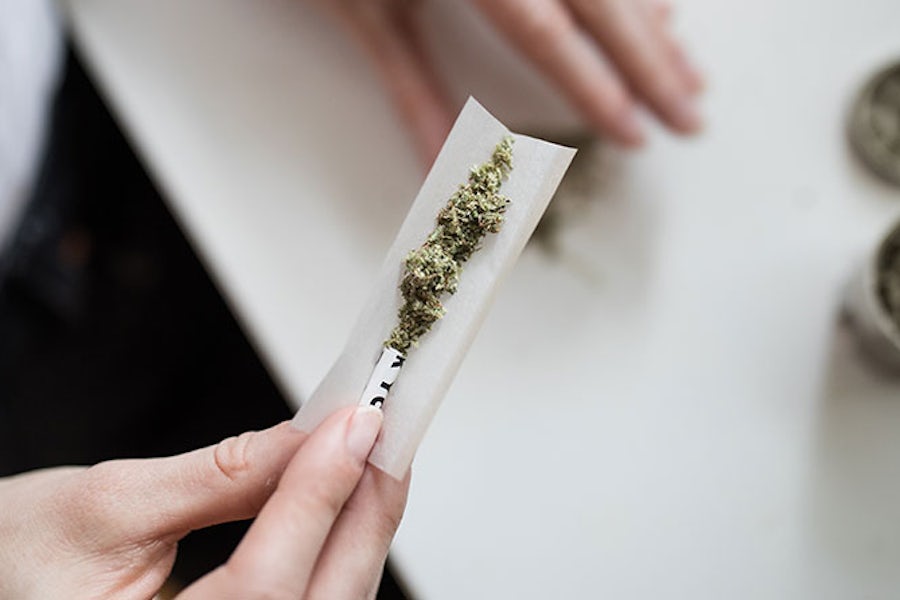 Cannabis is usually thought of as a treatment for nausea, not a cause of it. But for a small subset of heavy cannabis users who suffer from cannabinoid hyperemesis syndrome, consuming cannabis can cause recurrent episodes of severe nausea and cyclic vomiting that last for days or longer.

The syndrome can appear without warning after years or even decades of cannabis use, and the only definitive treatment for CHS is abstaining from cannabis altogether. One medical review found that 96% of patients had symptoms resolve when they discontinued marijuana.

For temporary relief, many people with CHS turn to hot showers or baths, and that has become a main indicator that doctors look for when diagnosing cannabis hyperemesis syndrome.

While it is generally believed that only a small subset of marijuana consumers will experience CHS, one study found that as many as one-third of heavy cannabis users (who consume it more than 20 days a month) meet the criteria for at least mild CHS.

Still, few CHS patients realize these bouts are related to cannabis consumption. Because cannabis tends to temporarily ease the symptoms related to CHS and is known to be a great treatment for nausea in general, many patients actually increase their cannabis use at first.

It is also often hard for people to believe CHS is being caused by cannabis, because most who use cannabis, even at heavy levels, do not develop this condition.

In addition to cyclic vomiting, patients with CHS have a particular profile of symptoms, which happens in three separate stages of the condition.

In the Prodromal Phase, patients experience early morning nausea, a fear of or impulse to vomit, lack of appetite and eating, and abdominal pain that can last for days. This stage can last for months to years, and during it patients tend to increase cannabis use to ease their nausea.

In the hyperemetic phase, we see the paradigmatic bouts of uncontrollable nausea and vomiting, along with abdominal pain increases and a strong compulsion to bathe in hot water. Patients also tend to experience weight loss and dehydration during this stage. These vomiting bouts repeat every few weeks or months.

If a patient stops cannabis use, they enter into a recovery phase where nausea, vomiting and abdominal pain subside, and eating and bathing habits normalize. This can take some time – usually at least 7-10 days after stopping cannabis. In more severe cases, this can take months or even years to fully resolve. If cannabis is reintroduced during this time, it usually leads to an immediate recurrence of the symptoms.

These protracted periods of vomiting are difficult to stop, and can leave patients with issues like dehydration, disorientation and electrolyte imbalance. In rare cases, this continued state of dehydration can lead to kidney dysfunction and even more rarely kidney failure.

It seems clear that chronic cannabis use can trigger CHS, given that abstaining from cannabis is the only way physicians have found to reliably treat the condition. However, researchers have yet to make a firm conclusion about the exact mechanism behind the condition.

Researchers have noted that cannabis’ effects are often biphasic — it causes opposite effects in different contexts. For some components in the plant, different doses could lead to either nausea or nausea relief.

Another theory is that while CB1 receptor stimulation (one of the endocannabinoid receptors in the body activated by cannabis) usually relieves nausea, it causes other effects on the gut, such as delayed gastric emptying, altered intestinal motility, reduced gastric motility and inhibition of gastric acid.

Or it may be that when endocannabinoid receptors like CB1 or TRPV1 are overstimulated by an excess of cannabis, they become desensitized and can no longer provide normal nausea relief, leaving patients overly nauseous without the internal resources to relieve it.

Still, what puzzles researchers is why this occurs only in some cannabis patients, and how to identify those who could be at risk. One paper hypothesized that CHS might only occur in those with a susceptibility to cyclic vomiting syndrome.
Some patients have theorized that their symptoms might be a result of pesticides in cannabis, but the profile for pesticide poisoning is significantly different from CHS. There are also anecdotal reports of CHS patients switching to organic, pesticide-free cannabis and continuing to have CHS symptoms. While pesticide poisoning is a potential danger with cannabis, it usually doesn’t manifest in the same way as CHS. 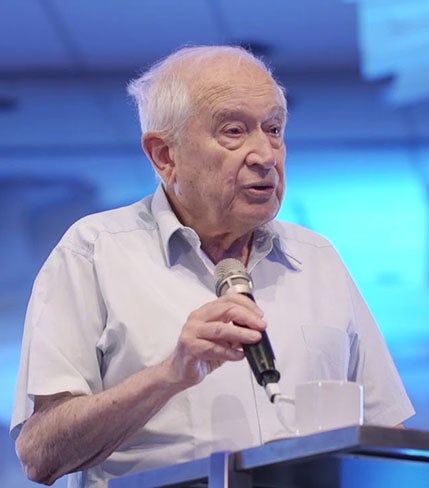 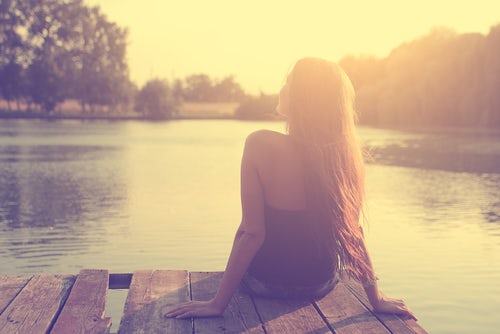 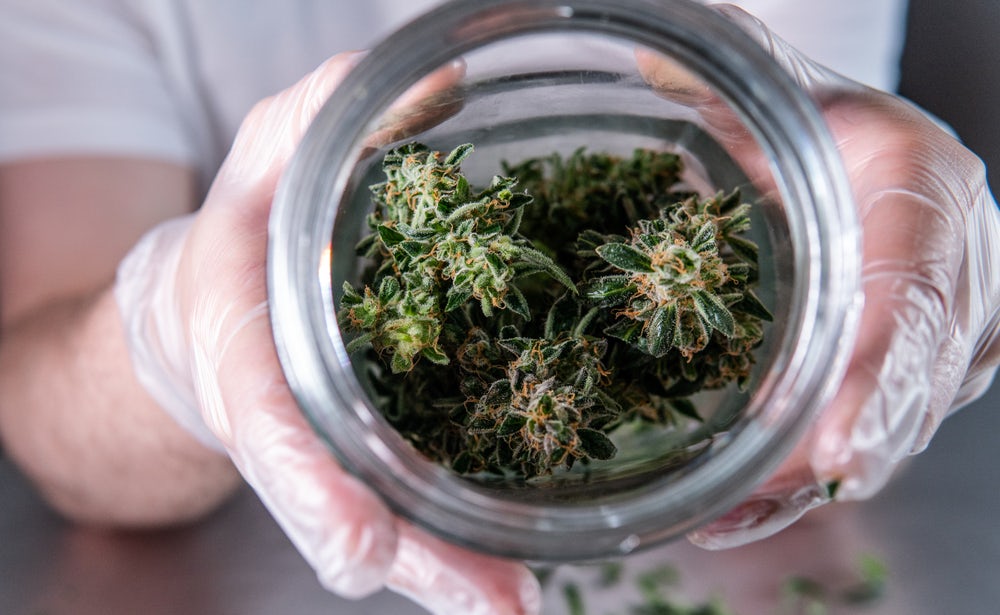 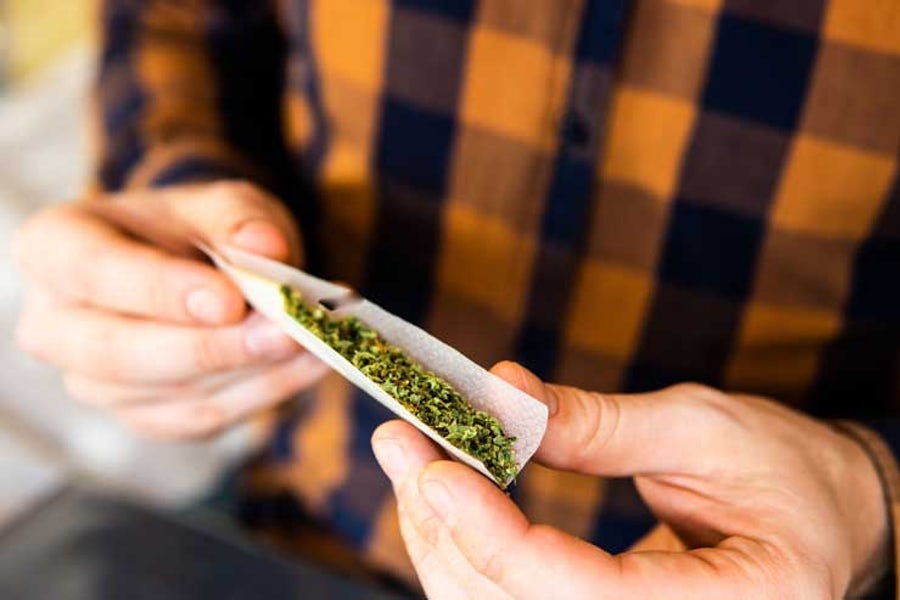 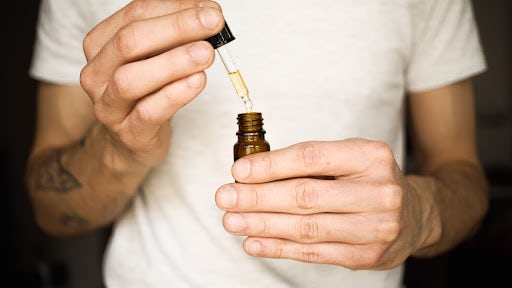 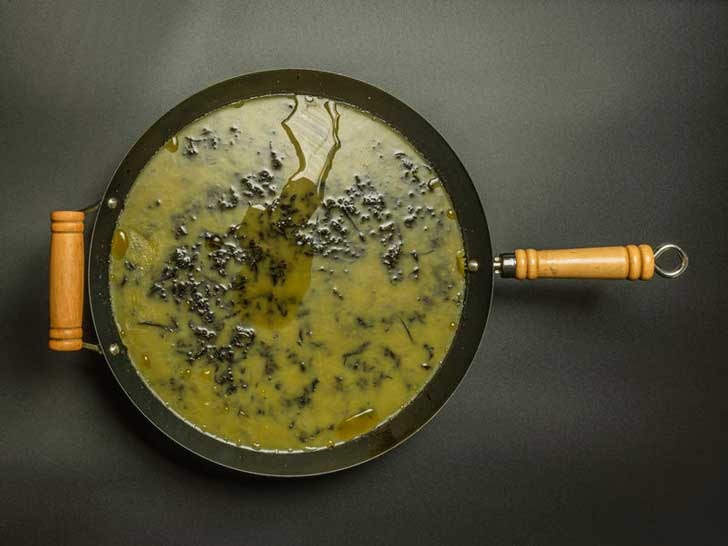 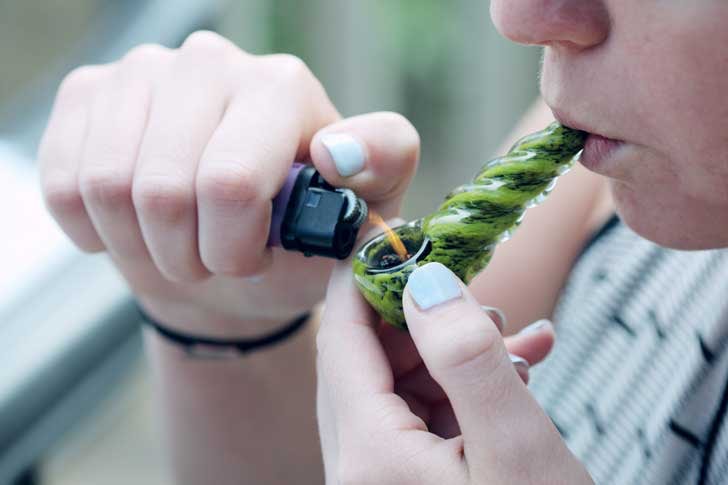 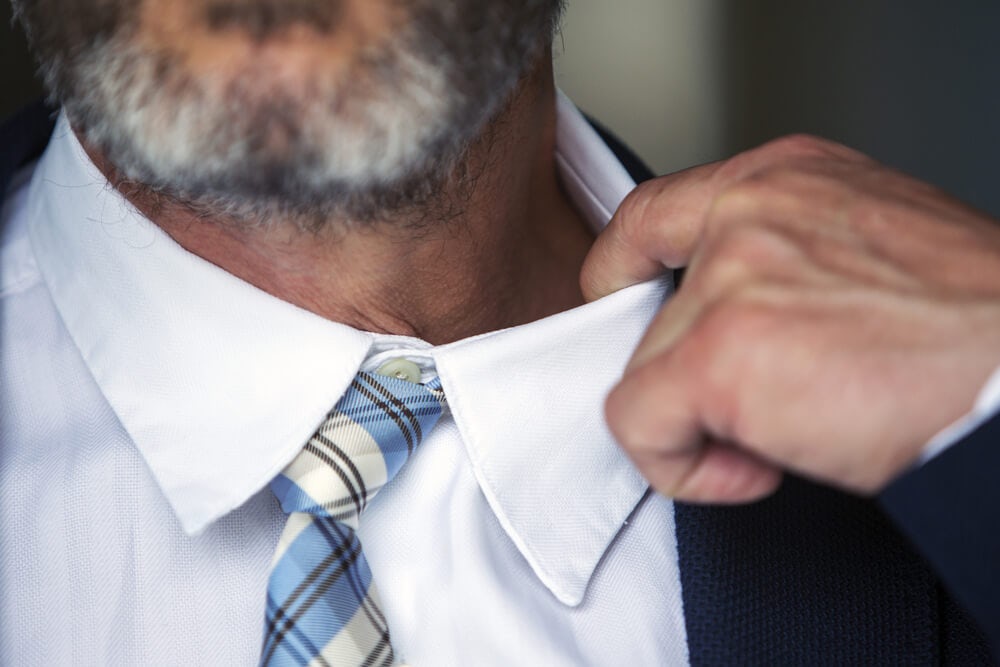 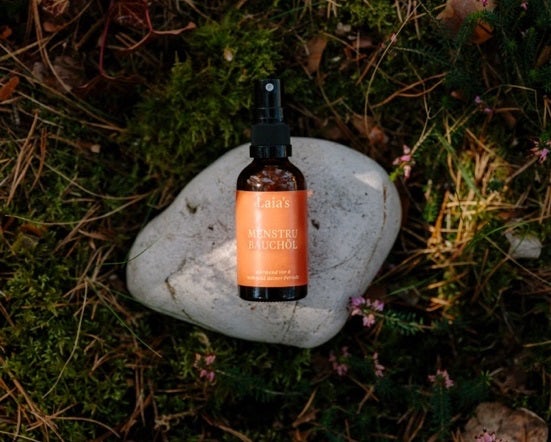 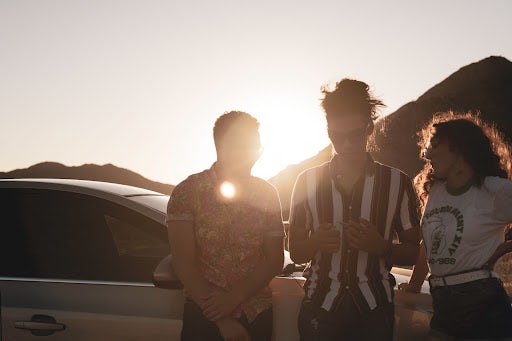 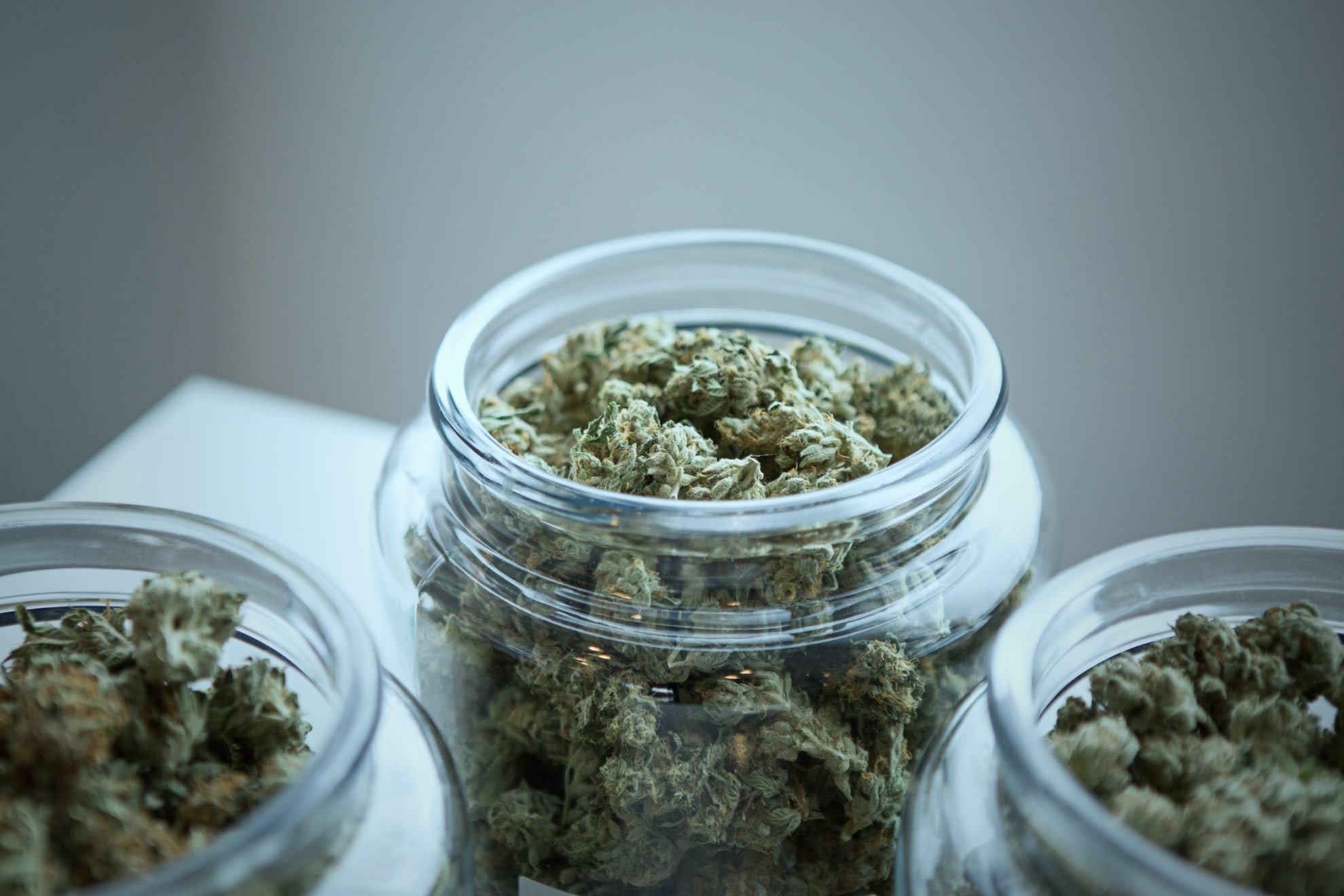 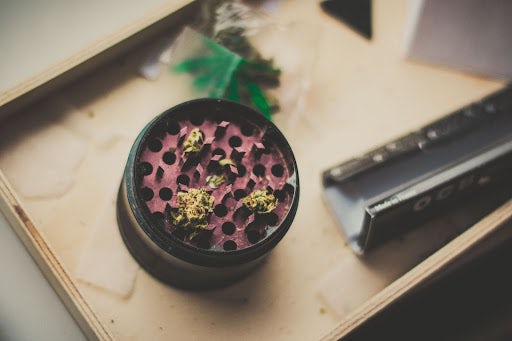