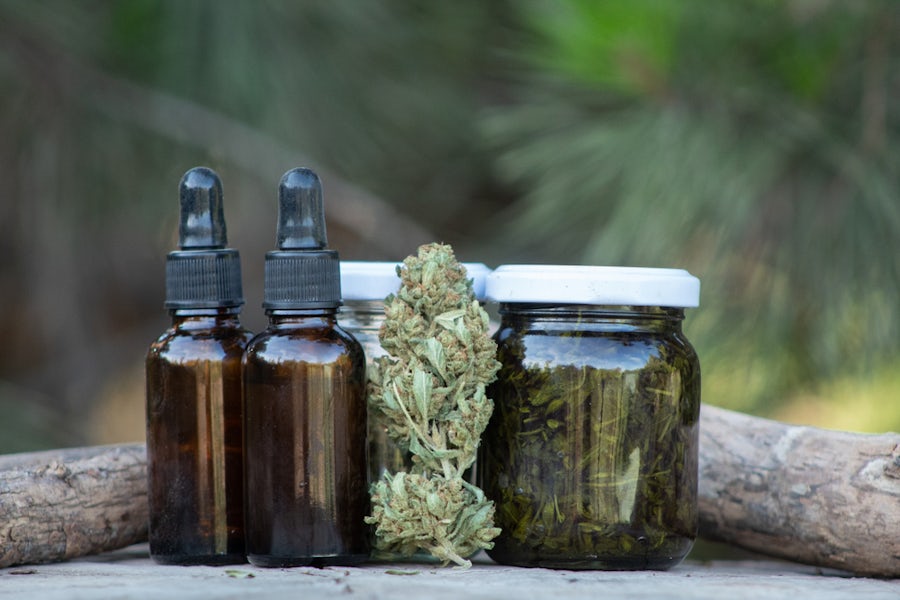 Looking at the chemical profile is the best way to choose between types of cannabis. (Shutterstock)

Once you’ve covered the basics about marijuana and multiple sclerosis, take a look at the rcight way to choose and use marijuana strains and products. Generally, cannabis can help with three main issues of MS — sleep problems, pain and spasticity. When picking a strain, it’s important to know what symptom/s you need to treat, as different cannabinoids and terpenes could be more efficient for each.

Type I is often the go-to for recreational consumers, but since CBD can alleviate some of the adverse effects of THC, and make dosing THC easier, Types II and III are often recommended by physicians and sought after by patients. These chemovars could also help mitigate the biphasic effect of THC, where low doses could help treat anxiety, for instance, and higher doses could actually trigger these effects.

How to choose a strain for multiple sclerosis

After you decide on the type of cannabis that’s best for you, two of the main factors to consider are the symptoms you want to treat, as each symptom may benefit from different  cannabinoids and terpenes that are more likely to treat them.

In a 2019 study, some 400 MS patients used medical marijuana to ease their symptoms. The majority (70%) of patients reported benefitting from cannabis for pain relief, 56% found that it helped with sleep disturbances like insomnia, and 49% said it helped with spasticity. So, looking for marijuana strains that could help with each of these symptoms — together or separately — would make sense.

The entourage effect theory suggests a synergy between cannabinoids and terpenes in order to maximize effects. This theory is mostly based on preliminary research, so it’s not yet accepted as a “scientific truth,” and more research is needed. But it does make sense, and given the dearth of evidence-based ways to match chemotypes with symptoms and conditions, for now the entourage effects theory is the best bet when trying to find the right cannabis for you.

When considering day strains vs. night strains, keep in mind that myrcene, BCP and linalool are often thought to be more sedative, while limonene, pinene and terpinolene could have a more energizing effect. Though as mentioned, the scientific evidence on the topic isn’t conclusive.

But at the end of the day, strain names can take you only so far. You can expect an estimation of the type of chemical profile you’ll encounter, but not much more. No one ever defined the chemical makeup of Strawberry Cough or Grand Daddy Purple. There’s no definition or trademark for strain names — anyone can grow anything and call as they wish.

The Cannigma strain reviews are based on average numbers from test results of products that have a similar name. But what’s really going to affect your experience is the ingredients in the one you get.

The following list can help you narrow down the options, but keep in mind you could also find the below products with different chemical profiles, so it’s important to know which chemicals are more likely to work for the symptoms you’re trying to treat. It’s also important to note that the numbers below reflect on tests of dried cannabis, as opposed to extracted cannabis products.

Here’s a list of marijuana strains (chemovars) that we identified as likely to be beneficial for pain sleep and spasticity. Keep in mind that some of the strains that can help with sleep could also be good for spasticity or pain, and vice versa.