They say when you die all the sitcom heroes of your youth are there waiting for you at the pearly gates. We don’t know if that’s true or not, but a couple hits of this potent indica-dominant strain should have you feeling warm and cozy, like you’re cuddling up on the Family Matters couch and Steve Urkel is locked out on the porch, unable to bring your high down.

Purple Urkle has been a wildly-popular hybrid for more than two decades, largely because of it’s striking purple colored buds, fruity and grape-tinged flavor, and it’s powerfully-relaxing effects, which can make it an effective treatment for a variety of health conditions.

But what makes this wildly-popular strain tick? Let’s take a look. 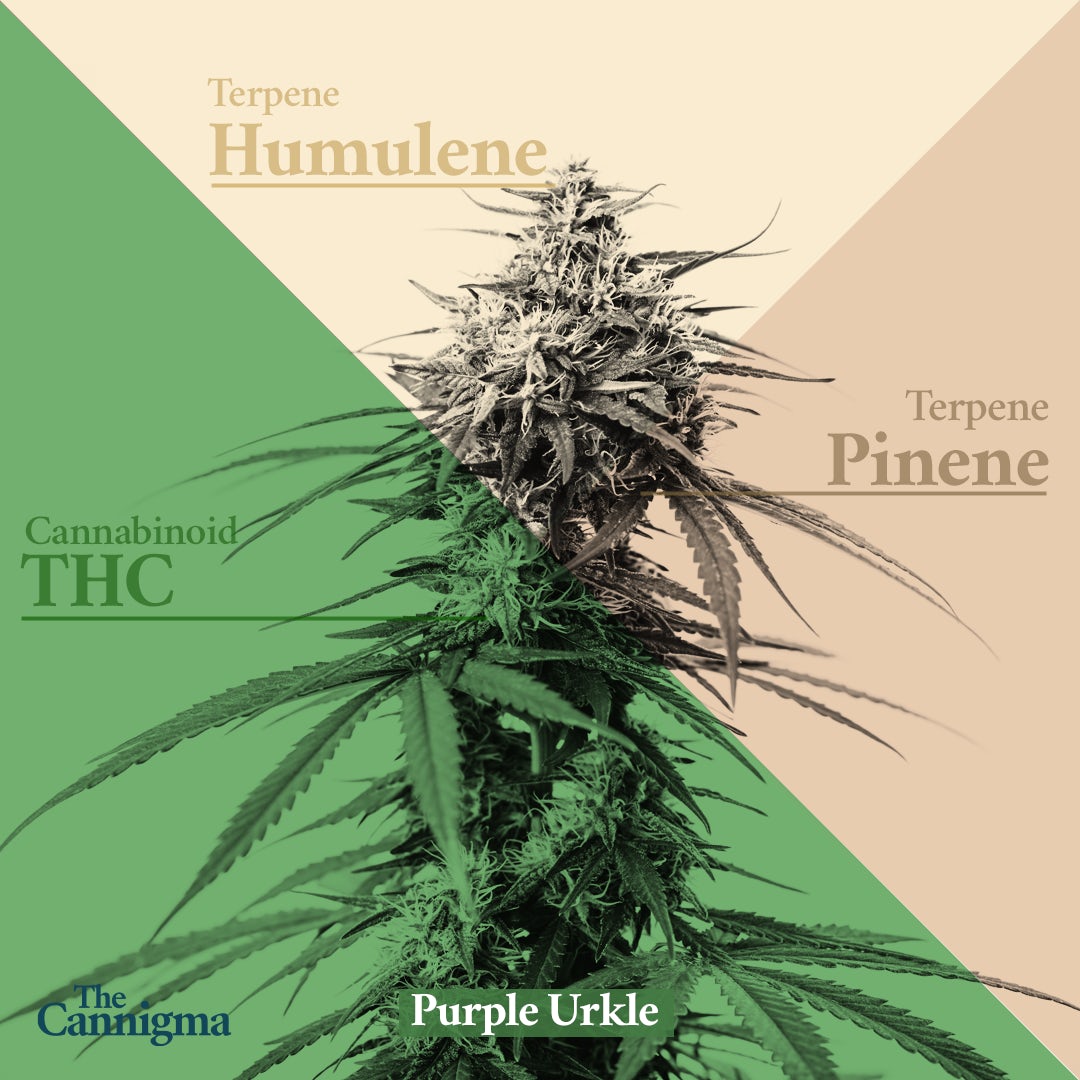 According to the Cannabis Pharmacy, purple strains like Purple Urkel “are nearly identical and are descended from the purple Afghan landrace varieties.”

The book states that Purple Urkle itself was first bred in the mid-90s in West Hollywood, and “became a mainstay cultivar in HIV/AIDS treatment.” The potency and tranquilizing qualities of this indica-dominant strain have made it a good option for treating nausea and discomfort, as well as insomnia, according to the book.

ILGM traces the origin of the strain back farther, to the 1980s, adding that its parentage can be traced to the strain Mendo Purps, from the Emerald Triangle marijuana growing region of northern California. Other sources trace it back specifically to the strain Grand Daddy Purple.

Whatever the specific genetics of the strain may be, it’s clear why it has purple in its name — because of the flavonoid  anthocyanin, which some plants such as blueberries, raspberries, and black soybean produce to protect against UV radiation.

Cannabinoids and terpenes in Purple Urkle

Cannabis varieties like Purple Urkle are often referred to as strains or cultivars, but in fact the most accurate term would be “chemovars.” Strain refers to bacteria and viruses, and cultivars is an abbreviation of “cultivated variety,” one that has been intentionally created or selected and maintained by cultivation.

Talking about the chemical profile of a given cannabis variety can be tricky. There’s no standard definition for any strain from a chemical perspective. In theory any grower can cultivate any strain of cannabis with any kind of chemical profile, and name it however they wish. So it’s difficult to definitively state the THC, CBD or CBG content of Purple Urkle.

For this report, we gathered Purple Urkle’s chemical profile from a variety of third party certificates of analysis, seed banks and marijuana websites such as Wikileaf, Leafly and ILGM.
The following numbers can give you an estimation of what you could expect to find in the Purple Urkle chemovar, but your best bet is always going to be looking for a certificate of analysis before you choose a cannabis product — this way you’ll know for sure what’s in it.

Caryophyllene 0.33%
* The numbers in the tables are averages of data from multiple resources
** Terpenes are of pharmacologic interest at concentrations above 0.05%

From the reports we found about the cannabinoids Purple Urkle:

As for the terpenes in Purple Urkle:

How Purple Urkle affects you

In the 5th season of Family Matters, hyperactive sitcom nerd hero Steve Urkel drinks a specially-concocted serum called “cool juice” and transforms into the smooth, debonnaire alter ego “Stefan Urquelle.” Purple Urkle won’t go that far with you, but with its strong, euphoric, couchlock high, don’t be surprised if it chills you out and makes those anxieties fade a little into the distance, even if just for a little while.

This is a high-THC strain with a fruity aroma that evokes grape with hints of skunk. It’s your classic “I’m home from work” or “I’m out of work” strain of herb. It’s deeply-relaxing, a little sleepy, and not the type you want to break out when you’ve got some chores to do or when it’s still not the afternoon.

Ultimately though, the effects of any strain can differ from one person to the next.

Purple Urkle isn’t the most energetic weed, not by a longshot. It can sap motivation as the user curls up into the couch — and this might not always be a desired outcome. Purple Urkle can also cause dry eyes and a dry mouth, so make sure to stay hydrated.

Purple Urkle is not considered a strain for beginner growers. It’s moderately difficult to grow, largely because it requires a lot of attention to the nutrients given to the plant and requires an intense feeding schedule.

And while Purple Urkle can grow well both indoors or outdoors, it actually grows better indoors and tends to take longer when planted outdoors.

According to ILGM, when grown indoors, Purple Urkle can yield around 18 ounces per square meter (1.6/sqf), and should flower in around 8-9 weeks.

Growing outside requires warmer, sunny weather – around 72-80 degrees fahrenheit and usually mid-October should be harvest time.

According to Leafly, Mendocino Purps is a parent of Purple Urkle, while Gobbilygoo and Rip City Purps are direct descendants. According to Cannabis Pharmacy, similar varieties are Grand Daddy Purple, Girl Scout Cookies, Mendo Purps and Grape Ape