Home Plant What are terpenes? 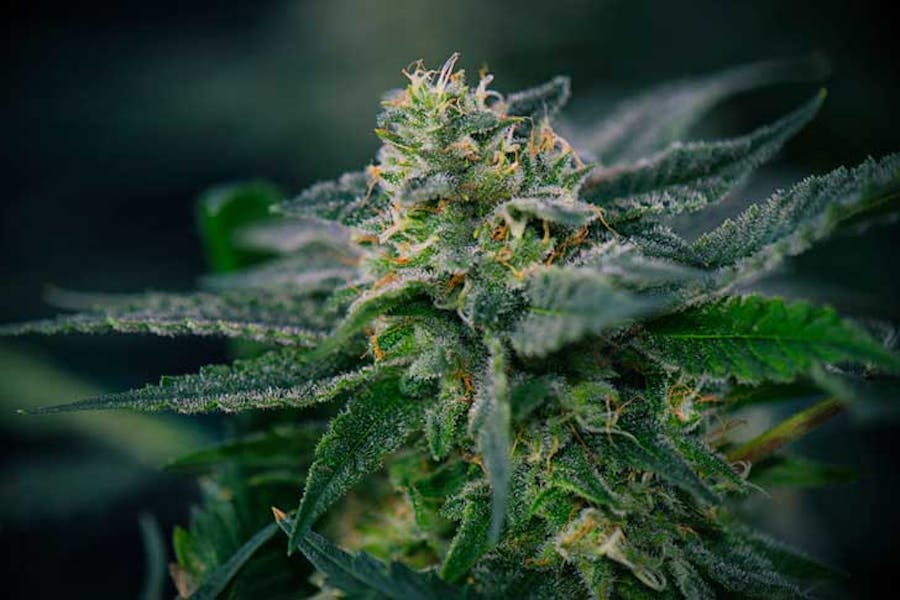 Terpenes, the molecules responsible for the distinct smell and taste of cannabis varieties, have an impcortant role to play in the plant’s effects. Research has found that the cannabinoid and terpene profile of a particular cannabis strain determines the high it produces — either uplifting or sedating — along with its therapeutic properties. Terpenes also seem to operate synergistically with cannabinoids, and influence their individual effects.

While the science behind cannabis is still a work in progress — and a fairly complex one at that — what we do know is that these tiny molecules that exist throughout the plant world have an important role to play.

Terpenes were first identified in the 19th century and got their name from turpentine, the essential oil of tree resin. They can be found all over nature, in most fruits, flowers and vegetables.

Terpenes only recently rose to popularity among cannabis enthusiasts, but really, they’ve been around since the dawn of time. These molecules influence the smell and taste of different plants, and more importantly – they also serve ecological functions, such as protecting plants from predators, attracting pollinators and fighting fungi.

You may encounter the terms terpenoids, mono-terpenes, and sesqui-terpenes in terpene-related literature. The differences between these classifications are very nuanced and scientific, and of little practical importance for the common cannabis/terpenes enthusiast.

Research indicates that terpenes, along with cannabinoids, determine two of the essential functions of cannabis:

And though like cannabinoids, terpenes are produced in hairs on the surface of cannabis flowers called the glandular trichomes, they have very different effects.

While cannabis websites, and even some scientific studies, often cite that there are 200 terpenes in cannabis, there are actually 50 prominent terpenes in North American varieties. Of these, 17 are most common — these are listed below.

These can be divided into a group of eight “super terpenes” — the ones you’re most likely to encounter in your average marijuana bud: myrcene, terpinolene, linalool, limonene, alpha-pinene, humulene, BCP (beta-caryophyllene) and ocimene.

Knowing the properties of the major cannabis terpenes can be a powerful tool when choosing a cannabis product. Specifically, you’ll want to understand the main terpenes found in high concentrations in cannabis, their aroma, effects and potential therapeutic uses.

Most of the information below is based on two studies about cannabis constituents from 2017 and 2018. Though terpenes are generally considered safe to use by the FDA, it’s important to note that this knowledge is mainly derived from preliminary research, based on animal models or in vitro studies. This means that this information can be used as a starting point for selecting a cannabis product, and should be done in consultation with an experienced cannabis practitioner.

Also known as β-Myrcene (beta myrcene), Myrcene is the most common terpene in modern cannabis strains in the US and Europe. It is thought to be highly sedative and is suggested as the main responsible agent for the ”couch lock” effect in strains that produce a “physical, mellow, sleepy” high. Myrcene has a herbal aroma, with spicy, earthy notes.

Thanks to its medicinal properties, myrcene is suggested as a potential relevant treatment for conditions and symptoms such as multiple sclerosis, insomnia, arthritis, inflammation, and pain.

Beta caryophyllene, aka caryophyllene or BCP, has a spicy aroma and is thought to be a relaxing and sedating terpene. It’s unique as a terpene because it also interacts with the body in a similar way to cannabinoids, via receptors in the endocannabinoid system, influencing its potential effects and therapeutic applications.

BCP shows potent anti-inflammatory and pain relieving properties in inflammatory and neuropathic pain. Through its stimulation of the CB2 receptor, it is suggested to be effective for inflammatory bowel diseases (crohn’s/ulcerative colitis), Parkinson’s disease, dementia, anxiety and depression. It has also been suggested as a potential aid for insomnia due to its relaxing, sedating and analgesic properties.

Interestingly, unrelated to the ECS, BCP has shown potential in the treatment of alcohol and cocaine abuse. And if all that isn’t enough, it’s also considered to be a potent anticancer agent.

There are two main types of pinene, alpha and beta, but alpha pinene is more abundant in cannabis. It has a woody aroma and can be found in large amounts in the resin of conifers such as pines (hence the name). Interestingly, pinene can potentially help with the short term memory loss associated with THC. It’s also suggested as a potential treatment for conditions and symptoms such as arthritis, dementia, asthma, SARS, acne, and cancer (particularly neuroblastoma, melanoma, and hepatic carcinoma).

Ocimene has a floral aroma with woody notes, and is suggested as a potential use in seizure-related conditions such as epilepsy, inflammation and different types of cancer.

Humulene is closely related to BCP from a molecular point of view (its other name is actually alpha-caryophyllene). Its aroma is often described as earthy and woody, sometimes associated with the “hoppy” aroma of beer. It has high concentrations in hops essential oil (humulus lupulus), from which its name is derived. Humulene is considered to be a strong anti inflammatory, antinociceptive and analgesic agent, suggesting potential benefits for both local and systemic pain (especially inflammatory pain). It also showed anticancer activity in preliminary research, and there are some anecdotal reports suggesting its efficacy in appetite suppression and weight loss, suggesting potential for conditions such as obesity.

Terpinolene is often considered to have a floral aroma with a twist of citrus and earthy fragrance. Though sedative in mice, subjective consumer reports suggest that cannabis varieties rich in terpinolene are actually stimulating in humans. The combination of THC and terpinolene might be the reason for this inconsistency. In cannabis, terpinolene is present in many varieties, but usually in low concentrations. It’s thought to be of potential value for conditions such as hypertension, pain (especially inflammatory), and cancer (particularly neuroblastoma and chronic myelogenous leukemia).

Though present in a lot of spices and flowers, particularly high concentrations of linalool can be found in lavender. This floral and spicy terpene has a long list of medical effects that suggest a potential application for conditions and symptoms such as anxiety, stress, depression, insomnia, pain and seizures.

As suggested by the name, limonene (aka D-limonene) has a citrus aroma and can be found in high concentrations in the rinds of citrus fruits. This terpene is believed to be responsible for the“cerebral and euphoric” experience, commonly attributed to some cannabis chemovars.

Limonene has been suggested as a potential treatment for a myriad of conditions and symptoms, such as multiple sclerosis, IBD (crohn’s/ulcerative colitis), anxiety, depression, inflammation, pain, asthma, obesity, arthritis, and cancer (particularly skin, breast, prostate and glioblastoma). It may also be helpful for Parkinson’s disease due to its antioxidant and neuroprotective properties, but this is yet to be researched.

Concentration of terpenes in cannabis

In the early 2000s the research traditionally found the total terpene concentration in cannabis flowers to be about 1%, which is quite low compared to cannabinoids that usually make up an average of 15-20%. But selective breeding has increased concentrations to as high as 4.8%, as shown in studies from recent years.

These low concentrations of individual terpenes, often much lower than 1%, might give the impression of irrelevance, but unlike cannabinoids, terpenes appear to be effective at concentrations above 0.05%.

Why terpenes are crucial in cannabis: whole plant vs isolated products

To understand how terpenes work in cannabis and why such low concentrations are effective, let’s first look at whole plant therapy, and more particularly at the entourage effect concept.

This theory is based on the known notion that, in some cases, whole plant products are more effective than their isolate derivatives. This concept isn’t backed by a lot of experimental evidence, but this is gradually changing. When it comes to cannabis, cannabis expert Dr. Ethan Russosuggests that major cannabinoids such as THC and CBD are influenced by each other, but also by terpenes and other minor cannabinoids that are present in much lower concentrations.

How cannabis terpenes affect you

It has been long held in cannabis pop culture that what gives cannabis cultivars their unique properties are their sativa or indica genetics — sativa as uplifting and indica as sedating — but science has gradually shed light on the complexity of the issue. In fact, the entire chemical profile determines how cannabis affects us, and more specifically the concentrations of specific cannabinoids and terpenes.

The role of terpenes in this is twofold: on the one hand they influence the type of “high” or intoxication you’ll experience. Some terpenes such as myrcene and linalool are more sedative, while limonene and terpinolene for instance, are associated with uplifting effects.

Secondly, terpenes may influence the efficacy of specific cultivars for different medical conditions. Some are anti-inflammatory (such as myrcene and BCP), others can be anxiolytic (alpha-pinene and limonene), and others are anticarcinogenic (limonene and ocimene). But it’s important to note that the jury’s still out when it comes to their combined effects.

For now, cannabis patients and recreational users can look at the research for each terpene, and test different combinations until they find the perfect chemical variation. For instance, when treating seizures, you can narrow down the possibilities, and test cultivars that are dominant in linalool or ocimene, which show anticonvulsant properties.

This might not be the traditional way to find treatment, and knowledge is indeed lacking when it comes to how the entourage effect works exactly, but one thing is clear: clinical evidence of the superiority of whole plant treatments over isolated CBD or THC is piling up.

More than 55,000 terpenes have been identified in nature, and new ones are being discovered on a regular basis. Along with smells and tastes, terpenes have also been shown to have anti-bacterial, anti-inflammatory, analgesic, anti-depressant, and anticonvulsant properties, among others. While clinical research is severely lacking, terpenes are the most important compounds in essential oils, which were used by ancient civilizations such as China, India and Egypt for aromatherapy. And though essential oils and aromatherapy have been long considered as alternative medicine, it’s clear that terpenes are biologically active, and are gradually gaining legitimacy in the scientific community as therapeutic agents.

Matan is all about cannabis and science. With a mixed background in journalism, cannabis production, and advocacy, he’s passionate about backing cl...

Thinking about getting
a medical cannabis card?