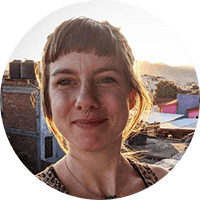 Cannabis is already a popular option for patients looking to relax and reduce stress, but how much do we know about how it works? Research tells us that the two most prevalent cannabinoids, tetrahydrocannabinol (THC) and cannabidiol (CBD), reduce stress and anxiety through their interaction with the endocannabinoid system (ECS).

Stress is a normal reaction to demanding or threatening situations in life. Our bodies have psychological and physical reactions for dealing with stress—by releasing hormones that raise your heart rate and raise your blood pressure. When the stressful situation ends, according to the Mayo Clinic, “your body is meant to return to a normal, relaxed state. Unfortunately, the nonstop complications of modern life mean that some people’s alarm systems rarely shut off.” When stress levels don’t abate, chronic stress can begin to cause health problems.

With the growing body of a clinical study into cannabis and stress, plus the deeper understanding of the endocannabinoid system as a whole, it seems highly plausible that further research will help cement the role of cannabis as an effective natural compound for stress reduction, most likely when paired with other therapies and methods.

The early research suggests CBD is especially effective, and in some cases, lower doses of THC may also be beneficial (and that higher doses of THC may trigger discomfort). Given that cannabis has a well-established safety profile with mild side effects, patients may find it is a useful tool for the treatment of stress and anxiety.

The ECS manages many physiological and pathological processes necessary for human life. These include mood regulation, stress management, memory formation and retention, appetite, pain, and inflammation. The system functions through a body-wide network of receptors and chemical messengers. Both sets of endocannabinoid molecules are in a constant state of flux—activating and deactivating physiological responses throughout the body.

There are two known endocannabinoid receptors: CB1 and CB2. The former is concentrated in the brain, central nervous system, and major organs like the heart, lungs, and gastrointestinal tract. The latter type is found throughout the immune system, the spleen, bones, and in the skin. There are also many areas where both exist.

In addition to the cannabinoids produced inside the body, there are also phytocannabinoids (similar molecules produced by plants), which also interact with the ECS. Cannabis plants produce the most by far, with over 140 known cannabinoids. When they enter the body, these natural compounds travel through the ECS and mimic many of the body’s naturally occuring endocannabinoids.

Two of the most common cannabinoids in cannabis are THC and CBD. Because of the way they interact with the ECS, they are the target of intense research for the possible treatment of chronic illness and disease.

Because the ECS plays a crucial role in the body’s internal stress response, it’s an obvious therapeutic target. According to a 2005 analysis of the ECS and stress response published in the Journal of Neuropsychopharmacology, “The stress response is a biological cascade of events that occurs in response to a real or perceived threat to homeostasis.” When it kicks into action, “it requires the coordinated activation of a constellation of physiological systems that act to promote the survival of the organism.”

Acute and chronic stress trigger a rapid reaction within the hypothalamic-pituitary-adrenal axis, different areas of the brain and the adrenal glands that regulate the body’s response to stress. First there is an immediate reduction in two primary endocannabinoids: anandamide (AEA) and 2-arachidonoyl glycerol (2-AG). Normally, AEA regulates dopamine levels, and can lead to a decrease in anxiety, and 2-AG is connected to pleasurable feelings and pain reduction. At the most basic level, stress-triggered reductions in both 2-AG and AEA generally lead to a decrease in pleasure.

During—and after—exposure to stressful stimuli, the increases in endocannabinoid signaling eventually affect other areas controlled by the ECS, including anxiety, pain, memory, and reward-seeking behavior.

In survey after survey, medical cannabis patients list stress as a top reason for use. Stress can mean many things to many people, but the sheer numbers of patients reporting it is a strong indication that it has significant therapeutic value. Research does show that cannabis has the potential to modulate stress thanks to its interaction with the ECS.

Of particular importance are the two most common cannabinoids: THC and CBD. Only the former is intoxicating.The cannabis-derived molecule THC is a CB1 agonist—meaning it binds perfectly to the CB1 receptors. While CBD is less direct in its mechanism, researchers believe it is a CB1 and CB2 receptor antagonist. This means it doesn’t bind directly with these receptors but instead inhibits their activity.

In a famous study performed in Brazil and published in Neuropsychopharmacology in 2011, researchers explored CBD’s impact on stress during a simulated public speech. The study looked at  24 patients with social anxiety disorder who were treatment naive (i.e., they had never undergone treatment for the condition), plus 12 control participants. The study found that “pretreatment with CBD significantly reduced anxiety, cognitive impairment and discomfort in [the patients’] speech performance, and significantly decreased alert in their anticipatory speech.”

In a 2017 study published in the Journal of Drug and Alcohol Dependence, researchers investigated the effects of THC on emotional responses to acute psychosocial stress. Researchers subjected the 42 study participants to varying levels of THC, in combination with the Trier Social Stress Test (TSST). The researchers also performed a control test. They found that low doses of THC “significantly reduced self-reported subjective distress after the TSST and attenuated post-task appraisals of the TSST as threatening and challenging.” The higher dose had a negative impact. Lower THC worked best during this controlled testing.

Are there risks of medical marijuana use for stress? Most experts agree with the findings of Caroline A. MacCallum and Ethan B. Russo that, “Cannabis has a superior safety profile in comparison to many other medications, with no reported deaths due to overdose.” Yet, cannabis is a psychoactive plant and should always be approached with caution. For example, children and youth are at a higher risk for adverse reactions due to high THC varieties. It’s important that all patients speak with their physician prior to use of cannabis.

Historically, cannabis has been a go-to therapeutic option for many people looking to reduce stress and regulate anxiety. It is always one of the top reported reasons for medical cannabis use, even if it hasn’t made the cut as a qualifying condition in the US, or at least not yet. With the growing body of a clinical study into cannabis and stress, plus the deeper understanding of the endocannabinoid system as a whole, it seems highly plausible that further research will help cement cannabis’ role is an effective natural compound for stress reduction, most likely when paired with other therapies and methods.

The early research suggests CBD is especially effective, and in some cases, lower doses of THC may also be beneficial (and that higher doses of THC may trigger discomfort). Given that cannabis has a well-established safety profile with mild side effects, patients may find it is a useful tool for the treatment of stress and anxiety.

Stress is the body’s physical response to challenging situations. When you feel stressed, your body releases hormones that allow your body to adjust to stress. These hormones include adrenaline, norepinephrine, and cortisol.

Stress can be a good thing. It gives you a burst of focused energy that can help you complete difficult race or finish a paper. Stress is a way for the body to react quickly to physical threats, like fighting off an attacker or running away from a predator. But if stress continues for too long, it can wear out your body and cause serious long-term physical issues. This type of stress is called long-term or chronic stress.

Stress affects everybody from time to time, but many people today feel stressed constantly. In 2018, one study found that 74% of people in the UK said that they felt so stressed that they were overwhelmed.

Chronic stress can affect every part of your life—your physical health, your mood, and the way you behave. Physical symptoms of stress include:

It can have a severe effect on your mood and your mental health, leading to depression, panic attacks, and anxiety disorders.

Ignoring symptoms of long-term stress can cause you to develop unhealthy habits, like poor eating habits that lead to obesity and diabetes, poor sleeping habits that can increase the risk of heart disease, and nervous tics like hair-pulling or biting your fingernails. Some of the health disorders that can be caused or made worse by stress include:

When to see a doctor

Everyone feels stressed from time to time in their lives. It becomes a problem when you feel stressed always or most of the time, and you never or rarely feel relaxed. If your stress symptoms seem to be out of your control, it’s time to visit your doctor or a therapist to learn better ways to cope.

There are many things in life that cause us stress, called stressors. Stressors can even be good or happy events, like the birth of a baby or getting married. While these are considered positive events, they can still cause a significant degree of stress for many people. Different people get stressed by different things, but some of the most common causes include:

The best way to treat stress is to find a way to remove the stressors from your life. If you’re experiencing short-term stress, you’ll probably find that your symptoms dissipate when the stressful event comes to an end. However, it’s not so easy to get rid of long-term stressors.

The good news is that there are many ways to reduce the impact of stress on your life and ease the impact of your stress symptoms. Some of the main strategies include:

Other therapies to relieve stress

Many people with chronic stress find that they can’t overcome their stress symptoms just through lifestyle changes and self-led strategies. They turn to one or many of the alternative treatments and therapies that are popular for easing the symptoms of stress: