For those about to smoke — we salute you, with a high CBD, low THC strain that won’t leave you feeling thunderstruck. Now that the AC/DC references are out of the way, it should be noted that this strain does not get its name from Australia’s greatest export, rather, it stands for “Alternative Cannabinoid Dietary Cannabis,” according to the strain’s original breeder. 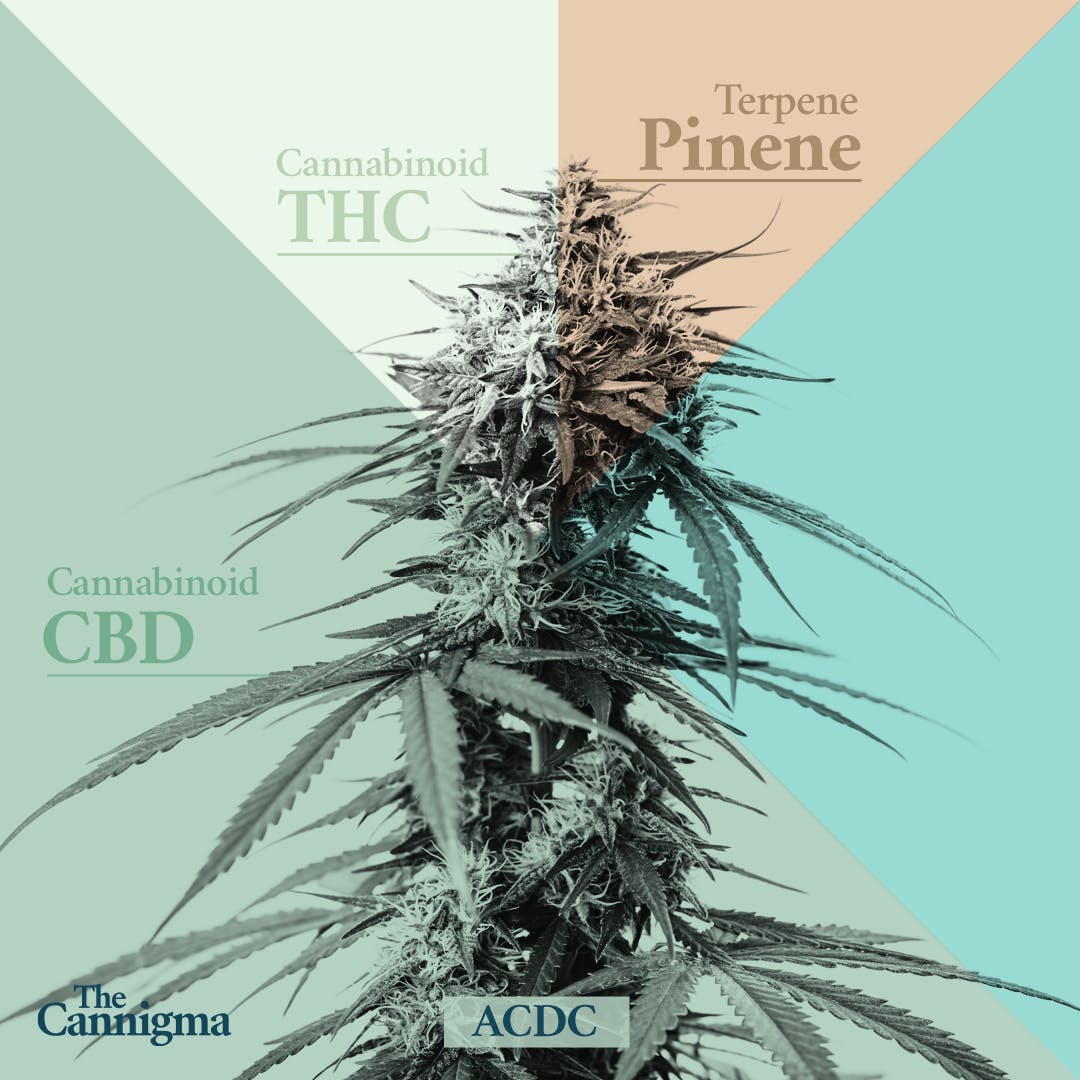 The “Father of ACDC” (other than Bon Scott) is a Northern California physician named Dr. William Courtney, who created the chemovar using Cannatonic seeds that he bought in Barcelona from the Spanish seed company Resin Seeds, according to High Times. A number of online seed banks have described it as a cross of Cannatonic and Ruderalis plants.

While the Cannatonic strain is widely credited with starting the CBD craze, as much as a quarter of its plants can produce high levels of THC, according to the strains original breeders. ACDC plants, on the other hand, do not produce flowers with more than a very small amount of THC, which makes it a highly-effective strain for people who want the medical benefits of cannabis without the high.

Similar to Cannatonic, the ACDC strain is widely listed as a 50-50 indica/sativa hybrid. That being said, anticipating the effects of a given cannabis product by its sativa or indica origins has very little science to it, and you should always look at the chemical profile, and more specifically- the dominant cannabinoids and terpenes.

Cannabinoids and terpenes in ACDC

People tend to name things to better understand them, which is the point of language to begin with, in a sense. But with types of cannabis this is somewhat challenging. The names that are given to cannabis varieties, aka strains, are usually chosen with no system of scientific logic. So theoretically you can grow any type of cannabis and call it ACDC, and no one can tell you otherwise because there’s no strict definition of the ACDC strain.

For that reason, we gathered a variety of laboratory tests of different cannabis products labeled as ACDC, and found that the following cannabinoids and terpenes stand out as common in this variety.

The information we found shows ACDC to be dominant in CBD, and with low to medium amounts of THC (1-5%), and some CBG and CBC. In terms of terpenes, myrcene was always very high, and there were ranging amounts of pinene, BCP and limonene.

Limonene 0.09%
* The numbers in the tables are averages of data from multiple resources
** Terpenes are of pharmacologic interest at concentrations above 0.05%

How ACDC affects you

Based on that chemical profile, ACDC could be beneficial for a variety of conditions such as IBD (ulcerative colitis and Crohn’s disease), MS, pain, inflammation, anxiety, obesity, alcohol and cocaine addiction, dementia, parkinson’s, asthma and stress.

Since most of the scientific literature regarding these compounds is preclinical, we can’t say for sure that ACDC can help treat these conditions, but picking your cannabis based on its chemical profile can definitely narrow down the options, and help you in your process of finding the right cannabis product.

In terms of the kind of intoxicating effects you might get from ACDC, a common misconception is that CBD dominant chemovars aren’t intoxicating. When the CBD:THC ratio is around 2:1, CBD can actually enhance the psychotropic effects of THC, while in ratios such as 8:1 (and higher) CBD can have the opposite effect and kill the high.

If the cannabinoid profile is indeed an intoxicating one, the type of high you’re going to experience might vary depending on the dominant terpenes. Though myrcene, which is commonly very high in ACDC, is very sedating, other terpenes such as limonene can be uplifting and energizing.

In order to know what the cannabinoids and terpenes profile of the ACDC you’re getting is, ask your budtender for its certificate of analysis.

Even more than its parent strain Cannatonic, ACDC can be a difficult strain for beginner growers.

It can be susceptible to mold and mildew so air circulation is important. The strain also likes a consistent temperature, so make sure to keep it between 68 to 80 degrees Fahrenheit. The plant should be given regular mineral supplements like calcium and magnesium, but care should be given to not overfeed.

ACDC typically grows as a bushy plant that can reach around four feet tall with slightly purple leaves and large buds. The plant can be grown indoors and outdoors and flowers in around 9-10 weeks, or slightly longer if grown outside. Because of its relatively short, bushy stature, it can be grown somewhat more discreetly than other strains.

ACDC is most closely related to its parent chemovar, Cannatonic. It has the same, basically equal ratio of sativa and indica, but unlike Cannatonic it can have much less THC, while still maintaining the same high level of CBD.

Medical cannabis patients who are used to high CBD strains that don’t produce a psychotropic effect may find that this strain produces a similar result, though, as we can see, the cannabinoid and terpene profile may vary. Like Cannatonic, ACDC can be effective for inflammatory pain and a variety of other conditions including stress, and muscle spasms.

Other similar high CBD, low THC strains include Charlotte’s Web, Harle-Tsu, and Ringo’s Gift, the latter being a cross of Harle-Tsu and ACDC.

How to Got soggy cannabis? 5 ways to dry your wet weed
Previous Article Sour Diesel Next Article Harlequin
The Cannigma uses cookies to improve your experience and to show you personalized adsACCEPTPrivacy Policy
Manage consent