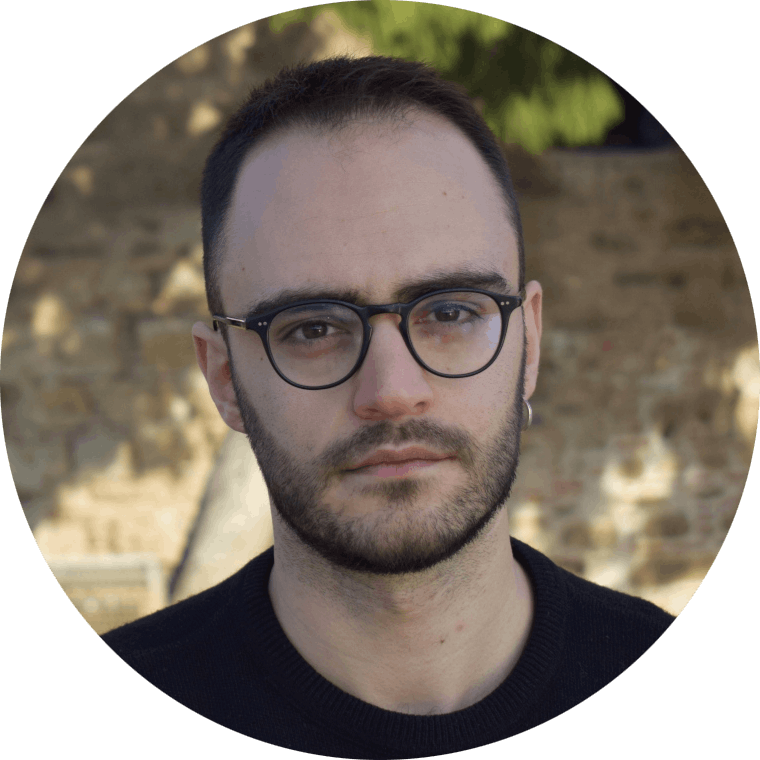 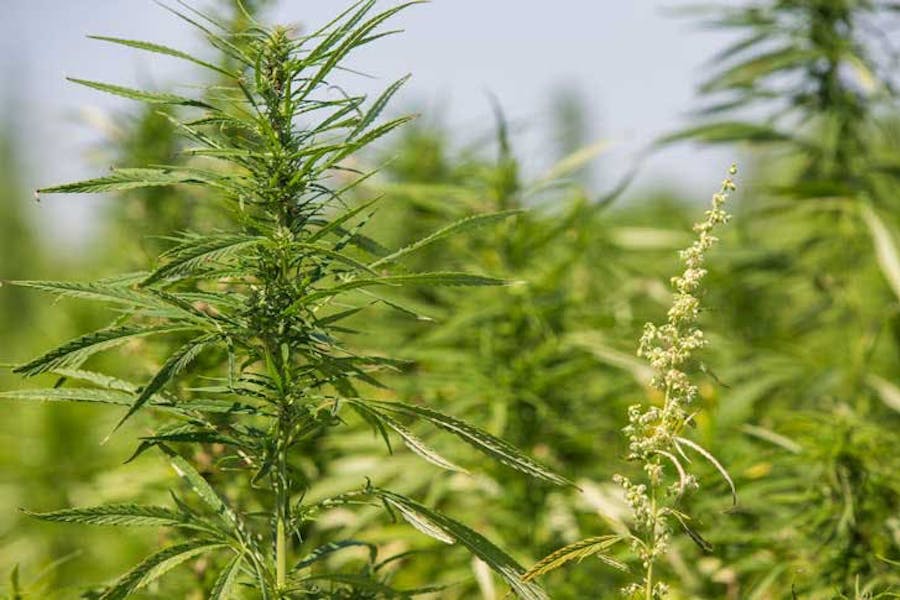 Now that marijuana has become more accepted in North America, many cannasseurs are eager to try their hand at indoor cultivation. However, since cannabis cultivation skills have been underground for so long, many enthusiasts don’t know a lot about growing their favorite herb. Heck, many first-time growers don’t know much about the parts of the cannabis plant beyond leaves and flowers.

➤ Easily grow your own cannabis at home. All you need is seeds.

Before anyone starts germinating their first batch of seeds, they should review the basics of this beautiful plant’s biology. A thorough understanding of the different parts of the marijuana plant will help you grow a successful batch on your first go.

One crucial feature new cannabis growers must understand is that marijuana isn’t unisex. Depending on your starting seeds, environment, and growing techniques, you could wind up with a male, female, or hermaphrodite plant. Unless you want to breed your own seeds at home, you must focus on cultivating female plants.

Only unpollinated female plants produce the cannabinoid-rich flowers that marijuana consumers treasure. Once a female plant is pollinated, it will focus its energy on producing seeds, rather than growing potent buds. And since nobody wants to smoke seedy, low-quality bud, make sure to keep any pollen away from your females.

At these tight junctures, you should notice the beginnings of pollen sacs or hair-like structures called pistils. Unsurprisingly, the pollen sacks are associated with males, while the pistils appear on females.

In some instances, you might notice a combination of both pollen sacs and pistils. This feature indicates you have a hermaphrodite plant on your hands.

If your goal is to produce the most potent buds imaginable, you must remove all male and hermaphrodite plants ASAP. Once the pollen is released into the air, it will latch onto the pistils of female plants nearby and they will produce seeds rather than big buds.

How do you spot a high-quality cannabis seed?

Speaking of seeds, let’s continue our cannabis morphology exploration by looking into these single-celled organisms. Like any other flower, every cannabis plant’s seed contains the “genetic blueprint” for its future maturation. In nature, there’s usually a 50/50 chance marijuana plants will express male or female seeds. Not so long ago, the only way to grow female plants was to plant all of your seeds and weed out the males before they could pollinate your females. Since the 1980s, however, professional growers have been using feminized seeds that take the guesswork out of sexing your strains.

Since these seeds contain the DNA that will become your plant, you should ensure you’re starting with healthy genetics. Here are a few things to look for in healthy seeds:

As you germinate your seeds under damp paper towels, you should begin to notice the cannabis plant’s first organ emerge: roots. At this early stage, you’ll only see the central taproot breaking through. Once transplanted into soil, this taproot will grow vertically into the ground and provide your plant’s stem with stability.

But roots aren’t just tasked with keeping your plant steady. Your plant’s roots play a crucial role in absorbing nutrients and water from the soil. Recent research also suggests cannabis root networks interact with various beneficial bacteria in the ground.

Since these roots branch out so widely, growers must transplant their marijuana plant as it matures. Cannabis plants that don’t have enough space are at risk of becoming root-bound. Warning signs your plant is root-bound include fast-drying soil, yellowing leaves, and unsteady plants.

Cotyledons: The first inklings of life

Unfortunately, growers can’t observe their cannabis plants’ roots branching out…because those roots are underground and out of sight. However, cultivators will know everything is going smoothly once a few cotyledons emerge.

These tiny green leaves break through the soil as your seedling develops and will eventually fall off as larger structures begin developing.

The cannabis stem and how to train it

The stem is to the cannabis plant what the spine is to humans. This thick, vertical organ supports new branches and provides stability as your cannabis plant grows upwards. Also, this central stem draws in critical nutrients and water from the soil and delivers them to the upper parts of the plant.

If left to grow on its own, the stem of a cannabis plant will grow straight up in the shape of a Christmas tree. While there’s nothing “wrong” with growing your plant this way, it doesn’t take full advantage of your plant’s potential. Also, if you’re growing in cramped quarters, you might not be able to grow tall plants without a bit of manipulation.

As briefly mentioned above, many branches will shoot off of the central stem as your plant matures. The junctures where these branches connect to the stem are called nodes. Botanists use the term internodes to describe the space between each node.

Growers often look at these nodes during the vegetative stage to double-check their marijuana plant is female. A female cannabis plant should have only white hairy protrusions known as pistils. If you are seeing small pollen sacks, your plant is likely male or a hermaphrodite and should be discarded immediately.

You could also determine whether a cannabis plant is an indica or sativa-based strain by looking at the internodes. Typically, strains that lean towards the indica side of the spectrum will have shorter internodes than the lanky sativas. You’ll also discover that indica strains tend to have more node sites than sativa strains.

Fan leaves vs. sugar leaves: What are they good for?

Without question, fan leaves are the emblem of marijuana culture. Found on all branches, these thin, pointy green leaves play a significant role in converting light and CO2 into energy. As a bonus, these leaves are fantastic indicators of a cannabis plant’s overall health. Whenever cultivators notice their fan leaves drooping or turning yellow, it’s a safe bet there’s something off in terms of temperature, water, or nutrient levels.

Even though fan leaves are so iconic in cannabis culture, they aren’t all that valuable in terms of effects. While you could press some cannabinoids out of these leaves, most people simply trim and toss fan leaves during harvest.

However, cultivators should look out for sugar leaves on their cannabis plant’s flowers. Although they’re not as large as fan leaves, sugar leaves play a significant role in the photosynthesis process. As the name suggests, these leaves have a sugary coating of cannabinoid-rich trichomes.

Sugar leaves don’t have the same amount of trichomes you’ll find on the buds themselves, but that doesn’t mean sugar leaves are worthless. Many people enjoy making extracts or edibles with reserved sugar leaves.

Arguably, some of the most misused terms in cannabis plant morphology are “calyx” and “bract.” While both of these structures protect the female plant’s seed production site (the ovule), they aren’t the same thing.

When many cultivators mention the calyx, they are talking about the tiny, tear-shaped leaf that covers the ovule, which is actually the bract. Bracts are one of the most valuable parts of a marijuana plant because they produce a dense layer of sticky trichomes.

While you could easily see bracts at the lower part of your plant’s colas, it’s actually impossible to see the calyx cells with the naked eye. These tiny protective structures also cover the female marijuana plant’s seed pod.

By the way, since bract protects the female plant’s reproductive site, you should find a large concentration of hair-like pistils nearby. As we’ve already mentioned, pistils are the thin structures that catch pollen from male plants.

Interestingly, you could determine the age of your marijuana plant by observing the colors of these pistils. At first, pistils will look bright white, but they will change to yellow, amber, and brown as the plant matures. In most cases, it’s a good idea to think of harvesting marijuana when most pistils start to change to the yellow and amber stage.

The star of the show: King Cola

After reviewing all the above info, you might be asking: “So what part of the marijuana plant do I smoke?” While you could technically smoke sugar leaves, when people talk about smoking ganja, they’re referring to the colas.

Colas are the dense flower clusters that sprout from the main stem and various branches. Commonly called “buds,” the cannabis flowers contain the highest concentrations of cannabinoids. These buds also hold most of the aromatic terpenes that give cannabis strains their distinct smells and flavors.

The most significant cannabis cola is located at the top of the central stem and is sometimes called the apical cola. If you let your cannabis plant grow naturally, this cola will dominate other bud sites in terms of size and potency. However, if you use training techniques like topping, Scrogging, or LST, you could increase the size and potency of multiple cola sites.

Use trichomes to time your harvest

To better understand why buds are so valuable, you have to know a bit about “trichomes.” Inside these sticky pods, you’ll find all of the highly desirable cannabinoids and terpenes. Without these trichomes, smoking cannabis wouldn’t have any flavor or psychoactive effects.

Since these trichomes are so small, cultivators often use a jeweler’s loupe to examine them before harvest. Early in the flowering stage, trichomes on your buds should have a translucent appearance. However, over the next few weeks, you’ll notice these trichomes transform to a milky-white shade that eventually morphs to a reddish-orange.

Generally, you want to harvest your cannabis buds when the majority of trichomes are milky white. This color indicates that the psychoactive cannabinoid THC is at its highest potency. If you hold off harvesting until most trichomes turn amber, your weed plant will have higher traces of the cannabinoid CBN. Although scientists still don’t know much about CBN, some consumers claim late-harvested strains have strong sedative effects.

While you could always dig deeper into the field of cannabis plant morphology, the above descriptions should give you a good overview. For a successful grow, please take your time reviewing pictures of your chosen strain beforehand. By better understanding this plant’s fascinating biology, you should feel more comfortable dealing with any “pot-ential” cultivation issues.

Cat dad, cinema enthusiast, blogger. My life is currently split between Athens, Amsterdam, and London. I've been around cannabis growers and aficio...