by Elana Kirsh Goldberg
Grow with 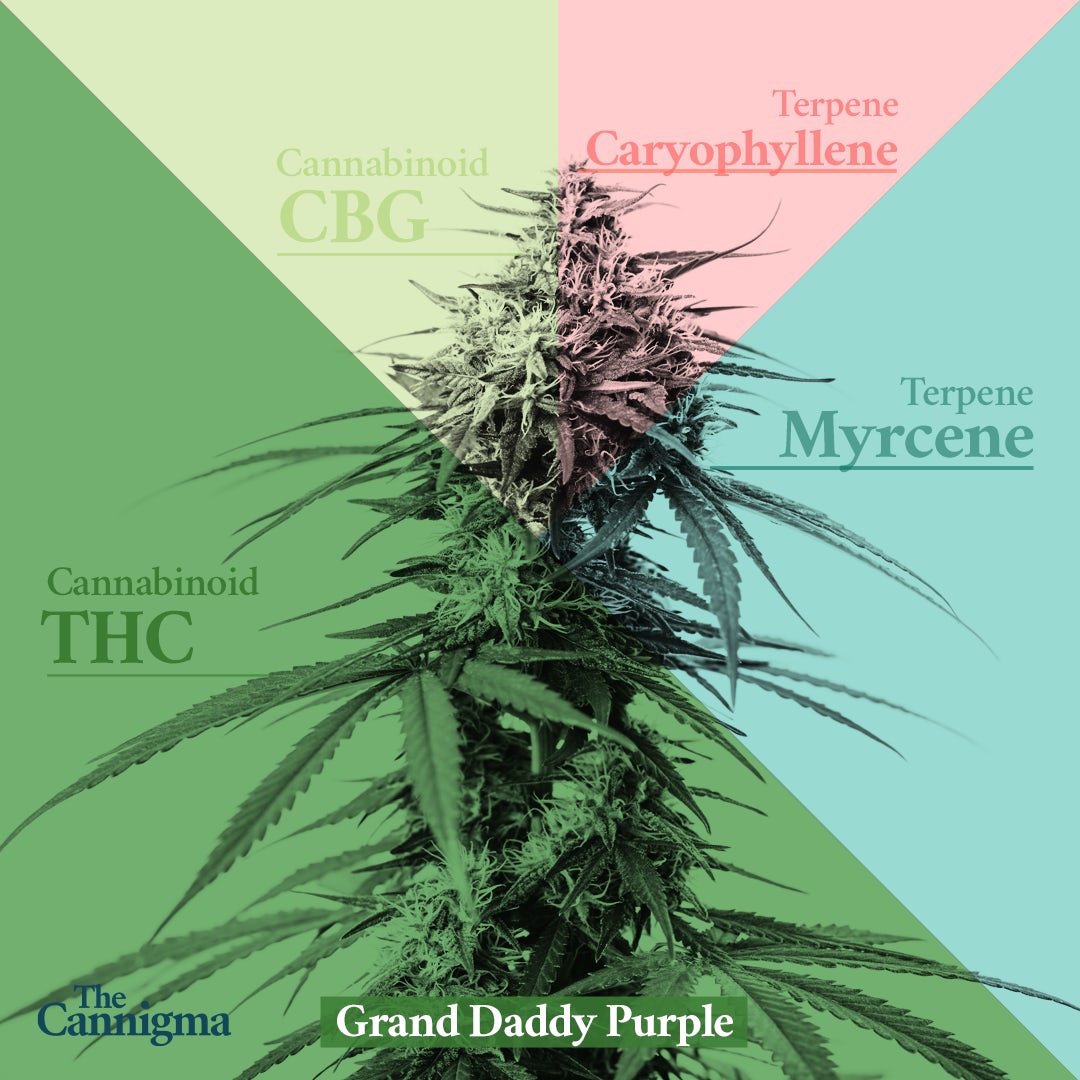 The origins of Granddaddy Purple

While still seen as something of a novelty, the first purple cannabis actually arrived in California in the mid-1960s from Mexico. According to a story cited in Cannabis Pharmacy, a smuggler managed to drive 110 pounds (50kg) of purple marijuana flowers from Mexico to the Golden State. Within five hours of arriving in San Francisco he had sold the entire batch, straight from the trunk of his car.

On GDP specifically the details are barer, though Estes was quoted in an online interview with a particularly fortuitous tale. According to the story, Estes had just made a hefty sum on a previous grow, when a Native American friend of his hit some financial troubles. Estes recalled how he listened to God and to his heart, and decided to give his friend the money.

Two days later, the friend introduced Estes to a Native American medicine man who gave him a plant like no other he’d seen before. This plant was what would become the Grand Daddy Purple strain. And the rest is history.

Popular in the Bay Area since that trunk sale back in the 60s, purple varieties of cannabis get their color from the same flavonoid group as blueberries, apples, and grapes—called anthocyanin. And while you’d be forgiven for assuming that this accounts for Granddaddy Purple’s fruity, berry-like aroma, that’s more likely related to the strain’s terpene profile.

The variety won first place at the Denver High Times Cannabis Cup in 2015, for Best US Indica.

How Granddaddy Purple Purple affects you

Granddaddy Purple is widely touted on medical marijuana websites as a relaxing, sedative strain, making it a good fit for pain and stress management, along with sleep issues, depression and anxiety. Cannabis Pharmacy points out that purple strains in general have a tendency to make users forgetful, which can help in the treatment of PTSD.

In addition, the book recommends this strain for treating any serious illness in which “just waiting it out” is part of the process. In other words — it’s known for its properties of easing physical and mental discomfort.

Depending on what you’re looking for, the “couch-lock,” full body high attributed to this strain can be either a positive or negative effect. For pain, sleep and stress — it’s a godsend. For getting things done, remembering what you’re in the middle of saying, and driving or operating heavy machinery — not so much.

Cannabis Pharmacy says it best when mentioning the dissociative effects of GDP, in that consuming this strain is likely “to leave you precisely where [it] found you.” This is not an energizing variety, except for perhaps during the initial onset.

Cannabinoids and terpenes in Granddaddy Purple

When it comes to cannabis, chemical profiles are tricky. Though most cannabis enthusiasts believe that the effects of a strain can be predicted by its morphology — ie whether it’s sativa or indica, or the color of its flowers — from a scientific perspective this is not the case.

Added to that, growers can basically give their plants whatever name they want, making it very difficult to assess the chemical content of a particular strain. Looking at GDP specifically, we found lab results that showed THC ranging from 12% to 27% — a decidedly wide range.

This report aggregates data on Granddaddy Purple from a variety of third party certificates of analysis, seed banks and marijuana websites such as Wikileaf, Leafly and ILGM.

The following numbers can give you an estimation of what you could expect to find in Granddaddy Purple, but your best bet is always going to be looking for a certificate of analysis before choosing a cannabis product — this way you’ll know for sure what’s in it.

Humulene 0.14%
* The numbers in the tables are averages of data from multiple resources
** Terpenes are of pharmacologic interest at concentrations above 0.05%

How do you grow Granddaddy Purple?

Most of the cannabis cultivation websites herald Granddaddy Purple as a good beginner strain, as it’s resistant to common diseases and can grow both indoors and outdoors. It’s known for massive yields, oversized buds, and a decided preference for humidity.

Wikileaf cautions that the oversized buds can get heavy and weigh down the plant, especially in outdoor grows. In this case, some support in the weeks before harvest can help to protect the plant’s frame.

According to ILGM it can produce up to 17 ounces per plant when grown outdoors,  and up to 1.5 ounces per sqf when grown indoors. Harvest time is mid-October, and flowering time is 8-11 weeks, though according to Leafly it’s 7-9 weeks.

When it comes to climate, ILGM recommends keeping it at around 50% humidity. Grand Daddy Purple is a shorty, and according to Leafly won’t get higher (no pun intended) than 30 inches.

GDP is a descendent of two hefty indica strains, Big Bud and Purple Urkle. According to Wikileaf, the variety takes the best characteristics of each parent — the purple color from Purple Urkle and the dense buds of Big Bud. There’s some confusion as to whether another famous purple strain — Grape Ape — is actually the same strain, but if it’s not then it’s very similar.

Cannabis Pharmacy cites Girl Scout Cookies and Kryptonite as similar varieties, and according to Leafly, Cirrus and Ivan are two of its offspring strains.

Ask the Expert Can I substitute coconut oil for vegetable oil in weed gummies?
Previous Article Blue Dream Next Article Hindu Kush
The Cannigma uses cookies to improve your experience and to show you personalized adsACCEPTPrivacy Policy
Manage consent