Can marijuana help with anxiety?

Can cannabis be a helpful remedy for anxiety? While research on this topic is ongoing, it’s clear that cannabis is very popular — both recreationally and medicinally — for its ability to elevate the mood and make simple everyday experiences more enjoyable, or just less stressful. Along with sleep, anxiety is one of the most common reasons people use cannabis therapeutically.

Cannabis also interacts with the body’s endocannabinoid system, which plays an important role in modulating functions ranging from sleep to mood, energy, and pain.

It’s worth noting though, that like with many medications, there isn’t a single set dose that works for everybody. The active ingredients in cannabis can produce two opposite effects, depending on the dose taken. In the case of anxiety, low doses can ease anxiety whereas higher doses can exacerbate it. As such, using cannabis to ease anxiety can take some trial and error, and a medical professional should be consulted.

Medical research on anxiety and cannabis

Anxiety is one of the most common conditions that cannabis is used to treat — one of the top five in North America. Let’s take a look at what the research says, to better understand if and how cannabis actually helps people with anxiety disorders.

The research on anxiety has been limited and somewhat inconclusive, in large part because of cannabis’s unpredictable effects on anxiety. While one factor is clearly dosage, cannabis is also an extremely diverse plant and cannabis products can contain a wide variety of different active chemical components — producing very different effects.

Cannabidiol (CBD) is one of more than 140 identified cannabinoids, and because it does not have the intoxicating effects of THC, it is often widely available in places where medical marijuana has not been legalized. There is some research that seems to indicate CBD can be helpful for treating anxiety.

How cannabis works on anxiety

The endocannabinoid system (ECS) exists in all vertebrates and helps regulate crucial functions such as sleep, pain, mood and appetite. The human body produces its own cannabinoids, which modulate and activate its various functions, but as its name suggests, the endocannabinoid system can also be modulated and activated by cannabinoids found in the cannabis plant. Because the entire system was only discovered in the past 30 years, scientists still have much to learn about the myriad ways cannabis affects the human body.

When it comes to anxiety, the fact that cannabis interacts with the ECS indicates why it is a promising treatment for anxiety. This is because the ECS regulates stress and anxiety levels, and when endocannabinoid function is impaired or dysregulated, it can lead to the development of anxiety disorders. By adding cannabinoids to stimulate the endocannabinoid system, patients may be able to relieve their anxiety.

Research carried out in 2015 found that the ECS is key to the body’s shift from active to passive fear response and plays a role “in guarding against fear, anxiety, and stress.” In addition, a 2005 study carried out on mice found that the ECS has “a pivotal role in the regulation of emotional states and may constitute a novel pharmacological target for anti-anxiety therapy.”

When using cannabis for anxiety, patients need to be aware of how much the dose itself can play a central role. For many patients, the difference between cannabis providing relief from their anxiety — or making it worse — can come down solely to the amount taken and/or the potency of the cannabis in question.

There is growing interest in “microdosing” with marijuana, which is taking such a small dose that the psychotropic effects are imperceptible. This can potentially provide the benefits of marijuana without the intoxicating effect, and should also be less likely to cause anxiety or paranoia.

The effects of microdosing could be explained by what is known as the biphasic effect. When we say a substance (like THC) has a biphasic effect, it means that it can produce two opposite effects — depending on the dose of the substance taken. Studies have shown that with THC this can be most glaring in the way that low doses can ease anxiety whereas higher doses can spike it, even causing paranoia or panic attacks in some cases.

Biphasic responses have also been found for CBD with effects like pain, sedation, nausea and vomiting relief, and immune responses.

While countless patients sing the praises of cannabis for its ability to relieve stress and anxiety, or simply to take the edge off at the end of a work day, it is far from being a one-size-fits-all medication. The same dose of cannabis that relieves anxiety for one person could potentially trigger anxiety and paranoia in someone else. For someone already dealing with anxiety, this could have the potential to make matters worse.

In addition, cannabis can have strong intoxicating effects that can cause temporary cognitive impairment and interfere with your ability to perform your job or operate heavy machinery.

Smoking cannabis can present the same respiratory and cardiovascular health issues as any form of smoking. It can also be habit forming, and patients must use it responsibly.

Everyone has times in their lives when they might feel anxious, like before taking an important test or going into a job interview; but people with an anxiety disorder experience anxiety more frequently and more intensely. When you have an anxiety disorder, you feel anxiety that is more severe, lasts for longer, and/or occurs more often than regular bouts of anxiety.

There are several types of anxiety disorders and other conditions where anxiety is the main symptom. These include:

There are also other anxiety disorders and conditions which don’t fit any of the types mentioned above, but where you still experience anxiety-related symptoms that disrupt your life and cause you distress.

When you have an anxiety disorder, you could feel both physical and/or psychological symptoms. These symptoms could begin in childhood, or develop later in life. Some people who have anxiety develop the symptoms just after a particular, upsetting or traumatic event, but symptoms can also develop some years afterwards.

Psychological symptoms of anxiety include:

Physical symptoms of anxiety include:

If you have GAD, you might feel some of these symptoms on a low level most or all the time, as a kind of background to your daily life. People who have GAD might find it hard to remember the last time they felt relaxed. It’s possible to have had general anxiety for a very long time, without realizing it, because you’re so used to feeling that way.

Other people might feel these symptoms very intensely and severely, but for short periods of time. For example, panic attacks are attacks of extreme anxiety that can reach a peak within just a few minutes. If you have a panic attack, you might feel your heart rate rising, find it difficult to breathe, feel dizzy, trembling, and sweaty, and feel convinced that something terrible is about to happen. At times, people may mistake a panic attack for a heart attack, especially if they’ve never felt any symptoms of anxiety before, because it can develop so suddenly and so intensely.

It’s important to remember that symptoms of anxiety can vary from one person to the next. You might not experience all or even most of these symptoms. Anxiety often occurs together with another mental or physical health disorder, which can make it more difficult to spot symptoms of anxiety.

When to see a doctor

Sometimes it can be difficult to know when to go to the doctor because of your symptoms, so here’s a brief guide.

If you have anxiety and you don’t seek any help, it could get worse over time and lead to complications like depression, social isolation, drug or alcohol abuse, chronic insomnia, and severe headaches. Like many disorders, you’ll be able to treat your anxiety more effectively if you deal with it early.

In general, anxiety disorders can be treated. It depends very much on what type of anxiety disorder you experience and how early you seek treatment for it. The sooner you get help for your anxiety, the better your chances of reducing it or eliminating it entirely.

If your anxiety is caused by a medical condition, or as a side effect of certain medications, then treating the underlying condition and/or stopping taking that drug should also deal with your anxiety. Even learning how to live with that condition is a step forward.  But sometimes, the anxiety disorder has already become a habit, and it can continue even after the medical cause has been addressed

There are some medications that work to treat anxiety. Some of them take longer to work than others. Medication for anxiety includes:

12 books that will change the way you think about ... 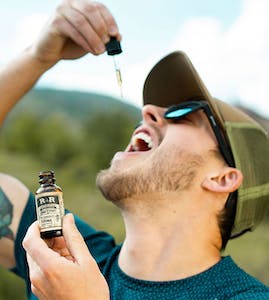