What is Rick Simpson Oil?

Anyone doing internet research into the benefits of medical cannabis will invariably come across a mention of Rick Simpson Oil. There is no shortage of testimonials discussing its ability to treat cancer, eliminate pain, and break the grip of any number of debilitating diseases.

What is Rick Simpson Oil?

➤ Get your medical marijuana card

It’s dense, unfiltered, and almost sludge-like in consistency. Traditionally extracted with pure naphtha to yield a thick oil containing many of the plant’s fat-soluble compounds, RSO has been described by Simpson himself as “a sort of grease.”

Lab analysis of Rick Simpson oil typically shows THC content of 40-95%. According to one independent lab, some samples are closer to 40%, but according to Simpson, true RSO should be closer to 95%. Of course, this is for traditional RSO made with THC-rich marijuana. If high-CBD cannabis were used, lab results would be entirely different.

Rick Simpson Oil also contains terpenes and other secondary compounds, like pain-killing cannflavins, though the use of strong solvents like naphtha means many of the terpenes that would otherwise be in RSO are lost.

The Origins of Rick Simpson Oil

As you might expect, RSO is named after the man credited with inventing it, Rick Simpson.

It all began in 1997 when Simpson was working as an engineer in a Canadian hospital. A drastic series of events saw him exposed to toxic fumes before falling off a ladder and getting knocked unconscious.

Simpson was taken to the emergency room and soon recovered, but he found himself left with lasting health challenges from tinnitus and dizzy spells. Doctors prescribed him drugs that only made things worse. Though difficult, these experiences set the stage for a very important realization Simpson was about to make.

A documentary on medical marijuana inspired Simpson to begin smoking cannabis, despite his doctor’s dismissal of what was then still a very much taboo topic. He noticed that the ringing in his ears abated. Pharmaceutical medications hadn’t helped Simpson, but marijuana did.

In late 2002, Simpson was diagnosed with basal cell carcinoma. Though he’d already lost a cousin to cancer, Simpson didn’t let the diagnosis break him—instead, he turned with renewed intensity back to the marijuana plant.

With more research came an intriguing idea. What about topical marijuana , to apply directly onto the cancer? A decades-old study from the National Cancer Institute’s scientific journal provided some inspiration:

With this in mind, Simpson procured his normal cannabis flower, made a crude extract, and placed a few drops of it onto bandaids. He put these directly onto cancerous lesions. When removed four days later, all signs of cancer were gone, he says.

On a quest to provide cannabis oil to others, Simpson experimented with different cuts of cannabis, extraction methods, and solvents. After much trial and error, Simpson settled on a highly purified, decarboxylated, substance that was well-suited to both oral and topical use.

Both CBD oil and RSO are cannabis-infused oils, but they have more differences than similarities. RSO is an undiluted, THC-rich extract, while CBD oil is on the opposite end of the spectrum: heavily diluted, CBD-rich, and containing more carrier oil than actual marijuana extract. CBD oil is meant solely for sublingual and oral ingestion, while Rick Simpson Oil is more versatile.

There are significant pharmaceutical differences as well. Courtesy of its high-THC content, Rick Simpson Oil acts most strongly on the brain’s CB1 receptors, which are abundant throughout the central nervous system. It may also act on serotonin 5-HT2A receptors that impact memory formation and learning. It has a sedative effect as well—Simpson himself describes his oil’s effects as “narcotic.” For cancer patients who may have chronic pain and significant adverse reactions to chemotherapy and other treatments, that can be very beneficial.

CBD oil isn’t especially active on psychotropic receptors in the brain. That means it doesn’t cause a high, though it may gently activate serotonin 5-HT1A receptors and thereby relieve anxiety.

Yet CBD’s unique molecular shape means the molecule is able to extend itself beyond the endocannabinoid system, also activating TRPV1 receptors in order to reduce inflammation. Even then, because of its high THC content, RSO may be superior to CBD oil when it comes to pain relief.

Which oil is best for you? That depends on one’s individual medical condition and health needs. Some may opt to take both oils, perhaps at different times of the day. CBD oil can even be useful in modulating the psychotropic effects of high THC.

Some patients say Rick Simpson oil successfully treated their cancer beyond just pain relief, actually putting it into remission, although that is still purely anecdotal.

The ultimate goal of Rick Simpson’s traditional cannabis oil cancer treatment is to kill cancer by exposing it to ultra-high doses of THC. Simpson’s protocol encourages patients to “ingest 1 gram or 1 ml of high grade oil every 24 hours, once they have built up their tolerance for this medication.”

That’s anywhere from 400 to 950 milligrams of THC, according to figures from Simpson and independent lab tests—every single day. Indeed, building up the tolerance required to handle this kind of dosing takes some time. Simpson advises patients to slowly progress over the course of three months, beginning with “three doses per day,” each of them “about the size of a half a grain of short grained dry rice.”

Initial research shows that THC may cause apoptosis (i.e., cell death) by causing cancer cells to produce more ceramide, which is a natural fatty acid that eats away at them. The marijuana terpene limonene may also promote apoptosis.

THC may also help the body’s metabolism shift towards fat-burning via activation of AMPK. According to molecular biologist Dr. Bob Melamede, this is a big deal: with fat-metabolism comes less free radical production and a more aerobic cellular environment. Early research on cancer revealed that these subtle shifts may prevent growth and proliferation of tumors.

It is important to note, however, that there is only anecdotal evidence that Rick Simpson oil could be an effective cancer treatment. A great deal of clinical research still needs to take place.

Patient testimonials also indicate that RSO may lower blood pressure enough that high blood pressure medication is no longer needed. And patients with diabetes have said that Rick Simpson Oil may reduce or even eliminate their need for exogenous insulin. That’s because THC may be a powerful insulin-sensitizer. RSO may also protect diabetics from downstream problems, like neurological damage, that often accompany the disease.

It has also been shown to be an effective agent against pain, cancer associated or otherwise. This may make an attractive alternative to opiates, the overuse of which has led to an epidemic in too many places.

Rick Simpson Oil, because of its high strength, requires careful dosing.Because of its high concentration of THC, RSO can come with a host of side effects, though careful planning can help mitigate them. Before using RSO, it is important to consult your doctor.

Just as marijuana has its known side effects, RSO and other concentrated solutions can cause many of the same side effects. It is a psychotropic molecule, and can lead to cognitive impairment, memory problems, and psychosis. It also may lower blood pressure, so caution should be used by those with a history of hypotension.

If you are interested in learning how to make your own Rick Simpson Oil, check out this recipe. 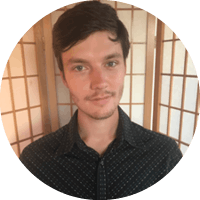