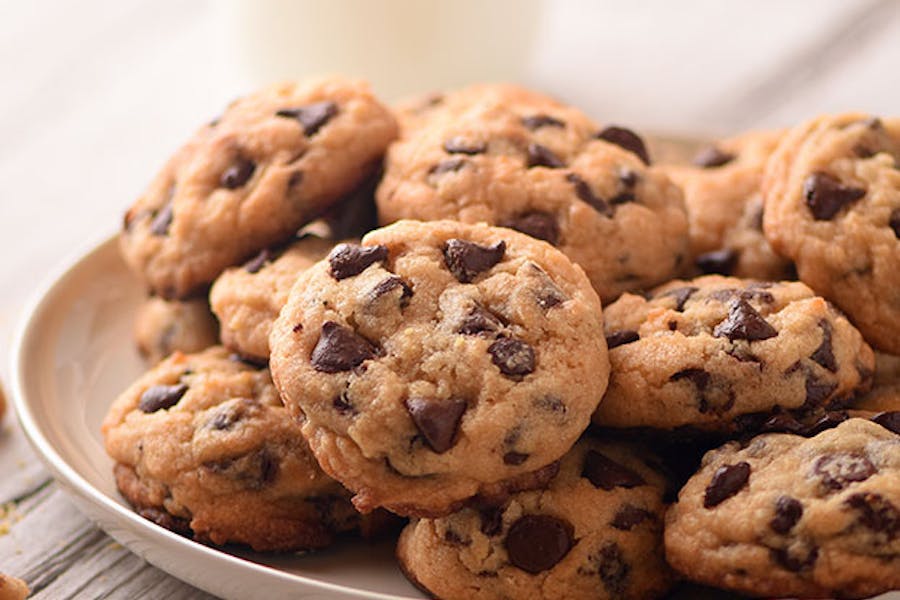 In the quest to optimize health and wellbeing, you may be wondering: what’s the best way to get cannabis into the system?

There’s no universal answer and there may not ever be one — it depends on your unique medical and biochemical needs. Finding the greatest overlap between western science’s recent advancements and the human body’s more ancient pathways continues to require patience, robust research, and intuition — and it likely always will. Likewise, cannabis dosing is highly individualized, and it still draws upon equal parts art and science.

Yet the oral delivery method is a common denominator, a type of dosing strategy within which many medical cannabis patients will find their best results. It’s not a one-size-fits-all solution—but it is a one-size-helps-many way to deliver cannabis into the body so the plant can do its best work.

Today the options within this category are nearly endless—everything from cannabinoid-infused drinks to THC-rich capsules is available. In other words, there’s sure to be something that works for everybody.

Adding to the complexity, different product types often have different therapeutic effects—those will be touched on in the next section. For now, though, just know that the following types of products fall within the oral delivery method:

Of course, healthier options are also available. Whether you’re gluten-free, sugar-free, vegan, or paleo—there’s still an edible out there for you. Many edibles use healthy coconut or MCT oils as their fat source, also, as opposed to canola or grapeseed oil.

How long do edibles last?

Compared to other medical cannabis products, edibles kick in slowly (i.e, they have a long onset time) and provide long-lasting effects. That’s because they’re subject to absorption by our digestive tract which is a much lengthier process than absorption through the lungs. In addition there is the process of hepatic metabolism, where ingested cannabinoids are filtered through the liver before hitting the bloodstream. This same process lowers the bioavailability (i.e, internal absorption) of edibles to around 10%. If you take an edible with 10 mg of cannabinoids, for example, expect to actually absorb and benefit from only one or two milligrams of it.

Even then, edibles are an ideal delivery method for many. They’re especially potent, sometimes more so than their given cannabinoid content implies. They also provide the body with metabolized cannabinoids, like 11-Hydroxy-THC, which may have distinct benefits compared to “normal” THC. Medical cannabis users who prefer the psychotropic experience may find it with 11-Hydroxy, seeing as the cannabinoid easily crosses the blood-brain barrier.

Cannabis edibles may also be useful to individuals with SIBO, IBS, or other systemic gut health problems. Why? Because this method carries a greater proportion of cannabinoids directly into the digestive tract. More research is definitely needed in this area: one study’s author reports being certain that “other anti-inflammatory compounds of the Cannabis plant are still waiting to be explored […] in human IBD.” On the other hand, some GI conditions include significant absorption problems, in which case bypassing the GI tract through inhaled products may be preferable.

Like many cannabis products, edibles come in a variety of concentrations and cannabinoid profiles. To ensure you don’t surpass your normal dose, carefully read and quantify your product’s label before ingesting anything. Also, keep in mind that one can’t dose edibles by feel because of their 30-120 minute onset time—maximum effects may not be experienced until three hours (or more) have passed.

Users who rush into edible use risk panic attacks and even psychosomatic issues. They are associated with much higher emergency visits when compared to other cannabis formulations. Some US states, such as New York, do not permit edible cannabis products at all. In Colorado, the state published billboards urging users to “start low and go slow.” Thankfully, cannabis’s LD50 (lethal dose) is almost impossibly high, with no recorded deadly overdoses.

One more thing: taking your medical cannabis in edible form may actually improve cannabinoid absorption rates if the edible was sufficiently fatty. That’s according to new research from the University of Minnesota, which found that CBD’s absorption was aided by a fatty meal. The same concept likely holds true for other cannabinoids and is attributable at least in part to the fact that cannabinoids are fat-soluble. Even endocannabinoids use fatty acids as their precursors.

Not a fan of eating calorific cannabis edibles? Don’t worry. That’s because medical cannabis concentrates can also be ingested.

Simply stated, cannabis concentrates are products derived from the oiliest, resinous parts of cannabis and then processed into a more concentrated form. They include extracts like hash oil (BHO) and solventless concentrates like live rosin. Usually, concentrates are smoked with a specialized device, but not always—thus their placement here.

Historically speaking, concentrates were eaten in the form of a concentrated cannabis resin called hashish. Hash was incredibly popular in medieval-era Arabia and shows up in stories like “1001 Arabian Nights”.

Also, keep in mind that some cannabis products are versatile enough to double as ingestible products. Rick Simpson oil, for instance, is both a topical and ingestible product. While cannabis concentrates may not always taste good (RSO, for example, often tastes earthy and bitter), the upside is that one only has to eat a small quantity to hit their daily dose.

The medical cannabis capsule or pill is a simple invention—often just a cannabis concentrate placed into capsule form. The primary advantage of this delivery method? Specificity. Cannabis-infused capsules can be dosed very precisely, and often contain exact amounts of THC, CBD, and more in each and every capsule.

Another plus: with capsules and pills, the sometimes-overbearing taste of cannabis concentrates is masked. Patients averse to the taste or smell of cannabis might be more likely to take their ideal dose if it comes prepackaged in this convenient form. Along similar lines, patients who are more accustomed to using prescription drugs, or have a historic stigma or adversity to marijuana, may feel more comfortable with this type of encapsulated cannabis.

Medical cannabis capsules aren’t able to hit the highly permeable sublingual regions, however, which likely lowers their bioavailability. Patients in need of a rapid dose of cannabinoids (those with epilepsy or acute anxiety, for example) may be better served relying on faster-acting delivery methods.

Medical cannabis powders are a somewhat rarer oral delivery method. Often these powders are isolated cannabinoids that come in crystalline form. Both CBD and THC can be taken via cannabis powder, as both form large crystals when highly purified.

Just like with other types of medical cannabis, it’s important to know what’s in your cannabis powder. The proper purification process for isolates is long and exacting and not all manufacturers follow it precisely.

For this reason, it’s important to be diligent and request lab testing before you buy. If a manufacturer claims that their CBD isolate is 99.99% pure, for example, they should be able to quickly verify things with independent lab testing. Also keep in mind that some cannabis powders may not be fully decarbed, though most do meet this standard.

One of the most underrated delivery methods, the idea of merely eating or juicing raw cannabis calls one back to simpler times. Don’t let the simplicity mislead you, however. A huge subset of medical cannabis patients could stand to benefit from this ancient oral delivery method.

Why? Because the nutrient profile offered by raw cannabis is very, very different than what’s present within most commercial cannabis products.

For example, raw cannabis doesn’t contain appreciable CBD or THC. Instead, it contains the ‘acid forms’ of these cannabinoids — CBDa and THCa. Raw cannabis is also likelier to contain rare cannabinoids like CBG and CBGa than the processed forms of the plant. Further, fresh cannabis comes with delicate terpenes, like the monoterpene pinene, fully intact.

Most conventional cannabis products are lacking in the carboxylated cannabinoids — the ones that end with an “A”. Courtesy of “Cannabis sativa L. and Nonpsychoactive Cannabinoids…”

From the chemistry standpoint, ‘raw’ cannabinoids are slightly larger and heavier than conventional ones, which means they generally aren’t able to bind directly to endocannabinoid receptors. And yet these raw cannabinoids have distinctive health benefits of their own.

CBDa, for example, is especially useful as an anti-nausea and anti-anxiety (anxiolytic) agent. Kalant et al confirm: “one of the oldest pharmacological remedies for nausea and vomiting is the plant cannabis.”

CBDa’s antiemetic qualities remain almost unmatched to this day. Cotter et al concluded that “cannabis-based medicines have been found to be effective anti-emetics and even surpass some modern treatments in their potential to alleviate nausea.”

CBDa has also been shown to reduce the inflammatory marker COX-2 in those with breast cancer. According to the study, this implies that “CBDA may possess the ability to suppress genes that are positively involved in the metastasis of cancer cells in vitro”.

A final oral delivery method is cannabis spray. This involves a cannabis oil or tincture placed in a spray bottle for convenient ingestion. Often the viscosity of the oil is changed to make it more sprayable. Alcohol-based sprays may be an ideal option for patients with fat malabsorption problems who wish to avoid cannabis oils that are oily. The cannabis-derived pharmaceutical Sativex utilizes this delivery method, too.

In short, there have never been more ways to orally ingest cannabis than there are now.

Technological advancement is also making cannabis more widely available—and more convenient—than ever before. Cannabis delivery services are on the rise worldwide, at least in areas where such services are legal.

Progress is being made on the education front, too. Researchers continue to learn more about oral delivery methods and how they can be better matched with human metabolism to improve the patient experience. While more work is yet to be done, we’re happy to help push medical cannabis towards its rightfully bright future.