Can you make edibles kick in faster? 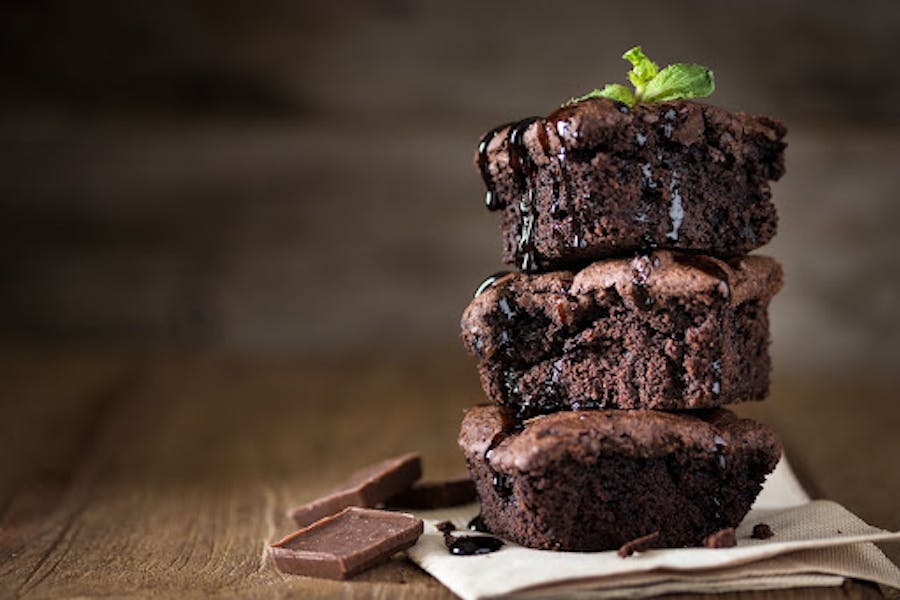 Edibles offer an alternative to smoking cannabis, but it takes much longer for their effects to kick in (Shutterstock)

Have you ever been running behind and wanted your edibles to kick in ASAP? What about if you can’t sleep and you want to take some cannabis oil before bed–would it be better with some cookies and warm milk? Maybe not, but it depends on what you’re looking for. There is no magic to share, but there are a few tips we can share to help you maximize the absorption of cannabinoids, making edibles kick in faster and hit you harder.

What are cannabis edibles and how can they affect you?

As the name implies, edibles are any product intended to be ingested orally. Edibles can come in all different flavors, forms, shapes and sizes. Depending on the market you’re in, the typical THC content of an edible can range from small 2.5mg mints to very potent 500mg brownies.

Depending on your tolerance, sex, age, weight, metabolism, and your unique endocannabinoid system, any dose between 2.5mg to 500mg could be the right dose to achieve the effect you’re looking for. But all of these products are made differently, with different ingredients like gelatin, emulsifiers, sweeteners, and more. The right dose of one product may translate to the same dose of another, different product.

It is near impossible to predict how quickly any given edible will have its effect without trying it, and the industry is full of brands who all claim the fastest absorption. These claims are mostly marketing and are scientifically unfounded, or, at best, these claims are based on the internal research by the company, which often does not deliver the scientific rigor necessary to draw conclusions.

But despite a lack of hard science to support rapid absorption claims, there are plenty of first-hand accounts from users who describe certain formulations having different onset and effects.  A recent, small-scale study supports the anecdotal accounts of variable experiences with cannabinoid ingestion. The study evaluated 5 different CBD formulations and found major differences in total absorption between products. 1

Perhaps the most obvious thing to mention here is that edibles take longer to kick in than smoking or vaping. When cannabinoids are inhaled as smoke or vapor, they reach max blood levels very rapidly, and also fade very quickly compared to other consumption methods. Consuming ~5mg of THC as a liquid/oil may lead to faster absorption than taking it via gelatin capsule, but still the absorption is still not nearly as quick or significant as inhalation. 2

Of course, some or most of this sublingual dose eventually finds its way down the throat, through the stomach and intestines, and is sent through the liver for first pass metabolism.

Onset times for oral/edible products can be highly variable and difficult to predict. The onset of action for cannabinoids is impacted by the food we’ve eaten, the ingredients in the product used, our gut health, and genetic differences between us all. But is there anything within the control of the user to make an edible kick in faster? 5

Cannabinoids are well known to have highly variable absorption and to undergo extensive first pass metabolism. This means that after taking the product by mouth, the cannabinoid must be absorbed and then sent through the liver before entering systemic circulation. Oral cannabinoids are sent to the liver before entering the blood, being metabolized as the drug passes through the liver — known as first pass metabolism.  This first round of hepatic metabolism greatly reduces how much cannabinoid makes it to the blood. In the case of THC and CBD, the best evidence we have suggests only about 6-20% of the amount taken by mouth ever makes it into the blood. 6

Even still, of the cannabinoids that are absorbed from an oral product, most are converted during first pass metabolism into other metabolites. In the case of THC, one of the most important metabolites is known as 11-hydroxy-THC. It is best known for being highly psychoactive and the reason that edibles feel differently than vaping or smoking. 7

It’s all about what you eat

Perhaps the biggest factor that is in control of the consumer is what to eat with the edible. Unlike factors built into the ingredients of the edible or your genetically encoded metabolism, what you eat before you take an edible is entirely within your control. And what you eat alongside your edibles can have a major difference on the way your body handles the cannabinoids you’ve ingested. A 2019 study looked at blood levels of THC after doses on an empty stomach and compared them to blood levels after a high fat, high-calorie breakfast.

Researchers found that taking THC on an empty stomach can have major impacts on the pharmacokinetics and pharmacodynamics of THC. When taken on an empty stomach, THC (and 11-OH-THC) levels spiked much faster than when taken alongside a high-fat meal. This difference was very significant, with blood levels spiking around 1-2 hours on an empty stomach but occurring closer to 6 hours with a high-fat meal. The max levels of THC in the blood was about the same for both groups, regardless of the meal. However, the experience between these groups was different. 8

Researchers have also identified a flip side to this. When edibles are taken on an empty stomach, the overall exposure to the THC is reduced compared to when it’s taken with food. So while blood levels spike faster, and effects may be felt more intensely on an empty stomach, the overall effects will be shorter. Taking your THC edible with a high fat snack can help you maximize your edibles, especially if you’re looking for a longer lasting effect like pain control. 9

Another way to alter the way your body handles an edible (or all food and medicine, really), is to exercise. There is a well-established influence of exercise on the blood flow in our body. Because exercise can cause changes to blood flow to the muscles and liver, it can have a major impact on the metabolism of drugs. In addition, exercise can also alter how fast foods are moved through the stomach and intestines. So exercising can definitely affect your high, but how it affects the high from cannabis edibles is still largely unknown. Some trial and error will be required to find your right workout dose, and remember more is not always better with cannabinoids, which can have different effects at low doses than at high doses. 10

Be mindful when exercising while consuming cannabis, especially THC, as it can cause increased heart rate. When combined with exercise, THC could stress the heart and may be dangerous in someone with underlying heart conditions.

One of the greatest challenges in producing a high-quality edible is making a product that is well absorbed. As mentioned above, cannabinoids are rapidly and extensively broken down by the liver. Companies that produce edibles are now shifting their focus towards technologies that can protect THC from first-pass metabolism and lead to more predictable effects.

Creating these predictable effects from edibles and drinks is an emerging segment of the industry. By leveraging technologies that enhance absorption and reduce first-pass metabolism, manufacturers are trying to create edible products that recreate levels in the body more similar to smoking–more rapidly absorbed and more quickly eliminated. These can be highly desirable characteristics, especially in the social or recreational setting.

There are dozens of companies now jockeying for space in the rapid-acting cannabis edible space. There are also numerous different technologies that are being employed, but there remains very little consensus and science to make any definite statements about which technology is superior. From nano-emulsions to micelles to gels, there is no lack of innovation in the space. We can expect to see many more rapid acting drinks and edibles in the near future. 11

There are numerous other factors involved in how an edible affects us. One factor is our genetic code. Some of us metabolize some drugs very differently than other. Those changes can lead to more or less intense experiences with cannabinoids. Tolerance is another major factor in how hard edibles hit, but shouldn’t alter how long they take to kick in. Certain medications can also alter liver enzymes associated with THC metabolism and could also be contributing to how long it takes an edible to kick in. Lastly, the cannabinoid profile of any given edible will have a tremendous impact on how it makes you feel and how fast an edible kicks in and how hard it hits. Some factors of the cannabinoid profile that could greatly impact the effects are the ratio of THC:CBD, the presence of other cannabinoids like CBG or CBN, and there is also growing evidence that the presence of cannabinoid acids could impact the absorption of other cannabinoids. 12

It’s possible that the terpene content of the cannabis edible can also have an impact on how it affects you by way of the entourage effect. The importance of terpenes in edibles remains a point of contention, and some believe they are helpful while others feel they are simply flavor and are mostly destroyed by the stomach and liver upon ingestion and contribute very little to the edible experience.

While some individuals report that they cannot feel the effects of cannabis edibles, there is no scientific study on the topic. However, estimates suggests that 1 in 5 do not experience the expected effects from edibles. There are numerous reasons for this phenomenon, and only some within your control. One thing within the control of the user is cannabis tolerance. By taking a few days of a tolerance break, you can drastically reduce the amount of THC it takes to get high. By resetting the ECS with a break, and mindful reintroduction of THC, you can get a lot more out of your edibles.

If your aim is to have the edible kick in faster and harder, then taking edibles on an empty stomach may be the way to go. But if you’re looking for longer lasting effects and to maximize on every milligram of THC, then taking cannabis edibles with fatty meals may be preferable. There is no one right way to take an edible, but how, when, what, and with what will all impact the overall effect profile.

Regulation Is weed legal in Thailand?
Previous Article Can cannabis-themed gear help break down stereotypes? Next Article Cottonmouth from weed: why it happens and how to fix it
The Cannigma uses cookies to improve your experience and to show you personalized adsACCEPTPrivacy Policy
Manage consent