by The Cannigma Staff
Listen

Join us as we speak with real doctors, patients, scientists, and families about medical cannabis. Hosts Elana Goldberg and Michael Schaeffer Omer-Man cut through the smoke to have intelligent conversations about medical marijuana, the conditions it can treat, human stories behind that treatment, and the questions we’re all thinking about but never had anyone to ask.

The Cannabis Enigma is a co-production of The Cannigma and Americans for Safe Access.

Episode 25: Cannabis As An Addiction Treatment

When Dr. Joseph Morgan worked in addiction medicine, his clinic wouldn’t even admit patients if their primary substance was cannabis. Years later, he developed a treatment protocol to treat opioid addicts with cannabis. Dr. Morgan also explained how one of more notorious side effects of cannabis can actually be a positive aspect for some medical patients. (Read more)

Episode 24: Dr. Ethan Russo: How Cannabis Can Still Be Better

Premier cannabis researcher Dr. Ethan Russo discusses how the power of cannabis has yet to be harnessed, and why tolerance can be a good thing. Science has made great advances in identifying what chemical properties of a given cannabis chemovar would be beneficial for various diseases and treatments, Russo explains, “but that’s a far cry from saying that [patients] would be able to access a chemical variety of cannabis that would be appropriate for their treatment.” (Read more)

David Jacubovic, director and producer of the new documentary film “CBD Nation,” talks about how he went from cannabis skeptic to advocate, teaching the science of marijuana to regular folks, and why he insisted on putting a focus on cannabis as it relates to women’s health in the film. In the second part of the episode, Americans for Safe Access Policy Director Dustin McDonald talks about the organization’s new report on the state of cannabis regulation in the US. (Read more)

Episode 22: Cannabis At the Bar?

Marijuana has come a long way since the days of Reefer Madness and when you first learned about it from a DARE officer. But will it ever be treated like wine, with curated tastings available at high class events? That’s exactly what Dan Braunstein is trying to accomplish — at least until the coronavirus shut down the idea of social gatherings. As part of his push to make cannabis mainstream, he also has done events for seniors to learn about medical access and use. (Read more)

Twelve states will vote on cannabis legalization measures this November. Those ballot measures — and the momentum that has given a majority of Americans legal access to cannabis — don’t come out of nowhere. Americans for Safe Access joins The Cannabis Engima to talk legalization, why that’s not enough if everyone doesn’t have access, and what they’re doing. (Read more)

Episode 20: Cannabis in Your Local Pharmacy?

“In a perfect world, we’d see cannabis available in pharmacies, just like any other drug or supplement. And if you don’t need the pharmacist’s help, great — somebody else will,” says cannabis pharmacist Dr. Melani Kane. For patients, just having a medically knowledgeable resource available can ease some of their anxiety, Dr. Kane says. Explaining what to expect is a huge part of that, but even more important can be checking for potential drug interactions and building dosing and treatment plans. (Read more)

Episode 19: The Cannabis Nurse Is In

Katherine Golden voted against cannabis legalization when it was on the ballot in her home state of Colorado. A lot has changed since then. Today she runs a free telephone hotline staffed by fellow nurses trained in cannabis medicine, available to answer anyone’s questions about medical cannabis, what CBD does, and anything in between. And there are a lot of questions. Hear to the most common questions people call with, and why affordability is such an issue with medical cannabis. (Read more)

Dr. Kirsten Muller-Vahl says her patients with Tourette’s and ADHD told her they get relief from cannabis. She believed them. But anecdotal evidence isn’t enough. “In the end you always need controlled trials because otherwise you cannot differentiate between pharmacological effects and placebo effects,” she explains. So she started clinical trials. (Read more)

For many patients — and if we’re being honest, for many doctors as well — getting a medical marijuana recommendation is a one-time affair. It’s a box to check and then you’re on your own. But it shouldn’t be that way — and doesn’t have to be. “People need more than just some guidance of ‘try some medical marijuana,’” says Dr. Steven Salzman, medical director for adult medicine at Leafwell. (Read more)

With dozens of countries having legalized medical marijuana and full legalization gaining speed across the globe, it’s easy to forget how the war on drugs drove so much foreign policy for so long — and how ravaging it was for mostly impoverished communities in countless countries. Some countries are doing something about that. (Read more)

When Emily Earlenbaugh first used cannabis for anxiety and chronic pain, she found that some strains worked and others didn’t. So she began studying — herself. Only after a year of experimenting did she find what works for her. Today, she puts that experience to work, helping patients who are new to cannabis find their own personalized regimen and navigate their way through the rapidly expanding world of medical cannabis. (Read more)

Just four years ago, pediatrician Dr. Orit Stolar was dead set against using cannabis to treat the autistic children under her care. “I would say, ‘you’re off the wall — this is a dangerous drug, it’s illegal.'” Today, she is running one of the only clinical trials in the world looking at how cannabis can help autistic children, and seeing results in her clinic. So what changed? (Read more)

Episode 13: No Time for Clinical Trials

When Catherine Jacobson’s three-year-old son had exhausted all of the treatments available for his rare, life-threatening form of epilepsy, she wasn’t about to just give up. She set up a lab in her garage, developed a CBD extract, got a pharmaceutical company to start producing it, and started a clinical trials program at a major cannabis company. (Read more)

Should you stop smoking and try different methods for taking cannabis because of the coronavirus pandemic? Does cannabis affect your immune system? Can marijuana help relieve the stress and anxiety of isolation caused by COVID-19 public health measures? An interview with Dr. Roni Sharon, MD. (Read more)

When Dr. Vincent Maida first starting recommending medical cannabis to cancer patients over two decades ago, he was viewed as an outcast by many of his colleagues in the medical community. “The way medical students are socialized — it’s to think in a certain way, and if you try to think outside of those parameters, you’re deemed a bit of a heretic.” (Read more)

Episode 10: When Your Kid Needs Cannabis

When Alfie Dingley’s mother first broached the idea of giving her epileptic son cannabis, their neurologist threatened to call social services. So she got a new doctor, moved her family to the Netherlands, and found a treatment that worked for Alfie’s seizures, caused by an extremely rare mutation of epilepsy shared by only nine other boys in the entire world. (Read more)

When you go to the pharmacy to fill a prescription, the pharmacist checks to see if there could be any adverse drug interactions. Your doctor usually does the same. Do we need to be treating medical marijuana similarly? And who should be responsible? (Read more)

Episode 8: What the Heck is Hemp? With Joao Gama

When Joao Gama started practicing law in the cannabis space, working on regulation in the Portuguese and European markets, “to be honest, no one around knew a lot about it other than criminal lawyers that would defend drug dealers.” Gama discusses how the future of global cannabis law might look. (Read more)

When Janosch Kratz sees a new patient about medical cannabis, beyond their medical history, he first wants to know how they react to other medications and even alcohol. If someone gets drunk off half a beer, he’s more likely to start them on a lower dose of cannabis. (Read more)

When Mara Gordon started using medical cannabis there wasn’t any lab testing — or any way to know how much of each cannabinoid or terpenes were in any given strain. There was definitely no way of ensuring that you got the same effect from it consistently. So she drew on her profession as a process engineer and decided to start doing it herself. Gordon has been featured in the Netflix documentary, “Weed the People.” (Read more)

Episode 5: Cannabis Got Me Off Opiates After 25 Years

After nearly 25 years of taking prescription opiates to treat chronic pain caused by a severe car accident, a friend suggested that Michael Miller try cannabis. At the age of 54, he tried marijuana for the first time — and it changed his life. (Read more)

Episode 4: How Science Is Learning From Patients About Cannabis

There’s no substitute for clinical trials, but that doesn’t mean we should dismiss patient experience as merely anecdotal, Tilray’s VP of patient research, Philippe Lucas, says. “We have 10 clinical studies either completed or underway, but we’re also equally committed to gathering real world evidence […] Ultimately patients can tell us a lot about what works best for specific conditions or what dosages are most effective.” (Read more)

Canadian ER doctor Tiffany Keenan’s discovery of medical cannabis started with a documentary on TV, something indicative of how many doctors are still uninformed about the science behind it. She did more research, and soon began prescribing cannabis to patients. “Especially in smaller towns, the word kind of gets out that people are getting relief from this and then they tell their friends,” Dr. Keenan says. (Read more)

There are many case reports and lots of anecdotal evidence of medical cannabis helping children with autism. “We need the evidence,” however, says Dr. Adi Aran, a pediatric neurologist who just completed one of the first clinical studies looking at cannabis and autistic children. “We saw a substantial improvement in the behavioral problems and also in the social deficits.” (Read more) 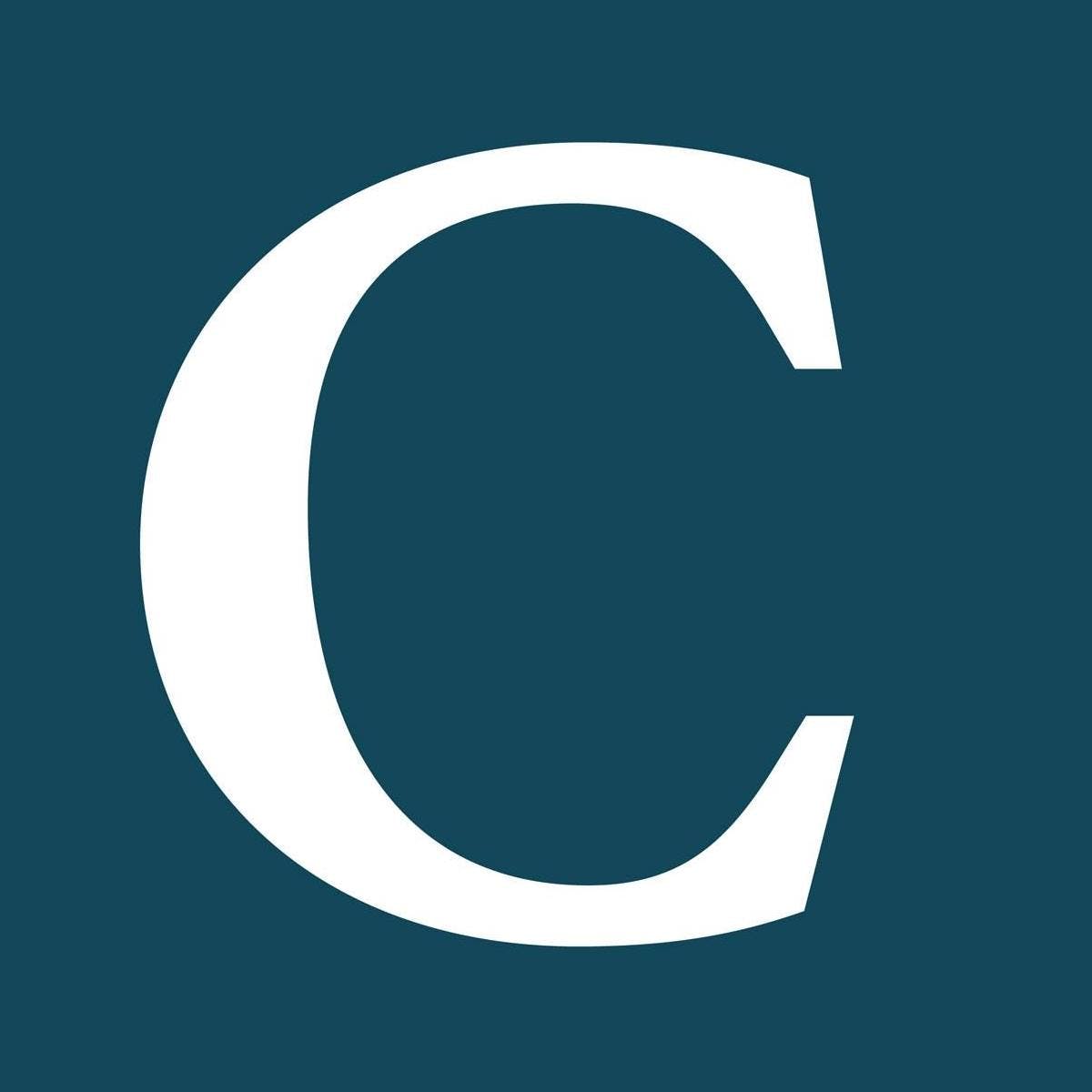 Comprised of cannabis experts, professional journalists, and medical professionals, The Cannigma editorial team is dedicated to communicating the n...