Home Plant What is kush? A summary of its history and effects

What is kush? A summary of its history and effects 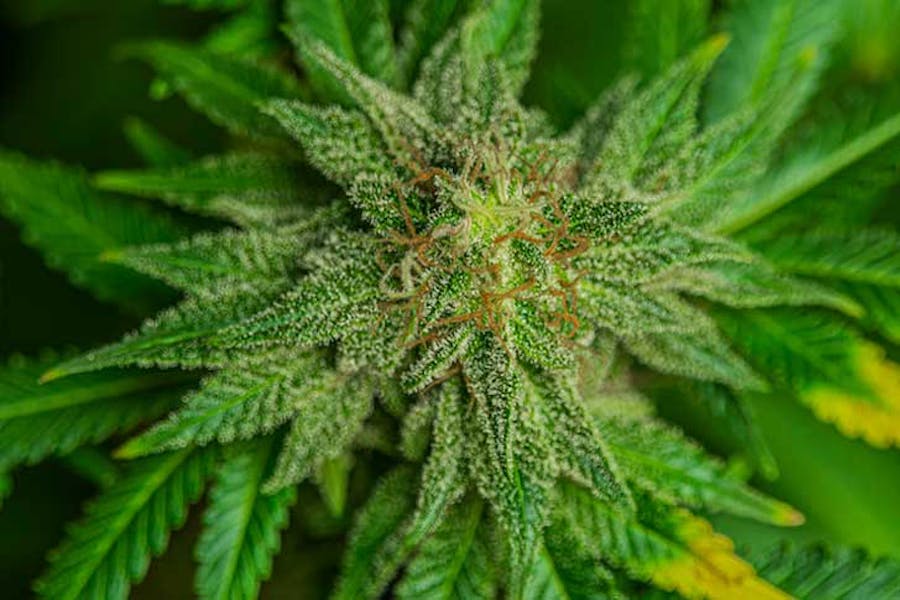 If you spend much time shopping around for cannabis strains or products you’ll find that certain names repeat themselves over and over — especially “Kush.”

Kush is one of several building-block strains that have been used to breed an entire family of strains and hybrid cannabis chemovars.

Typically described as indica-dominant, with a tranquil, relaxing high, kush strains are potent and many people use them to wind down at the end of the day.

So where did this strain come from, how did it become so influential in cannabis, and how can you know if Kush is right for you? Let’s take a look.

How cannabis is categorized

Cannabis is a lot more complicated than simply “good weed and bad weed.” And as new legal cannabis markets open, countless breeders and would-be cultivators continue to tinker with current strains, creating all new offerings with confounding names to stock the dispensary shelves.

But even though there are well over 18,000 strains that we know about, ultimately almost all of them come back to a certain core trio of strain families: Kush, Haze, and Skunk. Cannabis strains are also typically categorized as “indica,” “sativa,” or “hybrid.” Countless cannabis fans use this to determine what type of high they’ll get from a strain, even though there is zero scientific evidence to back this up, and it is the chemical profile that determines how a strain works.

The reason you’ve seen Kush, Haze, and Skunk so many times is that these are three iconic strains that have been used to breed thousands and thousands of new strains that have inherited their look, flavor, aroma, and psychotropic effects from their famous genetic parents. Countless strains have also been crossed with “landrace” strains, which are native strains that grew wild in regions around the world, evolving to their environment and developing unique traits based on those environments.

Spanning some of the most picturesque areas of Afghanistan, Tajikistan, and northern Pakistan, the Hindu Kush mountain range is a land of soaring mountains, rivers, and remote villages. In the valleys between the snow-capped peaks, cannabis and the preparation of hashish has been a way of life for centuries and the hardy landrace strains that evolved there formed the basis of what we refer to as “Kush” today.

In the 1960s and 1970s, when Afghanistan was still part of the “Hippie Trail,” countless pot smokers and fellow travelers visited the country and took in the sights and sounds of one of the most beautiful places on Earth – with some of the most potent marijuana then available anywhere. Many of them brought these landrace seeds back with them, where they formed the origin seeds of the Kush strains we know today.

Just because a strain has “Kush” in the name doesn’t mean it was named as such following some sort of rigorous academic process. The strain in question may have no relation to Kush strains whatsoever. Nonetheless, there are some attributes that true Kush strains tend to have in common.

The physical attributes of kush strains

True Kush strains are indica or indica dominant, and they grow shorter and bushier, with large leaves that often have a purple tint to them. Kush strains tend to have dense, resin-coated buds, and often have a slight purple shade.

With their landrace origins, Kush strains evolved a hardy, durable nature that helped them thrive in the harsh conditions of the Hindu Kush region, making them more able to survive in colder climates.

Befitting its high country origins, the aroma of Kush weed can be very earthy and pine-scented. Other aromas of Kush weed can be floral, hashy, or sweet and spicy. Because of its aromas and smooth, earthy flavors, smoking Kush can be a highly-sensory experience.

It’s worth noting that these attributes aren’t set in stone. The aroma of the Kush strain you smoke will be determined by its terpene composition. If the strain is high in humulene, it will most likely bear a hoppy aroma (depending on the other terpenes and how they interact). A limonene dominant variety would be citrusy, and pinene would bring a woodsy smell, etc…

Over the centuries, Kush landrace strains survived and thrived in the harsh mountain country of the Hinda Kush range. Because these are typically tough strains with landrace origins, they don’t require a ton of close upkeep, and are usually easier for novice growers.

Kush strains can often be high yield, producing dense, resin-coated and highly aromatic buds. The very sticky, trichomes-laden nature of Kush flowers is a big part of what made them ideal for the making of hash.

They also tend to grow short and squat, which can make them easier to grow outdoors discreetly.

Kush strains tend to prefer dry and very sunny climates, and growers should pay attention to their humidity levels.

Kush strains are known for providing a relaxing, sedative experience, akin to wrapping yourself in a blanket and hovering over a hot cup of tea in a mountaintop Hindu Kush village. The high can be very euphoric and happy, but not especially energetic or cerebral like with Haze strains.

The high of Kush strains is very much what people picture when they think of Indica strains, even though as we pointed out, the chemical makeup of the chemovar is what determines the high, not whether or not its an indica or sativa or a kush or haze.

The tranquil high brought on by Kush strains make them great for anxiety, stress, and insomnia. These are strains that are perfect for unwinding at the end of the day, and are known for producing the “couch-lock” sensation countless cannabis fans seek out when they just want to take a load off and chill.

If you’re looking for a “wake and bake” strain or one to get your creativity and energy up throughout the day, a Kush strain might not be your best bet.

Terpenes and cannabinoids in kush strains

Kush strains tend to be high in THC, while the CBD shouldn’t be that high unless the particular chemovar was crossed with one that’s high in CBD.

The terpenes found in Kush depend on the particular strain in question. Based on our own research, Bubba Kush (a cross of Kush and Northern Lights), has high levels of Beta-Caryophyllene and Alpha-Humulene, both known for producing a relaxing effect, as well as delta-Limonene, which is more energetic and common in citrus fruits. Hindu Kush also has high levels of the same three terpenes. Both strains have high levels of Beta-Myrcene, the most common terpene found in cannabis, and one that is known for producing a relaxing effect.

While these chemical profiles depend on the genetic makeup of the strain in question, for the most part Kush strains are high in THC, with terpenes that produce a relaxing effect and a mix of flavors ranging from earthy to sweet and spicy.

The extent of selective breeding over the years has made it such that pure Kush strains are extremely rare. Combined with the fact that there are no trademarks for cannabis varieties, it’s virtually impossible to determine the cannabinoid and terpene breakdown of the original Kush.

Even if Kush strains had distinct characteristics in the past, it’s unclear what they were or what to attribute them to. Even as science learns more about what makes different cannabis varieties unique, you should still choose your strain primarily based on its chemical profile.

Some popular kush strains to get to know

Kush strains are so popular that the word kush has become something of a byword for marijuana. This is partly because of the popularity and near ubiquity of some Kush strains, which you should really get to know.

Where would cannabis be if it wasn’t for OG Kush? Easily one of the most popular strains of all time, OG Kush has been used to breed a (very) long list of dynamite cannabis chemovars, even if the exact origin of OG Kush remains a bit unclear (both Hindu Kush and Chemdawg have been named as parent strains). A West Coast cannabis legend, OG Kush is also a subject of fascination because of its name.

Depending on who you ask, the OG is believed to stand for “Original Gangster” or “Ocean Grown,” because of a theory stating that it was grown by the sea and not in the mountains or hills of northern California and somehow that made it such a winning strain. Another theory states that it means “Original Grower” in homage to the cultivators who flew back Kush seeds from Afghanistan to the states in the 1970s. Finally, Josh D, one of the breeders often described as being responsible for OG Kush, has stated that it stands for “Original Gangster,” and that it was given that name to separate it from the other strains claiming to be the original OG Kush.

The bottom line is that this strain is so popular and has been bred in so many different ways that the sample you get could be very different from the variety first grown in southern California. Regardless, it should be a memorable experience.

Another highly popular Kush strain is this variety crafted by a grower named Matt “Bubba” Berger from some Northern Lights seeds and a Kush plant. The strain was a major hit in the 90s in Los Angeles, and sparked what High Times described as “the Kush Kraze.”

Bubba Kush is a powerfully sedative “couch lock” chemovar that isn’t ideal for smoking before noon (though you’re free to try). It has a strong, earthy aroma, a sweet flavor and can be a great strain for insomnia and stress. It also produces a strongly euphoric effect to lull you deeper into the couch.

Why not try a strain named after the place that started it all? Hindu Kush is a potent indica landrace traced back to the mountains that are its namesake. Like a classic Kush, it produces dense buds with a thick coating of resin, one of the reasons it is so popular with people making hash. Hindu Kush has an earthy, sweet aroma that is often compared to that of hashish. It produces a calming, relaxing high that can help you get a great night’s sleep, or just relieve a little stress.

« The best online cannabis courses and schools in 2020
Cannabis is much more potent than 50 years ago, study finds »