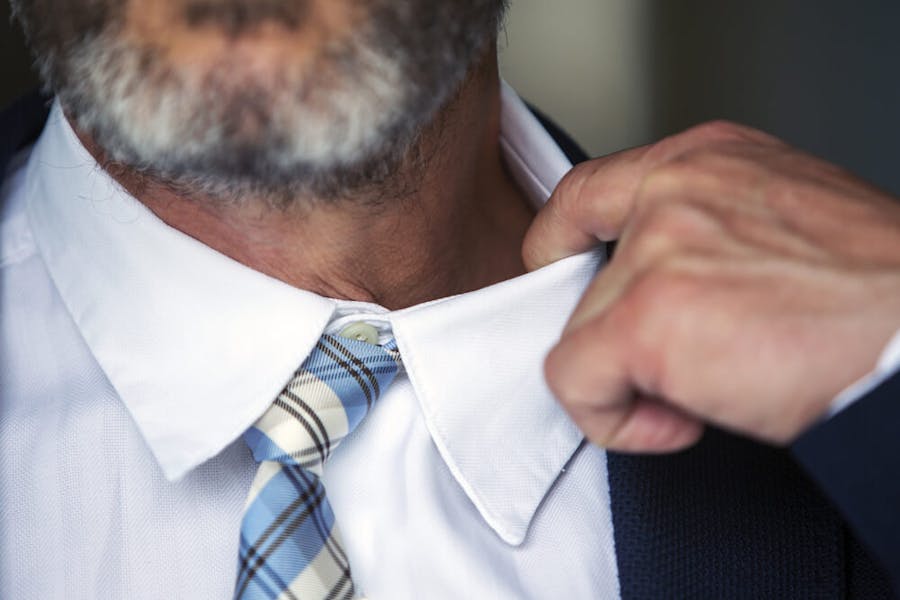 For a healthy individual cannabis-induced tachycardia is usually harmless, and knowing more about what cannabis is doing to your body can make you feel better about the unpleasant feeling. (Shutterstock)

One of the most common unwanted side effects of cannabis, a spike in heart rate, also happens to be one of the most troublesome and can even turn new users off from the plant.

“If you don’t explain that it’s possible that you can have a little acceleration of the heart for maybe 5 or 10 minutes and that it’s nothing to worry about,” said Janosch Kratz, MD, on The Cannabis Enigma podcast, “he gets nervous and says, ‘oh God, why did I take this drug.'”

For a healthy individual cannabis-induced tachycardia is usually harmless, and knowing more about what cannabis is doing to your body can make you feel better about the unpleasant feeling.

So why can cannabis raise your heart rate? Is it dangerous? And what can you do about it? Let’s find out.

How cannabis affects your heart in general

Cannabis has a number of common side effects, ranging from mild ones such as red eyes, dry mouth, or the munchies, to potentially more unpleasant effects such as anxiety, paranoia, and short-term memory difficulties.

The major active chemicals in cannabis — cannabinoids — are able to trigger receptors that control the endocannabinoid system, modifying the function of those receptors and the connected systems, including the cardiovascular system.

“The interactions of the endocannabinoid system with the autonomic nervous system seem to be the driving force behind the reported cardiovascular adverse events [from cannabis],” wrote a group of researchers who recently reviewed years of cannabis studies1.

Why cannabis makes your heart race

An increased or irregular heart rate, also known as tachycardia, can be a side effect of cannabis use. In fact, smoking cannabis can lead to a 20-100% increase in heart rate for a couple hours or more after consumption2. This is believed to be due to a widening of the blood vessels, which is also responsible for those red eyes people get after using cannabis.

In higher doses cannabis can also lead to a drop in blood pressure, resulting in dizziness and lightheadedness.

The main culprit for these effects of cannabis is widely-considered to be tetrahydrocannabinol (THC), the cannabinoid also responsible for the high of marijuana.

One of the more oft-cited, albeit dated reports states that inhaling cannabis smoke and ingesting THC reliably increases the heart rate by 20-50% over baseline. A lab study carried out on rodents in 1985 further showed that THC significantly alters the levels of catecholamine — hormones that are produced by the adrenal glands and are responsible for the body’s “fight or flight” response — in the bloodstream.

Research has also shown that as one’s tolerance to cannabis increases, the severity of side effects often decreases3. This means that side effects commonly seen with inhaled cannabis, including increased heart rate and reduced blood pressure, is not as common in regular users.

It should be noted that almost all studies on the risks of cannabis use are based on people who inhaled marijuana smoke, and that with more and more people now preferring other methods and types of cannabis, these risk assessments should be updated. In other words, like with some other cannabis side effects, the effect on heart rate can be partly attributed to the act of smoking itself4.

Since THC is often cited as being responsible for the increased heart rate after cannabis use, one might logically conclude that choosing lower-THC strains — or lower doses in general — would help mitigate it. It would also follow that eating edibles high in THC could produce the same side effects.

Dr. Deepak Cyril D’Souza, a professor of psychiatry at the Yale University of Medicine told NBC news in November, 2020 that he has spent 25 years studying the effects of marijuana and THC and that “in our studies on THC, we found a very robust increase in heart rate and an effect on blood pressure that can be quite profound.”

A 1988 trial found that women given very low-THC (1.8%) joints showed “statically significant increases in pulse rate,” and this increase was more pronounced and lasted longer for participants with a past history of intermittent marijuana use5. The trial did not include a control population given a lower dose of THC however.

The most well-known and common strains (more correctly referred to as “chemovars”), high in THC and low in cannabidiol (CBD) and often bred for a strong high and medicinal benefits, are increasingly referred to as Type I cannabis. Type II chemovars have more of a balance between CBD and THC, while Type III chemovars are CBD dominant with little-to-no THC.

All types of cannabis can be used therapeutically, but types II and III tend to allow for better control of THC doses and are often preferred by healthcare professionals due to the reduced risk of side effects. Type III cannabis, despite containing small amounts of THC, is generally considered non-intoxicating.

It is increasingly accepted that CBD, which doesn’t cause an intoxicating effect, can counteract some of the effects of THC6. This happens because CBD can actually modify THC binding with certain receptors of the endocannabinoid system.

In other words, using a strain that has less THC or more of a CBD-dominant profile, should — by virtue of containing less THC — produce a less powerful high, and may reduce the anxiety that can commonly accompany a THC high.

A 2013 comprehensive published in Frontiers in Psychology looked at CBD’s ability to offset the “adverse psychological effects of THC,” and concluded that “the few studies that exist on the effects of CBD show that this cannabinoid can counteract some of the negative effects of THC.”

Is sativa or indica worse for your heart rate?

It’s conventional wisdom in cannabis that sativa strains are upbeat and indica strains are mellow and likely to induce the “couch lock” sensation. Countless cannabis consumers use these characterizations to shape their consumption or purchasing decisions

Unfortunately, there isn’t much scientific evidence to support this notion of indica vs sativa as a method of distinguishing between the effects of different types of cannabis. While there are many factors at play in determining why a cannabis chemovar produces certain effects, calling them indica or sativa is not one.

What does matter is the cannabinoid profile of the chemovar (how much THC, CBD, and other cannabinoids) and its terpene makeup. The various terpenes in cannabis not only determine its flavor and aroma, but may also have a big impact on its effects, including how energetic or sedative the high is.

Also, it’s worth keeping in mind that this can be very individualistic. The right dose for one individual can be very different than the right dose for another person, and a strain that makes one person very upbeat and giggly could induce a couch-lock sensation for someone else. And while a specific strain may be very relaxing to one person, another user could experience anxiety or paranoia, but this would not indicate that this is a universally-experienced effect of the cannabis variety in question. The same could be true for increased heart rate.

Is cannabis dangerous for the heart?

If you are a young, healthy person with no history of cardiac illness, then you probably should not be overly concerned about the cardiovascular side effects of cannabis use.

A 2018 review of existing research into marijuana use and cardiovascular risk factors found that there is “insufficient” evidence about how marijuana affects cardiovascular risk factors including stroke and heart attack8. The researchers stated that the current literature on the matter is limited by “recall bias, inadequate exposure assessment, minimal marijuana exposure, and a predominance of low-risk cohorts.”

That doesn’t mean that there may not be cause for concern. In fact, there is a substantial amount of data to suggest cannabis may increase the risk of cardiac disease

Cardiac-related mortality data from the U.S. National Vital Statistics System for 1990-2014 and showed a statistically significant increase of 2.4% in the rate of cardiac death among men following the passage of medical cannabis programs, as well as 1.3% increase among women11.

Other research has found that cannabis use is associated with an increased risk of cardiac dysrhythmia12, as well as non-fatal stroke, transient ischemic attack13, and acute myocardial infarction14. Importantly, cannabis users are more likely to be using tobacco products than non-cannabis users, which may contribute to these negative cardiac outcomes.

In general, if you are considering using cannabis, you may want to speak to your physician about the possible side effects, especially if you have a history of cardiovascular issues.

Can you do anything about increased heart rate from cannabis?

When it comes to cardiovascular health and cannabis, many of the same healthy lifestyle principles apply: Try to limit or cut out smoking as an intake method, exercise regularly, eat healthy, and try to get a full night’s sleep as often as possible.

If you find that you often get anxiety or your mind (along with your heart) races when you get high, then consider trying a lower-THC variety, or one that has more of an even balance between THC and CBD. This will help keep your THC dose lower and reduce the likelihood of a racing heart and racing mind.

And when those intense feelings strike, use some tried and true ways to bring your high down a little bit. First off, don’t panic. Remember that the high will wear off before too long, and this isn’t a permanent condition. Try to focus on your breathing, taking deep breaths to help you relax and bring your anxiety down. You can also try to find something funny on the TV, put on an album you love listening to, and when in doubt, raid the cupboard for snacks.

Regulation Is weed legal in Thailand?
Previous Article Irrigation and temperature tips for your cannabis plant Next Article THC can remain in breast milk for six weeks, study finds
The Cannigma uses cookies to improve your experience and to show you personalized adsACCEPTPrivacy Policy
Manage consent