How to Store Cannabis to Preserve Its Flavor and Potency

➤ Get your medical marijuana card

So, what really goes into properly storing your medical cannabis? What happens if your cannabis is not stored in the right way? Is freezing it a good idea? Let’s take a look.

How to store dried cannabis properly

Cannabis quality is influenced by several factors, including oxygen, light, heat, and moisture. Exposure to any of these influences can cause mold or dry out the cannabis buds. Ideally, marijuana should be stored in a cool, dry place with no light.

Investing in quality — small and large — air-tight mason jars can be a bit pricey, but definitely worthwhile. To protect cannabis from light exposure, go with an amber glass jar — the darker, the better. A physician will likely recommend you to get a glass jar because glass jars protect the cannabis from air and moisture and keep the aroma fresh.

Keep the jar away from light

As you may know, light is one of the biggest enemies of both dried cannabis buds and cannabis solutions.

A study published in the Journal of Pharmacy and Pharmacology in the 1970s looked at the stability of cannabis solutions when stored in different conditions. The study found that exposure to light — not just direct sunlight — had the greatest impact on loss of cannabinoids, especially in solutions like extracts. Most importantly, the study concluded that when stored under the proper conditions, cannabinoids maintain stability for up to two years.

That being said, exposing cannabis to direct sunlight should not even be a question. The UV rays break down organic matter, which in cannabis results in cannabinoid degradation and lower potency of flowers. You can never be sure how your cannabis has been stored prior to the purchase, so, make sure to take proper care of it from the moment you buy it. When purchasing your cannabis, bring your dark-colored mason container with you to protect the THC.

If you don’t have a basement or a pantry where it is dark enough for your cannabis, you can put your jars in drawers to eliminate light exposure. If your pantry is not exposed to light at all, you don’t even need a colored mason jar.

Although many people use plastic bags for their cannabis. Try to avoid them. Plastic bags won’t protect your supply from moisture, light, or air, which will hurt the freshness of the cannabis. Aside from that, there is a risk of crushing the buds, which may result in the removal of the trichomes from the bud, leaving you with a less potent medicine.

The ideal temperature for your cannabis

Many advise keeping cannabis in a cold place, but the main question is, how cold?

Heat exposure should not be overlooked. The 1970s study mentioned above also examined the effects of temperature on cannabis solutions and discovered that temperature up to 20 degrees had insignificant losses compared to exposure to light and air oxidation.

On the other hand, the decay of CBD in samples stored in darkness at 4°C (39°F) was 11.3%. When stored in laboratory light at 22°C (71.6°F), however, the average loss was 13.45%. So, cannabis stored in normal storage conditions (natural light and ambient temperature) showed a higher rate of cannabinoid decay compared to cannabis in special storage conditions (darkness and low temperature).

It is recommended to avoid keeping cannabis in temperatures higher than  21°C (70°F) — between 25°C (77°F) and 30°C (86°F) is the ideal temperature for mold to thrive. Also, excessive heat can dry out cannabinoids and terpenes.

Freezing your cannabis is not recommended for several reasons. One, the cannabis buds may have been frozen post-harvest by growers. Freezing cannabis again can degrade the buds and lead to bacterial growth because of constant temperature change. Another common thing that happens when freezing cannabis is low temperatures causing the trichomes to become icicles and break off.

Oxygen is as harmful as light exposure

According to the 1970s study, air oxidation led to a significant loss of cannabinoids in cannabis solutions. This is why it is important to find and purchase medical cannabis that has been carefully stored and with controlled exposure to air. Airtight glass jars that form a firm seal around the cannabis should help. Don’t stuff the cannabis buds inside the containers. Fill them in carefully and leave some room to breathe.

Avoid extreme humidity — but don’t dry it out

Both dry air and extreme humidity are bad for cannabis. The dry air makes the buds brittle, less potent, and harsh to smoke. Extreme humidity promotes the growth of mold. Although storing cannabis in a cool, dark place in a proper container won’t compromise your cannabis, adding a dehumidifier in your house can take care of potential mold issues.

Open your jars only when necessary

The less you open, touch, and move your cannabis buds, the better. Constantly touching and moving your cannabis from one jar to another will destroy the trichomes. When touched, trichomes tend to stick to your hands rather than stay on the dried flower. So, make sure to open your jar only when you are using your cannabis for medical purposes.

Things get a bit complicated when there are small children or teens in the house — you simply cannot leave your weed out in the open. A 2016 study that looked into storage and disposal of medical cannabis reported some concerning numbers regarding improper marijuana storage.

Over half of the patients interviewed for the study and 83% of caregivers had their medical cannabis stored in unlocked places, regardless if there were any children in the household.

Although there was no unintentional digestion of medical cannabis among the interviewees, the researchers pointed to data from other studies that showed an increase in cannabis digestion by young children after marijuana legalization.

Be extra careful with edibles

The study pointed out that most accidental ingestion by children happened because the cannabis was packed as food products.

Try to avoid leaving out edibles, including brownies, gummies, or anything that looks appealing to children. Look at storing medical cannabis, including edibles, the same as you would keep prescription drugs or other harmful substances away from children and teens.

Be open about it

Finally, try to talk to your kids about medical marijuana and the way it helps you. Talk about the positives and negatives, including its effects on teens and adolescents. Let them know it is your medicine and label each container with a certain mark that will tell children they are not allowed to eat from that jar. The situation is trickier with teenagers, so it might be better to keep the medical cannabis locked and out of sight. Have an open conversation with your kids about medical cannabis instead of hiding the fact that you are using it as a medicine.

Keeping your cannabis stashed in airtight glass or mason jars will preserve its aroma, flavor, and potency. Exposing medical cannabis to air and light can contribute to the buds losing their potency faster.  If properly stored, dried cannabis flowers can keep their freshness for up to a couple of months. If you have teens and children around the house, make sure to lock or hide medical cannabis.

All of these numbers show the need for more established regulations regarding better storage of medical cannabis. Both growers and pharmacies should be responsible for better storage—for example, by providing lockboxes—and accept the medical cannabis that caregivers want to return. Physicians should make it a mission to inform their patients on properly storing the herb.

But, until that becomes a regular practice, use these tips to store your medical cannabis properly and keep it out of reach of children and teens. 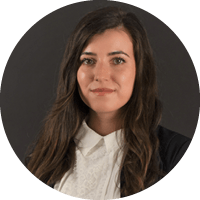 Andrea is a contributor to several cannabis blogs, where she covers cannabis news, benefits, and current state laws. When she is not writing, she l...