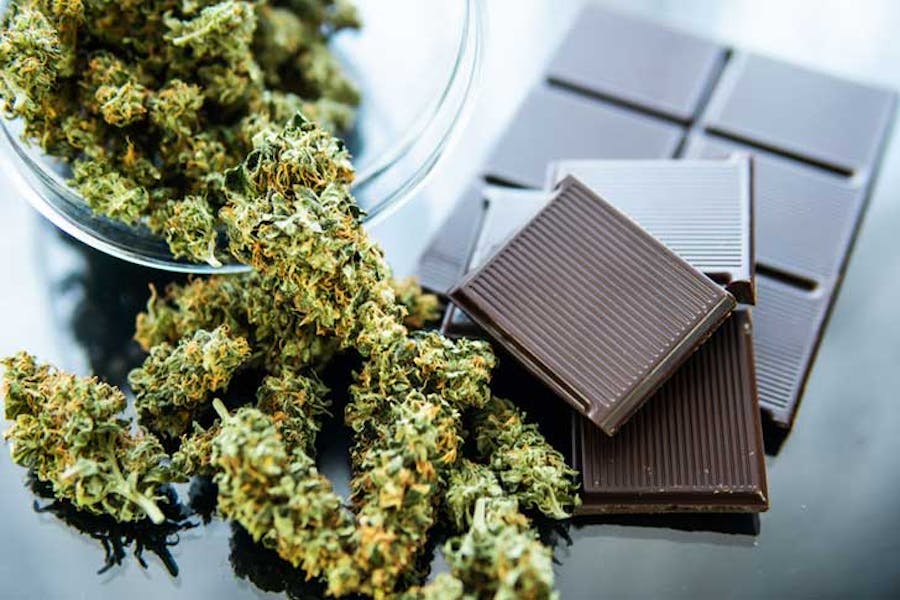 For this recipe you’ll need a few special items on hand such as candy molds and a double broiler. (Dmitry Tishchenko/123rf)

Last August, Cw Analytical Laboratories, a cannabis testing lab in Oakland, California, caught media attention around the world for a certain chocolatey discovery. “How much pot in that brownie? Chocolate can throw off tests,” wrote the Associated Press. “Fats may complicate potency tests on cannabis-infused chocolate,” Chemistry World concurred.

At the time, the lab’s research was still unpublished. But even so, its implications were too intriguing to delay. Had every cannabis-chocolate test conducted prior to the research been flawed? Were thousands of edibles across the US inaccurately labelled? Back then, Analytical Cannabis spoke to Cw’s David Dawson, the study’s lead researcher, to find out more.

Dawson soon found that one gram of cannabis-infused chocolate showed higher levels of THC than two grams of material.

“That is not what you expect,” he told Analytical Cannabis. “[But] the cocoa powder had the least issues[…] so that points me away from the organic cocktail [of chocolate] and more to the fats.”

A lot has changed since that initial announcement. Dawson’s research was published in the Journal of Agricultural and Food Chemistry and, of course, the whole Cw team had to refit their cannabis tests around a pandemic.

But, for all this change, many of those initial questions thrown up by the lab’s chocolate research remain largely unanswered. Are thousands of edibles across the US inaccurately labelled? Analytical Cannabis caughtup with Cw’s CEO, Dr Robert Martin, to find out.

“Absolutely,” says Martin, when asked the same question. “Since there’s been no research prior to this, whatever we can offer is acceptable,” he adds.

Cw’s cocoa-cannabis discovery may have been surprising to consumers and international publications, but it shouldn’t have been a shock to industry insiders, says Martin. They, more than most, are aware of just how little cannabis science has been done.

“Our frustration in the cannabis industry is that so much of our regulation is based on anecdotal information that’s gained footholds over the years from people that didn’t do any research to prove it,” he tells Analytical Cannabis. “But as the research begins, the belief that we’re going to go the right way starts gaining momentum. The only way we can do this is research.”

Luckily, research into cannabis-chocolate chemistry is already off to a solid start. In their now published study, Dawson and Martin detail how they subjected cannabinoids to milk chocolate, dark chocolate, and cocoa powder, and analyzed the subsequent matrices.

“A lot of that’s kind of fun work. You know, you have things left over in the lab,” Martin wryly remarks. “It’s good to have chocolate to eat.”

Just as hinted in their initial announcement, the duo’s finalized study found that cannabis chocolate could confuse its analysts just as much as its consumers. “We found that different types of chocolate inhibited cannabinoid recoveries in different ways,” Martin says.

After analyzing their results (and sampling their samples), the Cw team found that the amount of chocolate present was directly proportional to the amount of matrix interference, which yielded lower recovery rates for the cannabinoids. But which compounds were actually being affected?

“So, David got into it and found out that the phenolic groups on the cannabinoids had a direct implication to the suppression of the recovery,” Martin says.

They Cw duo observed that the cannabinoids with fewer phenolic (−OH) groups showed more signal suppression when analyzed in a chocolate matrix.

“The data verified that the blockage of the molecules in the cannabinoids was phenolic in origin, and we started developing a method which took that into account,” Martin adds, “which enabled us to recover what we think is 98-to-100 percent of the cannabinoids in the chocolate matrix, which has never been done.”

The kernel of cannabis-edible chemistry

The phenolic discovery could be foundational for the future research of edible chemistry, but it’s not yet conclusive. In their study, Dawson and Martin note that aromatization of certain chemical groups also appears to correlate with enhanced matrix effects from chocolates high in cocoa solids. And while it’s agreed that the phenolic groups are a factor in matrix interference, there’s less consensus around which chocolate constituents are contributing to the cannabinoid confusion.

“Well, we believe it’s the fat, although that’s still a theory, and I still think we need more data to actually confirm that,” Martin says. “David believes it’s theobromine as well, and we’re doing some more work right now to confirm that.”

“But we’re pretty excited that we identified the phenolic end of the cannabinoid as the source. And so, we’re taking that like a first bit of data and expanding out from there.”

Part of this expansion will be into cannabis beverages; Cw recently announced a partnership with Vertosa, Inc., another Oakland-based cannabis technology company with a focus on liquid-infused products. But, given the plethora of cannabis-infused goods now available in legal states, Martin and his team are in no short supply of products to next test.

“This is just the tip of the iceberg with chocolate,” he says. “Many of the products in the cannabis space are first-time products – gummi bears with cannabinoids, dog food with cannabinoids, lotions, and salves – all these represent different matrix challenges to for an analytical chemist.”

“I’ve said a million times to people, if it were only flower and concentrates, it would be a really easy game we’re playing. But everyday we’re challenged with some new matrix,” he adds.

Fortunately, despite how daunting it may be, Martin is still passionate about the research to come.

“I’ve been in the laboratory since I was 16 years old. So, I’ve been in some form of lab my whole career,” he tells Analytical Cannabis. “If a group of us and colleagues in the lab industry in California can actually provide something that’s logical and scientific going forward, what a great legacy that would be.”

This article originally appeared in Analytical Cannabis’ Technologies and Techniques for Cannabis Testing eBook in September 2020.

Previous Article Israel to legalize marijuana in 9 months, justice minister says Next Article Zaki had 200 seizures a day. Only CBD oil worked
The Cannigma uses cookies to improve your experience and to show you personalized adsACCEPTPrivacy Policy
Manage consent