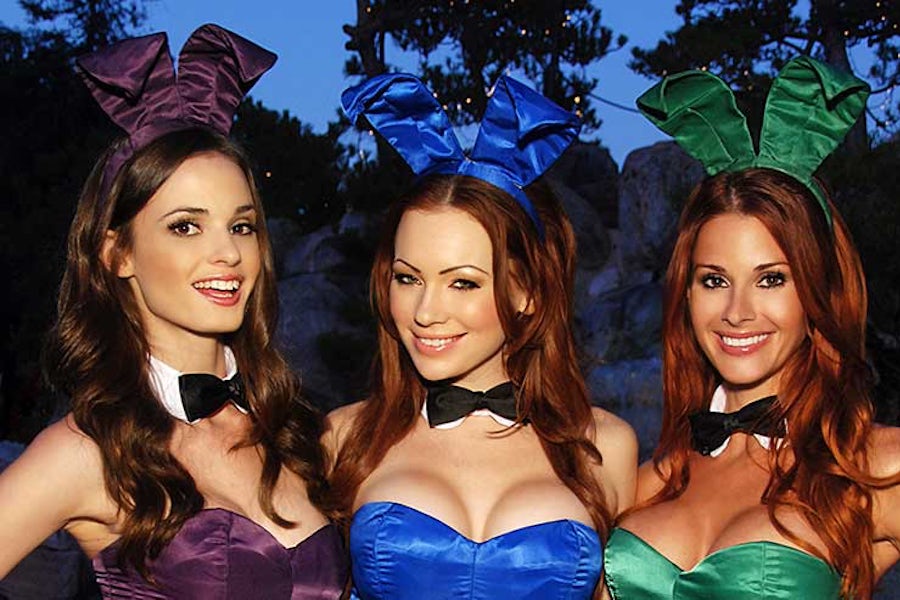 Playboy bunnies at the Playboy Mansion in 2011. (© Glenn Francis, www.PacificProDigital.com)

For decades a groundbreaking men’s magazine and now a global lifestyle brand, Playboy can add another couple of titles to the mantle: cannabis advocacy group and CBD brand.

Playboy announced last week that it is launching a cannabis law reform and advocacy campaign along with major advocacy groups such as NORML, Last Prisoner Project, Marijuana Policy Project, the Veterans Cannabis Project, and the Eaze Momentum Program, which it says is part of its “decades-long work to push for legalization, decriminalization and stigmatization of cannabis.”

According to Playboy, it will be a three-pronged campaign focused on policy, people, and culture. The campaign will be focused on calling for federal legalization, and will also include a mentorship plan through the Playboy Foundation, to help entrepreneurs from groups that have traditionally been left out of the cannabis industry.

In a press release last week, Rachel Webber, CMO of Playboy Enterprises said that “for far too long, our nation’s policy toward cannabis has been backward and punitive, leading to decades of injustice in our legal system and to social stigma and shame,” adding, “it is our duty to carry on the work Playboy began over five decades ago, by advocating for marijuana law reform and promoting the positive roles cannabis plays in people’s lives as a form of recreation, free expression, and health. We are proud to commit our platforms and resources to support this cause and we are grateful for the partnership and support of the organizations playing leading roles in advocating for legislative reform, social justice, and cultural stigmatization.”

The press release highlights the fact that in 1970, Playboy was the founding donor of NORML, and a year earlier, the magazine published a professional assessment entitled “Pot: A Rational Approach.”

So far the campaign has included a pro-legalization Medium post written by CEO Ben Kohn, which the company says will be followed by support for “individuals who’ve been adversely affected by unjust laws and work to increase diversity and equitable participation in the industry.” It has also vowed to support the Last Prisoner Project’s Prison to Prosperity program through executive mentorships and $25,000 grants to help support the organization’s reentry work. This is in addition to a $25,000 grant and executive mentorship for the EAZE Momentum businesses accelerator program “designed to support and empower underrepresented founders in the cannabis industry.”

Finally, the company vowed that the “culture” part of the campaign will include using its media platforms “to shift cultural perceptions around cannabis and to drive the conversation toward the mainstream.”

Can CBD Close the ‘Orgasm Gap?’

The advocacy campaign launch follows news earlier in September that Playboy is launching “CBD By Playboy,” a line of CBD intimacy products that the company vows will help “close the orgasm gap.” It’s part of the company’s wider Pleasure for All by Playboy line, which also includes apparel and sexual wellness products.

And while some recreational users would say using marijuana for the CBD is like reading Playboy for the articles, in recent years, more and more consumers have turned to CBD for its health benefits, and the famed men’s magazine has become the latest big name to join the CBD rush.

The marketing of the CBD products and the overall Pleasure for All line has the same female-focused, sleek and attractive vibe adopted by many CBD brands, and seems almost to be an attempt to answer the question “what if Playboy was never a men’s magazine to begin with?”

Unlike other CBD companies, there are no centerfold-ready photos of cannabis plants and hemp fields, their buds bathed in a warm glow and passed through a soft (core) filter.

According to Playboy, the products are meant to address what it refers to as “the orgasm gap,” the phenomenon covered in Playboy’s reporting and in recent independent scientific research that 85% of men climaxed the last time they had sex compared to just 64% of women, and that 95% of heterosexual men in the U.S. reported they usually or always orgasmed during sex, compared to just 65% of heterosexual women.”

As part of the CBD line roll-out, Playboy is also launching a three-part education course developed along with the women’s health start-up All Bodies, which it states will help people “learn about the biology behind orgasms, build confidence communicating about pleasure and learn techniques for individual and partner arousal and pleasure.”

According to Anita Little, Playboy Sex & Culture Editor, “The launch of our new CBD by Playboy line, and our larger assortment of Sexual Wellness products, are part of our continued effort to help close the orgasm gap. Our aim is to provide everyone with the knowledge — and now also the sexual wellness products they need — to have the most fulfilling sexual experiences possible.”

In a sense, the pivot to CBD is part of the wider company shift in Playboy that has seen it shift from – in their words – “a sophisticated and cheeky men’s magazine with a reputation for challenging taboos,” to a “global lifestyle brand” focused on sexual wellness, apparel & Accessories, Home & Hospitality and Grooming, Beauty and Skincare.

Previous Article How to get a medical cannabis prescription in New Zealand Next Article Study: Strain names don’t mean much, give ‘false sense of diversity’
The Cannigma uses cookies to improve your experience and to show you personalized adsACCEPTPrivacy Policy
Manage consent