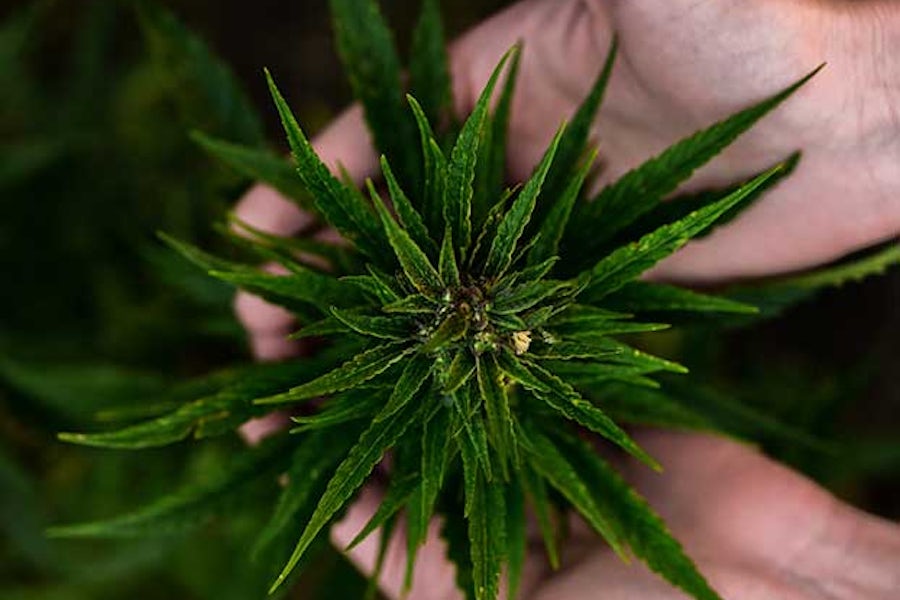 The pace of advancement in medical cannabis over the past 10 years has been such that cannabis regulation, science, and medicine today are almost unrecognizable compared to a decade ago.

The number of states and countries with medical cannabis programs has exploded, and those changes helped lead over a dozen jurisdictions to adopt or consider the legalization of recreational cannabis as well.

From a scientific and medical standpoint, the amount and pace of research taking place — and the legitimacy of doing that research — has only begun to reach a level where it can unlock the myriad benefits and uses cannabis has to offer.

Intertwined with and inextricable from those developments has been a sweeping change in public opinion around the world — toward cannabis in general, but specifically and understanding of its medical uses and low risk profile.

So before we enter the next decade, which itself holds great promise for the advancement of medical cannabis, greater access to it, and our understanding of all it can do, here’s a look back at how far we’ve come.

At the end of 2009, only 13 states in the US had medical cannabis programs and none explicitly allowed for adult-use recreational marijuana. By January 1, 2020, 33 states and more than two-thirds of the US population will live in a state where medical cannabis is legal in some form.

In 2020, an estimated 28% of Americans — living in 11 states and Washington DC — will live in a state where recreational cannabis is legal. A decade ago, that number was zero.

Globally, at the start of 2020 an estimated 15% of the world’s population will be living in a jurisdiction with some sort of a medical marijuana program — that’s 40 countries, not including the United States.

Several other countries including Colombia, Peru, Venezuela and Ecuador have also legalized medicinal weed or decriminalized personal use in the past decade. Legislation passed in Jamaica in 2015 granted individuals the right to possess up to two ounces of cannabis.

And the momentum is only picking up. Many other US states — such as New York, New Jersey, New Mexico, Florida, Connecticut, and others — are all expected to consider or advance cannabis legalization in the next few years.

Other countries like Luxembourg, Mexico and New Zealand are also likely to officially legalize cannabis within the next two years. With just a few days left in 2019, Trinidad and Tobago decriminalized the possession of up to 30 grams of marijuana.

And those are just a few examples.

There’s no doubt that cannabis’ journey to legalization has been challenging. It has also been blessed with victories that reveal a shift in perception in favor of cannabis — among the public, but also in legislatures and judiciaries across the world.

In Mexico and South Africa, the path to legalization came as a result of Supreme Court rulings that absolute cannabis prohibition is unconstitutional.

In the United Kingdom, the beginnings of a medical cannabis program were kickstarted by the parents of children with rare forms of epilepsy who launched public campaigns to get legal access to the only treatment that worked — cannabis oil.

In the United States, not only did the federal government allow the mass production of hemp (defined as cannabis with less than 0.3% THC), opening up massive growth for CBD production and sales, and congress even began deliberating federal decriminalization.

On a state level, US local lawmakers and prosecutors began to correct some of the damage caused by cannabis prohibition. In California, authorities are starting to clear 54,000 cannabis convictions in two counties, and in Illinois authorities are expected to expunge some 800,000 criminal records once recreational cannabis becomes legal on January 1, 2020.

It is impossible to decouple all of those changes from shifts in public attitudes toward cannabis. It is hard to say definitively whether public opinion is led by or leading regulatory changes. However, what we do know is that, at least in the United States, the people have become increasingly supportive of medical marijuana access and legalization over the years.

Three of the factors that helped shift public opinion were: evolving understandings of the cost of enforcing cannabis prohibition laws, particularly with regard to incarcerating non-violent offenders; the rapid advancements science and medicine have made in their knowledge of the plant’s therapeutic value; and a willingness to look for alternatives to common pain killers following the opioid epidemic in the United States.

A great deal of research has been done over the past decade into the cost of cannabis prohibition. A paper titled, “Assessing The Crack-down On Marijuana In Maryland” summed up these efforts, noting that, “tougher enforcement has little effect on marijuana use, crime or public safety.” The authors also found that such enforcement “has a substantial racially disparate impact.”

Many researchers also pointed out that enforcing federal regulations surrounding cannabis — and subsequent incarceration of nonviolent offenders — was not economically viable. Research from The Center for American Progress shows how the economic impact of cannabis legalization would save taxpayers a large sum of cash (and continue to generate additional revenue):

“…marijuana legalization would save roughly $7.7 billion per year in averted enforcement costs and would yield an additional $6 billion in tax revenue. The net total—$13.7 billion—could send more than 650,000 students to public universities every year.”

The second component that would drastically sway public sentiment was emerging research that detailed emerging therapeutic benefits of cannabis.

In 2014 the Guideline Development Subcommittee of the American Academy of Neurology sought out to investigate cannabis’ efficacy for several neurologic conditions. It did so via a systematic review of 34 studies between 1948 and 2013, focusing on multiple sclerosis (MS), epilepsy, and movement disorders. The authors concluded that cannabis was effective at reducing spasms and bladder voids in patients with neuropathic pain or urinary dysfunction.

A 2015 paper published by The Journal of the American Medical Association reviewed medical literature surrounding medical cannabis in 28 randomized clinical trials. It found evidence to support cannabis’ use for chronic pain, neuropathic pain and spasticity due to MS.

That leap forward is also reflected in the amount of research being devoted to medical cannabis. In 2009, a search for “cannabis” in PubMed, an online database of biomedical literature, returned 9,641 results. A decade later, in 2019, an identical search returned 21,230 results, well more than double.

One of the papers published in that time, a 2008 landmark study by Dr. Ethan Russo “Cannabinoids in the management of difficult to treat pain,” helped dispel many of the lasting negative associations associated with “reefer madness.”

One of the more compelling intersections of cannabis’ medicinal promise is exemplified by its potential as a treatment for epilepsy. CBD, in particular, showed such great potential as an anti-epileptic agent that the FDA introduced Epidiolex, a CBD based oral solution, in 2018, “for the treatment of seizures associated with two rare and severe forms of epilepsy, Lennox-Gastaut syndrome and Dravet syndrome.”

The FDA’s decision showed that cannabis had significant medical value, which contradicts its antiquated legal status as a schedule I drug, a designation that is supposed to mean a drug has no medical use.

In conjunction with great strides in cannabis medical research, scientists have also made significant advances in what we know about the plant itself.

In 2009 researchers at the University of Mississippi discovered nine new cannabinoids, bringing the total number of known cannabinoids up to 80. Today, some researchers have identified 144 cannabinoids in the cannabis plant — and that number is expected to grow.

This is only the beginning of mainstream science’s embrace of cannabinoids. The US government recently turned heads when the National Institute of Health announced it would fund research to better understand the analgesic properties of minor cannabinoids and terpenes.

Cannabinoids show great medical promise but they’re only one of several unique types of compounds found in cannabis. Research has helped cement the idea of cannabis as medicine, so much so that cannabis is now considered to be an effective treatment for several conditions. These include treating the symptoms of HIV/AIDS, cancer, glaucoma, MS, PTSD, chronic pain, nausea, and seizure disorders.

Into the Next Decade of Cannabis

The future for cannabis is looking incredibly bright. In addition to government funded cannabis research, we’re also beginning to see an increase in the number of institutions and programs devoted to studying the plant and the full spectrum of its effects.

The University of California, Berkeley, made waves when it created a multi-disciplinary Cannabis Research Center devoted to exploring the effects of cannabis on the public. The University of Baltimore, Maryland, made news this past year by launching the world’s first Master’s program in cannabis.

Other researchers are also meticulously diving in to potential new applications of medical cannabis. Many manufacturers are now exploring water soluble or nano emulsified technology with the goal of creating products that are faster acting and more bioavailable.

Manufacturers and pharmaceutical companies are also racing towards exploring and developing minor cannabinoids like CBG as more research around these compounds emerges. THCV is another cannabinoid that’s being looked at for its potential effects on diabetes and weight management.

What does the next decade hold for cannabis? Only time will tell, but we’re excited to find out.

Previous Article MLB strikes cannabis ban, will treat it like alcohol Next Article How police test for cannabis-impaired driving
The Cannigma uses cookies to improve your experience and to show you personalized adsACCEPTPrivacy Policy
Manage consent