Home Plant
What is THCV and why is everyone talking about it?
4 min read

What is THCV and why is everyone talking about it?

by Emily Earlenbaugh, PhD.
Medically reviewed by Minchul An, PharmD 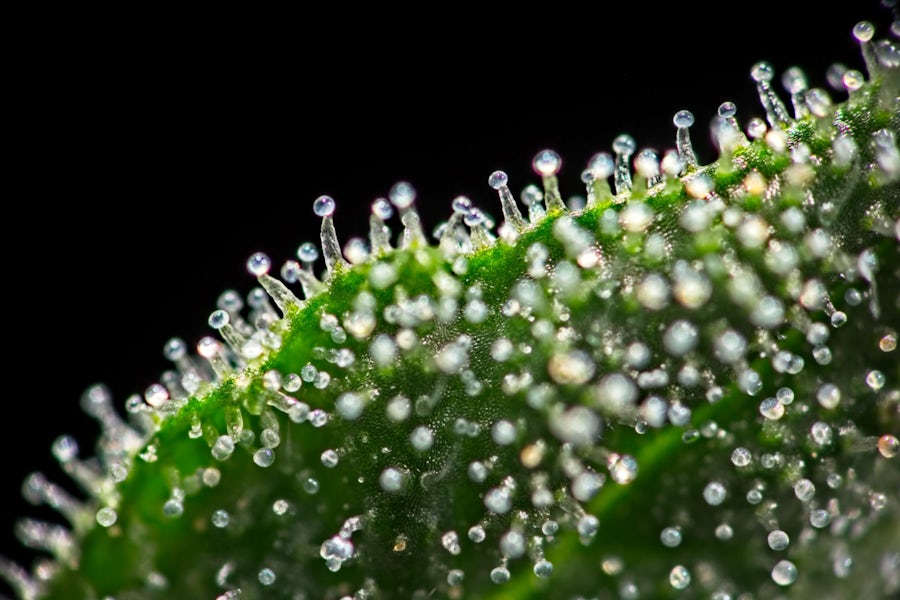 THCV is just one of over 500 chemical compounds found in cannabis, but its unique effects and serious medicinal potential has made it one of the most intriguing cannabinoids in the plant.

With the potential to help with serious conditions like diabetes, Parkinson’s, and epilepsy, and a high that is said to ease anxiety and suppress appetite, it’s no wonder many cannabis patients are on the hunt for THCV-rich products to help them through their day.

THCV is a cannabinoid found in some cannabis plants. Usually experienced as relaxing, euphoric, and energizing, the unique compound produces a clear-minded psychoactive high that many prefer to the more hazy-minded experience of THC. Discovered in 1971, this chemical has become increasingly popular over the years, but it is also relatively rare. The combination has led to it being dubbed “The Sports Car of Cannabis” — high performance, but expensive and more difficult to find.

In many ways, THCV is similar to THC, the cannabinoid famous for giving cannabis its intense psychoactive high. Both are psychoactive, both produce a relaxing and euphoric high, and both offer a wide array of potential medical uses. But these two compounds have slightly different chemical structures and their effects differ in some important ways as well.

For one thing, the high associated with THCV is often described as less disorienting than THC, and less likely to produce anxiety or hunger from the munchies. It also tends to be energetic, rather than sedative, while THC can produce either energetic or sedative results depending on what other cannabinoids and terpenes it is mixed with.

In addition, both THCV and THC start out in an acidic form, which is commonly decarboxylated to utilize its full benefits: just as THC comes from THCA, THCV starts out as THCVA. Cannabis flower labeled as high in THCV needs to be heated for the THCVA to be able to transform into THCV. This happens naturally when you smoke or vape cannabis, but requires some extra attention when using oral delivery methods. Luckily, edible products already containing THCV are starting to hit the market — and can be an easy option for those looking to try out this rare cannabinoid.

What conditions benefit from THCV?

Research on THCV’s medicinal benefits is very limited. Still, the research that has been done suggests that THCV could be a powerhouse medicine with an array of medicinal effects. From diabetes and obesity to anxiety and neuroprotection, the preliminary research has been promising for a number of conditions.

One reason that people use THCV is its ability to suppress appetite. While cannabis rich in THC tends to give people the munchies, THCV does the opposite — making it a potential option for those looking to lose weight. Animal studies even show THCV treatment can lead to body weight reduction. For those who hold back on using cannabis because of the munchies, THCV might be an excellent solution.

THCV’s impact doesn’t stop there. Studies also show that THCV may be able to help those with type 2 diabetes to better regulate blood sugar control and insulin production. One study found THCV was able to significantly improve glycemic control. GW pharmaceuticals, the maker of the first FDA cannabis-based product, Epidiolex, for rare types of epilepsy, is even working on a THCV-based medicine for type 2 diabetics. According to their test results, THCV was able to improve insulin production and lower blood sugar levels between meals.

There is a small body of data suggesting that THCV could have anticonvulsant effects. Animal studies on rats treated with THCV have shown reduced seizure activity. This suggests THCV may be helpful for epilepsy. Still, we are in the very early stages of this research and studies on human patients need to be conducted to validate any potential benefit for humans.

THCV may also be able to help those with neurodegenerative diseases like Parkinson’s disease. One animal study found it has antioxidant and neuroprotective properties that might be able to ease Parkinson’s symptoms and delay the progression of the disease. Still, like with epilepsy, more research on THCV for Parkinson’s needs to be done to confirm its helpful role.

THCV’s relaxing high has also been reported to help those suffering from anxiety. And it may also help to reverse THC-induced anxiety when using cannabis. One study found that when THC and THCV are combined (as is the case in most high THCV cannabis strains) patients suffered fewer negative side effects like racing heart and paranoia than with THC alone. So those using cannabis for anxiety might find improved results by using options that also contain THCV.

THCV may also help those with weakening bones find new strength. One study showed that THCV can actually help promote the growth of new bone cells, strengthening and healing bones. This could make it a helpful supplement for bone health and potential treatment for osteoporosis and other bone-related conditions.

If you think THCV might be helpful for you, start by consulting a doctor who specializes in cannabinoids. Cannabis is extremely safe but it can have side effects and drug interactions.

In some places where cannabis is legal, there are edible, sublingual or vapable products that are designed around having higher levels of THCV. If those aren’t available in your area, you can always look for raw cannabis strains that are naturally high in THCV.

In general, THCV is more common in sativa strains that originate in Africa, such as Durban Poison. New strains have also been bred to maximize THCV, such as Doug’s Varin and Pineapple Purps. Not sure if a strain has THCV in it? Checking the lab test results of any product is a good way to see if THCV is present. 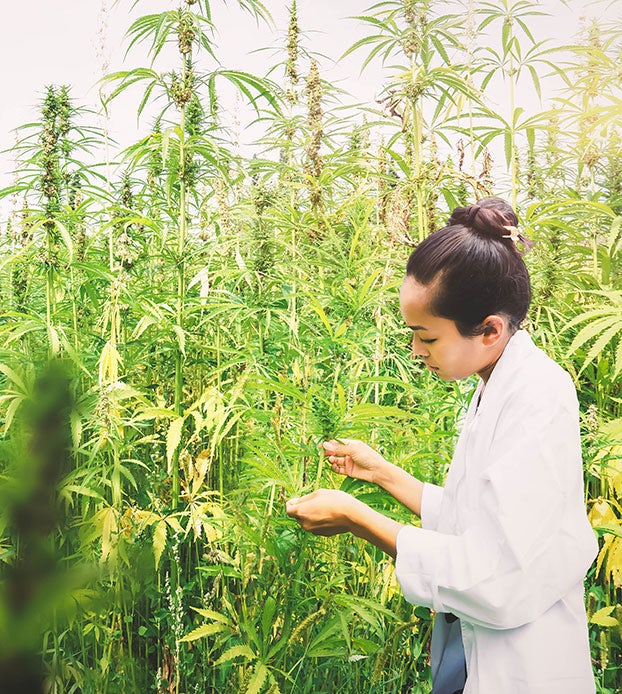 The difference between hemp and cannabis 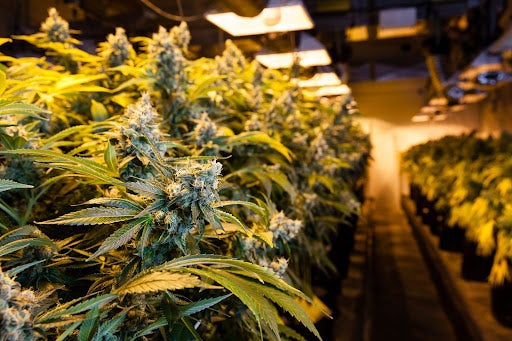 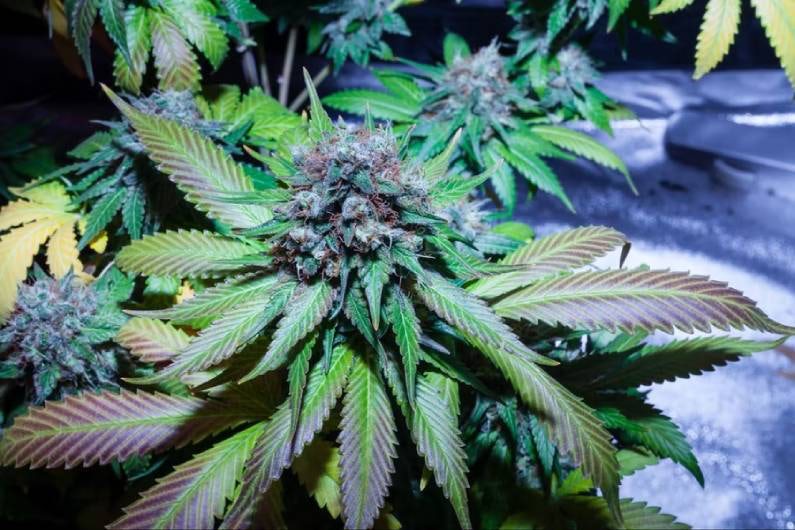 What is THCP and how does it affect you? 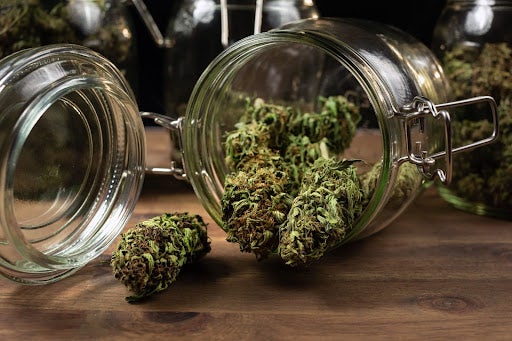 How to rehydrate dry cannabis: the good, the bad & the risky