Home Plant
Indica vs Sativa: Are they really that different?
7 min read 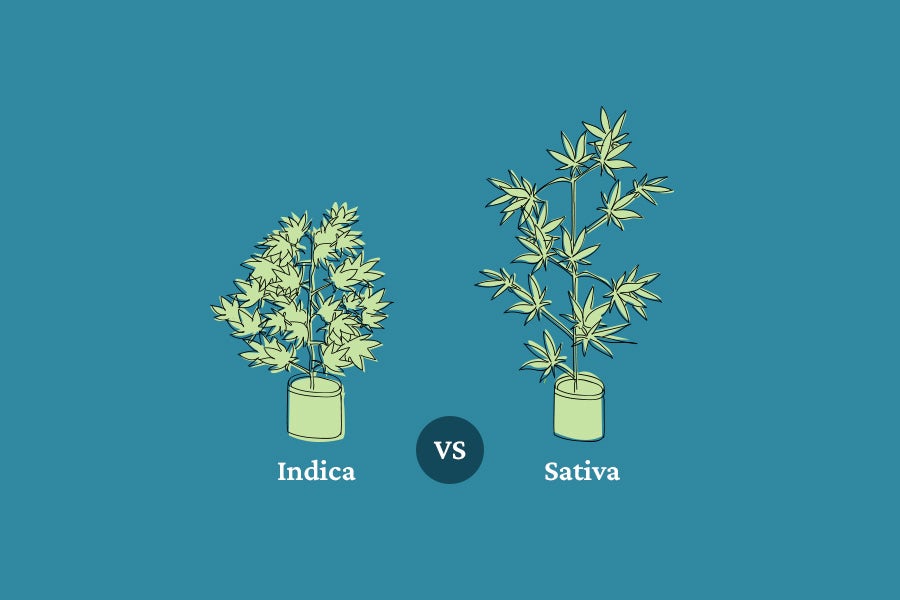 What’s the real story behind Indica vs Sativa?

When you walk into a cannabis dispensary, there’s a very good chance that the first question you’ll be asked — after you hand over your ID — is whether you’re looking for a sativa or indica. Your answer is supposed to  determine whether you end up purchasing cannabis that is either more uplifting or sedating.

Of course, choosing the right type of cannabis is vital for achieving the best treatment or experience — it’s just that using indica and sativa as the framework for doing so perpetuates one of the biggest falsehoods in the cannabis industry today.

Let’s be clear — sativa and indica are real terms. They just happen to have very little to do with the way they are used.1

In their correct usage, indica and sativa do refer to different types of cannabis plants, but they actually describe the plant’s morphology (how it looks and grows) and not its chemical profile or effects. There is very little evidence that these types of variations have anything to do with whether a strain, or chemovar, is an indica or sativa.

To the credit of the cannabis industry, there is no perfect alternative to the use of these terms that captures their ease and simplicity, which is why it will be so difficult to get millions upon millions of people to change the way they understand the plant.

But there is a better way. More on that below.

How do sativa and indica make you feel? Probably the same

Most people use indica and sativa to denote two spectrums of effects they are said to cause:

Sativa, on the other hand, is said to be:

The problem is that a plant’s morphology alone can’t tell you everything you need to know about its chemical composition. Furthermore, the indica and sativa classifications were created at a time when scientists didn’t yet have the tools to examine plants’ chemical composition, so they defined them by their appearance.2

Making things even more complicated, even if in the past there may have been pure indicas and sativas that did have distinct chemical properties, the way that cannabis has been bred has resulted in a situation where most cannabis plants available today are a hybrid of the two.

Genetic studies have found “only a moderate correlation between the ancestry of cannabis strains, as reported by breeders, and the ancestry inferred from their DNA,” writes cannabis researcher Arno Hazekamp. “As a result, the genetic identity of cannabis products could not be reliably inferred by its vernacular name or by its reported ancestry as supplied by cannabis growers.”

That isn’t to say that there is no correlation between cannabis marketed as indica or sativa and the chemical properties that correspond with the effects attributed to them — there is some evidence that certain terpenes are more common in the different types, thereby making them distinct.

In Hazekamp’s research3, a chemical analysis of 68 sativa and 63 indica varieties sourced from The Netherlands found no difference in the average content of CBD and THC. Instead, the major difference between the two groups was explained by the higher presence of specific terpenes associated with the Indica varieties. Interestingly, some of these terpenes act as hormones that regulate plant shape and size, and the researchers speculate that this may explain the connection between the morphology of Indica plants and their specific terpene profile.

A better way to classify cannabis

As mentioned, there are real differences in the types of cannabis you can get these days, but you can’t determine those variations based on the species or subspecies. What matters and what will determine its effects has much more to do with the chemical profile of that particular product

Speaking to The Cannabis Enigma podcast, Dr. Ethan Russo stated that “at one time, there could have been chemical differences between these different types of cannabis (i.e. indica and sativa), but they all interbred.”

“What we should be dealing with is the chemical composition of the material and that can only come with an analysis that can’t be deciphered based on what the plant looks like, how tall it is, whether the leaflets are narrow, or broad or any of those criteria,” Dr. Russo continued.

To know what to expect from the plant and what effect it will have, Dr. Russo added, “we have to know what’s in it, what are the predominant cannabinoids and terpenoids.”

Chemovar is a term that is growing in popularity among scientists and cannabis enthusiasts to describe a type of cannabis based on its unique chemical composition. To distinguish between different chemovars, most scientists will look at the dominant active ingredients: in the case of cannabis, cannabinoids and terpenes.

The most common cannabinoids are THC and CBD, which also happen to be what most consumers look at first when choosing a cannabis product.

THC (delta-9-tetrahydrocannabinol) is the intoxicating cannabinoid that makes users feel high, euphoric, and can reduce pain, anxiety, and inflammation. However, THC is also responsible for many of the adverse effects of cannabis.

CBD (cannabidiol) is non-intoxicating but can provide antianxiety, antipsychotic, and antidepressant effects. CBD may also reduce inflammation and pain and can counteract some of THC’s unwanted effects.

After that come terpenes, which in addition to smell and taste, are often credited with creating most of the effects often  attributed to indica and sativa: whether a chemovar is uplifting or sedating, etc.

With cannabis, it is believed that many of these elements work in concert with each other — called the “entourage effect” — and can have different or greater effects when combined than when consumed alone.

There are over 145 cannabinoids and over 200 terpenes that have been found in cannabis plants, so any given strain or chemovar in theory has a unique combination in unique ratios. In reality, even specific chemovars can have significant variations based on everything from what part of the plant that particular flower grew on to what time of year it grew to what side of the field it grew on and how much sun it got.

That said, knowing the concentrations of THC or CBD you are looking for, what other cannabinoids you like or are known to help the symptoms you’re looking to treat, and which primary terpenes are associated with the effects you’re trying to achieve, is a far more accurate way of choosing a strain.

The problem, of course, is that it is way more complicated than telling a budtender whether you want an indica or sativa. In many states, you may not even have access to the information necessary to make a purchasing decision based on chemical profile.

The origins of indica and sativa

People have been cultivating cannabis for millennia, but it wasn’t until the Renaissance that a German botanist named Leonardt Fuchs coined the term “cannabis sativa,” which he used to indicate domesticated hemp.

Later, in the 18th century, Swedish botanist Carl Linnaeus adopted the term Cannabis Sativa as hemp’s Latin name in his book “Species Plantarum.” “Sativa” simply means “cultivated” in Latin, probably referring to the cultivated hemp crops in Europe and western Eurasia that were grown for its fiber and seeds.

About 30 years later, Jean-Baptiste Lamarck published a description of what he considered a second species of marijuana, named Cannabis Indica. Meaning “of India” in Latin, Cannabis Indica refers to the wild-growing psychoactive variety of cannabis discovered in India, used to produce hashish.

Lamarck’s Indica was not morphologically dissimilar to Linnaeus’ Sativa, however, the distinction changed in the 1970’s when ethnobotanist Richard Evans Shultes4 published a picture of a short, broad-leafed Afghan variety and classified it as Cannabis indica in his poly-species taxonomic treatment of the genus. At the time, North American and European breeders imported the Afghan variety to take advantage of its early flowering, cold tolerance, and short, dense stature by hybridising it with narrow-leaflet varieties from the tropics which were known as ‘Sativas’5. To distinguish between the two, the short, broad-leafed Afghan variety became known as Indica in the vernacular and the name stuck ever since.

Cannabis Indica is traditionally suggested as having a shorter stature, broader leaves, and a shorter flowering cycle. Cannabis Sativa plants, on the other hand, had a taller stature, narrower leaves, and a longer flowering cycle. While these are real distinctions, they are not thought to have anything  to do with the chemical profile of the flowers.

Botanists have been arguing ever since about whether Cannabis Sativa and Cannabis Indica are two distinct species or whether indica is merely a subspecies. To this day, it is still a subject of hot debate.

What isn’t debated much, however, is that almost every cannabis chemovar on the market today is a hybrid of the two — and that its effects can’t be predicted by the origins it claims.

What about cannabis ruderalis?

To make matters even more complicated, a third type of cannabis was classified by Russian botanist D. E. Janischewsky in 1924, named Cannabis Ruderalis.

Ruderalis basically means “rubble,” as ruderal plant varieties are the first to grow “out of the rubble” in areas that have been cleared of other vegetation.

Ruderalis is an auto-flowering variety of marijuana that was found to be growing wild in eastern Europe, first being discovered in Siberia. It also grows in the northern Himalayas in Asia.

Ruderalis is shorter than Cannabis Sativa, usually growing to no more than 2 feet (60cm) tall. The plant is branchless for the most part, although it has a sturdy, fibrous stem.

Unlike sativa and indica cannabis varieties, ruderalis has autoflowering abilities. In other words, it does not depend on light conditions to produce flowers and produces them much earlier than other varieties. That is why, despite traditionally being low in THC, ruderalis is gaining popularity.

Zoe Biehl contributed to this article. 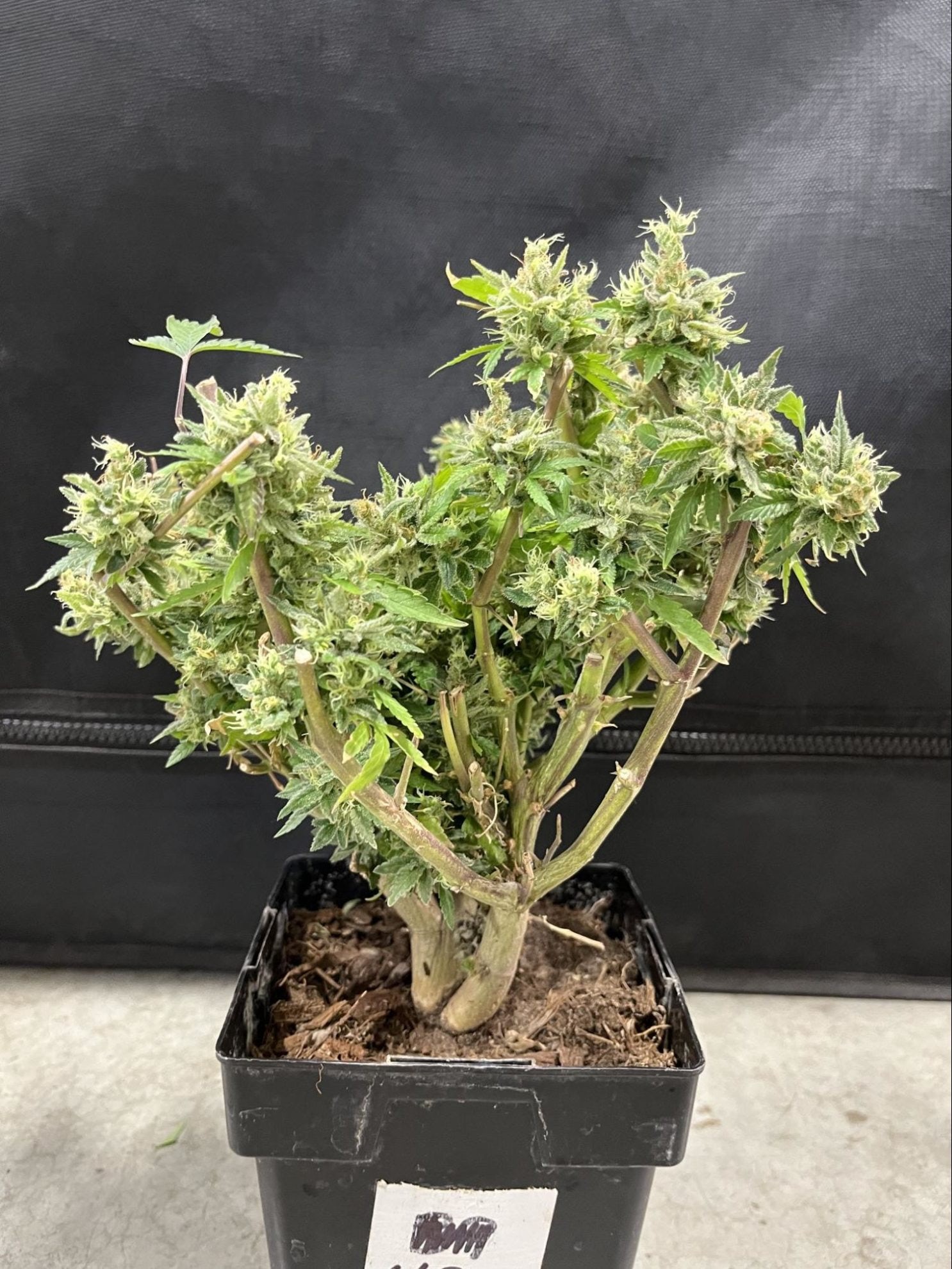 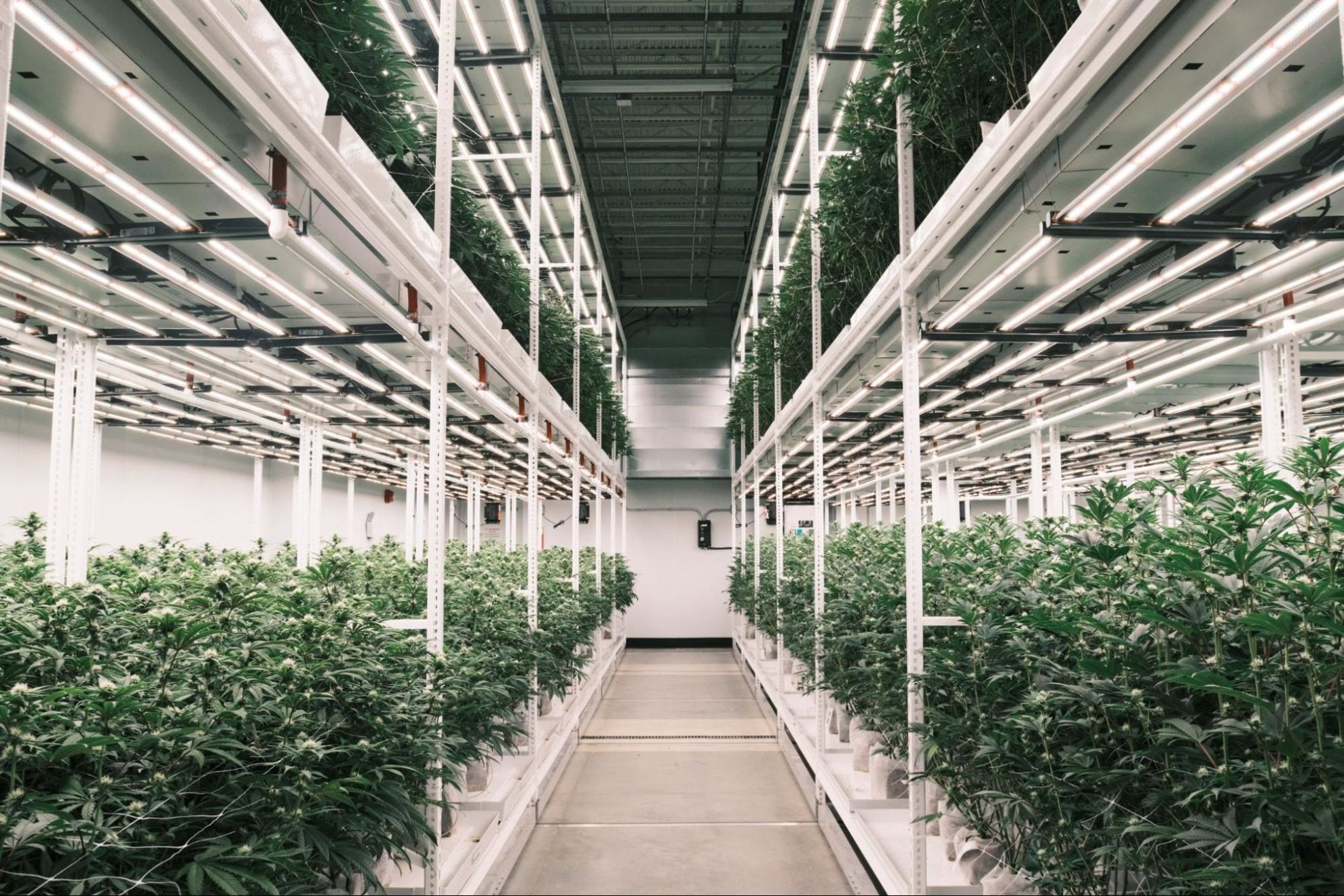 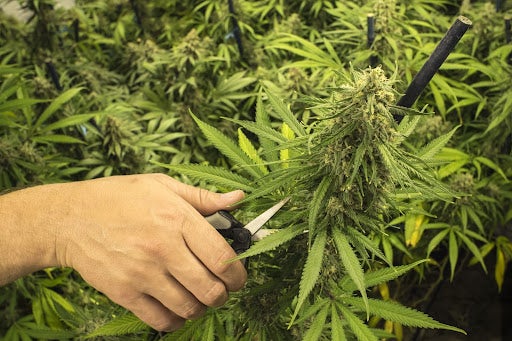