How to Make Cannabutter: Step-By-Step Instructions 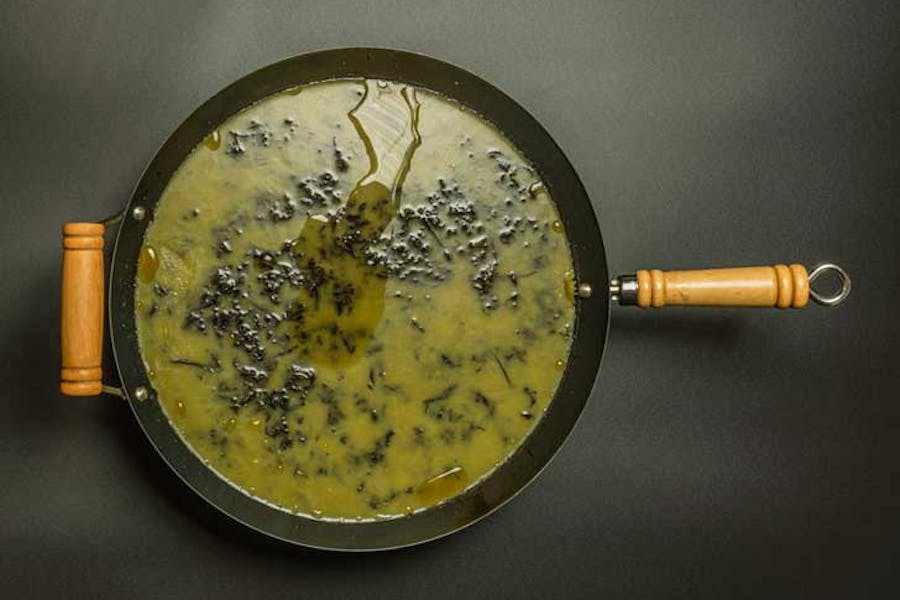 A perfectly-rolled joint is splendid, but cannabis edibles can be truly divine. Making your own cannabis butter (“cannabutter”) is a perfect way to always be able to whip up a quick batch of edibles, or just dip a spoonful in your tea when it’s time to hit the couch and coast away. Many patients also prefer edibles over smoking.

Cannabutter is perfect when you get a sudden craving for some cannabis cookies — requiring nothing more than just popping open the container and spooning out what you need. It is also perfect for making what is arguably the most iconic edible of all — the “pot brownie.”

All it takes is just adding cannabutter or oil to the brownie recipe of your choosing, but you can also make marijuana cupcakes, a birthday cake to remember (or forget, at least in the short term), a magical pan of perfectly seasoned cannabis spaghetti sauce, or even lobster bisque.

You can also just use cannabutter on its own, stirred into a cup of coffee or tea, or plopped onto a hot stack of pancakes.

Recipe: How to make cannabis butter

Making cannabutter is easy, and you should be able to churn out your first batch in no time.

(For this method, in addition to the ingredients listed above, you will need a crock pot.)

You now have infused butter you can use for many recipes!

(For this method, in addition to the ingredients listed above, you will need 1 cup of water and a saucepan.)

To make cannabis butter in a saucepan, simmer 1 cup of water and 1 cup of butter until the butter melts. As the mixture simmers, add in the decarboxylated cannabis and stir well. Keep at a low heat and let simmer for 2-3 hours, stirring occasionally, keeping the heat around 160-180°F (70-80°C), making sure not to let it come to a boil.

After 2-3 hours, take the pan off the heat and after it cools down, strain it through the cheesecloth into a container.

You can also make it in a crockpot or infuser. Just set the temperature to around 160-180°F (70-80°C), add in the cup of butter and half ounce of decarboxylated cannabis, stir it and cover the crockpot. Let simmer for about three hours, stirring occasionally.

After the butter has cooled, strain through a cheesecloth into the container.

How much cannabis should I use for cannabutter?

How much cannabis you should use for your cannabutter depends on how strong you want it to be. For your first batch, you may want to consider starting with a more modest amount. Once it’s ready, try a very small amount — on a cracker or stirred into some tea — and wait a couple of hours and see what you think. Don’t get impatient, as edibles can take up to two hours to kick in.

If you’re using ½ ounce of cannabis that is 14% THC using the above recipe, each teaspoon of butter will contain roughly 40mg of THC.

If you’re using ¼ ounce of cannabis that is 14% THC using the above recipe, each teaspoon of butter will contain roughly 20mg of THC.

You can also use an online edible dosing calculator to estimate the strength of your butter.

The first mistake people make when making cannabutter is to skip the decarboxylation step. This means you’ll end up making a weaker batch that won’t work nearly as well, and won’t absorb into the butter as well either.

You also probably want to avoid using your top-shelf flower. Because the long cooking/infusion process absorbs so much of the flower’s THC and a rich assortment of cannabinoids, terpenes, and flavonoids, you can make a great cannabutter even with marijuana that you probably wouldn’t write home about. You can even get by supplementing the bud with shake and already vaped marijuana flower.

Since you’re cooking butter on the stove for hours on end — pay attention. Make sure to stir occasionally and keep a watchful eye on the pot so it doesn’t burn.
And, as with all edibles, start low and go slow. You can always eat more if it’s not strong enough. If you do take too much, here are some tips for what to do if you get too high.

Why does marijuana need a fat?

The cannabinoids in cannabis — including THC and CBD — are fat-soluble and must be eaten with fat in order to be broken down by the body. When making a batch of cannabutter, the butter soaks up the THC and other cannabinoids, as well as terpenes and flavonoids, creating a powerful butter infusion.

One thing you don’t want to forget — but you wouldn’t be the first person to do so — is to decarboxylate your cannabis.

Decarboxylation refers to a process that activates compounds in cannabis — most notably, THC, which is transformed during decarboxylation from the non-psychotropic THCA to THC, which creates the high that marijuana is known for.

The easiest way is to decarboxylate is to heat the cannabis, typically in an oven set to around 220-245°F (105-120°C) degrees fahrenheit for about 30-45 minutes, paying careful attention that the oven isn’t too hot.

➤ Step-by-step instructions: How to decarboxylate cannabis