Concrete steps for diversity, inclusion in the cannabis industry 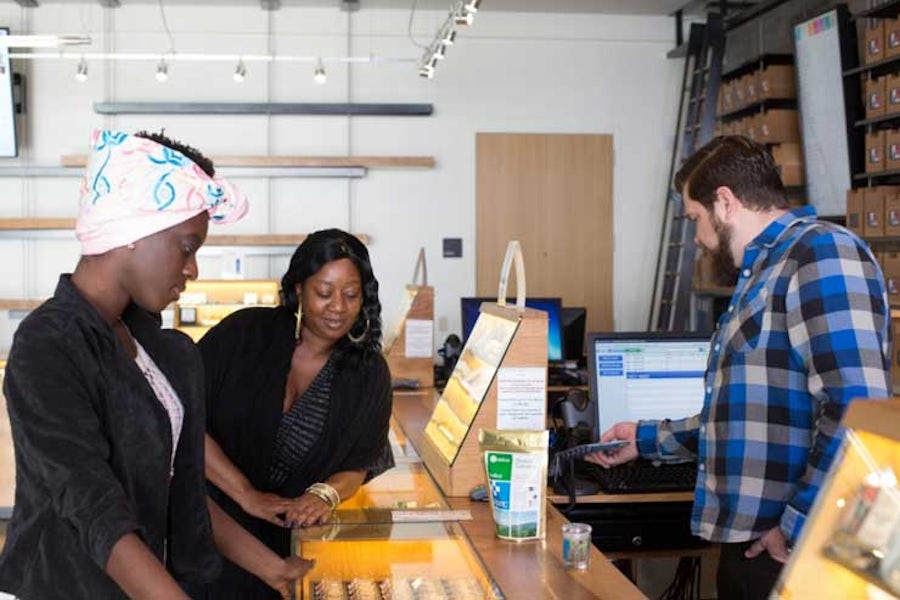 There is a sweeping array of steps that cannabis companies need to take in order to be more inclusive and reflect a more diverse cross-section of the American population, including hiring practices, training and support for people impacted by the war on drugs, and the use of imagery that depicts a less exclusive and more diverse face of cannabis, according to an open letter published late last week.

Players in the cannabis industry must “hold ourselves accountable to ensure a diverse and inclusive industry as well as to be in active solidarity with communities harmed by the drug war as a means to end it and to reverse its impacts,” reads the open letter, entitled “Accountability,” published by the organization Cannaclusive.

The organization lists a series of concrete steps to increase diversity and inclusion, including dedicating shelf space to products created by people from minority communities, helping people transition from the non-legal cannabis market (what Cannaclusive refers to as “the legacy market”) to the legal cannabis industry, providing support to organizations looking to end inequality, amplifying marginalized voices, and supporting government programs that will end the drug war and reverse its impacts.

The group also published an “accountability list,” a spreadsheet of more than 250 cannabis companies that lists how many of their employees are Black, as well as the amount and types of support they’ve given to fighting for racial and social justice — from symbolic gestures to fundraising campaigns.

The lack of diversity is important, explained Kassia Graham, Cannaclusive’s director of national projects and social media, because “cannabis is a burgeoning industry and it’s also one that is thriving because of what Black and Latina people endured because of the war on drugs.”

“The people who are profiting from it are not the ones who were ensnared in the war on drugs,” she said. “It’s middle management folks, hedge fund people, people in the wellness industry who have left those industries to come work in cannabis.”

The idea for Cannaclusive came about, Graham added, “when [the founders] were going to cannabis events in Los Angeles they were finding out there weren’t many people at all who looked like them, and little to no representation of people of color or women of color.”

Cannaclusive uses what it describes as curated experiences, insights, content, and visuals to, in its words, “make it easier for brands to communicate with diverse audiences and ensure that minority consumers are not an afterthought, but a valued ally in the fight for legalization and destigmatization.”

A big part of what the organization does is supply stock photos to cannabis companies that show a much more diverse assortment of people enjoying cannabis. As Graham put it, the imagery that is currently the norm in the cannabis industry “is pretty whitewashed and it kinda gives the air of exclusivity to a certain degree.”

Restorative justice for communities harmed by the war on drugs

Asked what it would mean for cannabis companies to be more inclusive, Graham says it means “making sure that communities that were most affected by the war on drugs get restorative justice, making sure they have enough money set aside for education, for reintroducing the formerly incarcerated into their communities, making sure those people also have the opportunity to build something in cannabis, and expunging records.”

The hurdles for minority involvement in the cannabis industry are extensive. That companies need a large amount of cash up front to start businesses in an industry that does not have access to credit, favors those with easy access to capital. Oftentimes, people who live in public housing are restricted from using cannabis or working in the industry because the housing is provided by the federal government, and cannabis is still illegal on the federal level. And those with criminal convictions, even those related to cannabis, are often excluded by a patchwork of laws and regulations, from participating in any meaningful way in the industry.

Graham added that within Black communities there is still skepticism towards the cannabis industry, largely because people have been told for so long that if they get mixed up with cannabis they’ll end up in jail. The result is something of a generational divide between young African Americans and their parents and grandparents.

The African American community has been subjected to generations of misinformation surrounding cannabis and “a lot of the things that we’ve learned about this plant have all been rooted in lies and stigma and propaganda from white men,” said Mary Pryor, one of Cannaclusive’s co-founders.

The open letter was published by Cannaclusive amid ongoing protests across the United States against police brutality and racism. These protests have among other things inspired many people to look at the criminal justice system and the war on drugs, including the enforcement of cannabis laws, which still disproportionately ensnare Black and Hispanic people, even in states where cannabis has been decriminalized or legalized.

Asked if she thinks the protests could help the cause of diversity in the cannabis industry, Pryor said, “these social actions are needed to bring awareness to the fact that our lives aren’t being taken seriously — and not just in terms of police brutality.”

Previous Article Legendary cannabis advocate Lester Grinspoon passes away at age 92 Next Article Ashley Manta: cannabis and sex is more than getting stoned and boning
The Cannigma uses cookies to improve your experience and to show you personalized adsACCEPTPrivacy Policy
Manage consent