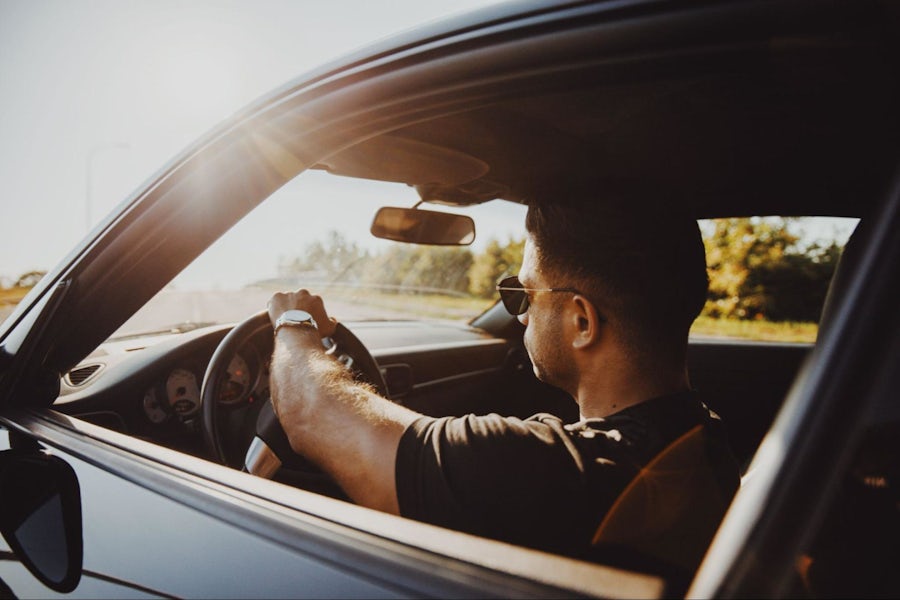 If you feel like you’re too high to drive, you are (Photo by serjan midili on Unsplash)

Cannabis legalization across the world brings with it new concerns. Gone are the days when you had to worry about what was in your dime bag of mystery weed, and arrived are the days when state and federal governments are trying to figure out how to test drivers for being high.

Many a stoner has taken a puff and gotten behind the wheel – so what’s the deal with driving high? Can you drive after consuming cannabis? Is it dangerous, or as dangerous as driving drunk? Should you be concerned about a wave of stoned drivers taking over the roads on a highway near you?

Driving while high is hard to define, because being high is subjective. Getting high depends on a variety of personal factors including your weight, sex, cannabis tolerance, endocannabinoid system, the potency of the cannabis, the consumption method, and even how much (and what) you’ve eaten that day.

As cannabis has been legalized in many US states, there’s a push from law enforcement and politicians to treat stoned driving like drunk driving – even though the body metabolizes the two substances very differently.

Cannabinoids like THC are fat-soluble and can be stored in the body for days even after a single consumption. Because of this, there is no good test to determine whether or not someone is currently high, only whether they have consumed recently. While law enforcement can breathalyze people to get a real-time measurement of their blood alcohol level, cannabinoids can be found in the bloodstream for days or even weeks after the intoxicating effects have passed. 1

Impairment behind the wheel is often measured by blood alcohol content (BAC), but it goes beyond that. Law enforcement also looks for signs of impairment like swerving, braking and acceleration patterns, and your ability to focus, some of which have been shown to be affected by cannabis. 2

Since officers don’t often implement field tests for cannabis intoxication, discerning if the driver is impaired is mostly subjective. While this presents a problem for cannabis consumers who may find themselves accused of being high when they’re not, it presents a bigger challenge for law enforcement who must shoulder the burden of proof to back a DWI charge.

The science on driving while high

Is driving stoned as dangerous as drunk driving? No. But drunk driving is exceptionally dangerous, and a high bar against which to measure the intoxication of other substances. So the right question to ask is, exactly how dangerous is driving while high?

The short answer is that we don’t know yet. This is an obvious area of interest for researchers, but there haven’t been enough clinical trials with enough variation in the types of cannabis consumed and various consumption methods to reach a concrete conclusion. And the studies that do exist have produced some contradictory results.

A 2021 study found that cannabis’ effect on drivers was strain-specific, noting “drug effects that produce more stimulation results in less impact on driving, while those that produce a more stoned or high feeling results in a greater negative effect on driving.” However, this study only looked at results from 10 participants using a driving simulator with 7% THC. 3

A study published in 2022 out of UC San Diego tested 191 cannabis smokers on a driving simulator. The researchers found that even after consumption, less than 50% of the participants qualified as impaired and it took roughly four hours post-smoking for the driving tests to match the sober results.

Scientists also noted that many participants were hesitant to drive immediately after consuming, but were willing to drive after 90 minutes, despite little performance improvement. They concluded that “one cannot infer impairment based on the product THC content or blood concentrations.” In simple terms, THC concentration isn’t an indicator of impairment, and cannabis consumers might not realize how much they are truly affected. 4

A 2009 review of research on the effects of cannabis versus alcohol on driving made several important points:

The researchers concluded that while “unanimity exists that alcohol use increases crash risk… epidemiological studies have been inconclusive regarding whether cannabis use causes an increased risk of accidents.” 5

One thing that can’t be overstressed is the individual factor. How much cannabis impacts your specific driving depends on a variety of personal factors. How high you think you are also has an impact on how much it affects you, as noted in several studies.

Another recurring theme in the studies is that many cannabis consumers will overestimate their impairment and employ coping strategies, like driving slower and providing a greater following distance to compensate. But what seems to have the most impact is how long you wait to get behind the wheel after consuming.

How can law enforcement tell if you’re high?

There are tests in the field capable of determining if you have THC or THC metabolites  in your system – but this is different from determining if you’re currently high. Law enforcement may use physical tells, like red eyes or slurred speech to gauge if someone is under the influence of cannabis. They may also administer field sobriety tests, like coordination or mental tests. However, ultimately the call is subjective and comes down to the discretion of each officer.

If you’re found to have cannabis in your system while you’re behind the wheel, you could face a DUI (driving under the influence) or a DWI (driving while intoxicated) charge. A DWI is typically considered the more severe charge, but the difference between the two is location-dependent.

Legal limits for driving while high in the USA, Canada, and Europe

In the US, charges are determined by the state. Since cannabis isn’t federally legal, there is no federal guidance, and each state determines its own THC blood level limits and charges. Some states have “zero-tolerance” laws where the presence of cannabis at any level (or any other drug) is enough to warrant a DUI.

In Canada, the charge is determined by THC blood limits. People behind the wheel with 2 – 5 nanograms of THC per milliliter of blood (ng/mL) can face a fine, while people with over 5 ng/mL THC in their blood may face a fine or jail time. For reference, the cutoff for blood alcohol content in Canada is 0.08% aka 800 ng/mL of blood

In Europe, THC blood level limits and charges vary by country. Some have specific THC limits while others have not set regulations yet.

Difference between driving high versus drunk

While the dangers of driving while high are still under investigation, the dangers of driving while cross-faded are not. The worst-case scenario for getting behind the wheel of a car is after combining cannabis and alcohol. While cannabis has some impairing effects, they are far milder than alcohol. High drivers tend to be more risk-averse than drunk drivers, who are more willing to take risks.

The 2009 review noted that while cannabis users can have an awareness of their impairment and compensate for that, combining with alcohol removes this ability. “Marijuana and alcohol, when used together, have additive or even multiplicative effects on impairment… and results in impairment even at doses which would be insignificant were they of either drug alone.” 6

Bottom line on cannabis and driving

Driving high can be dangerous, though exact levels of impairment are subjective and tricky to measure. Gauging your ability to drive safely is up to each cannabis user to determine, and at this time there are very limited tools available to help measuring weed-induced impairment. Regardless, don’t get behind the wheel of a vehicle immediately after smoking a joint or a bong. And remember, if you feel like you’re too high to drive, you are. Even if you think you feel fine to drive, wait a bit longer. 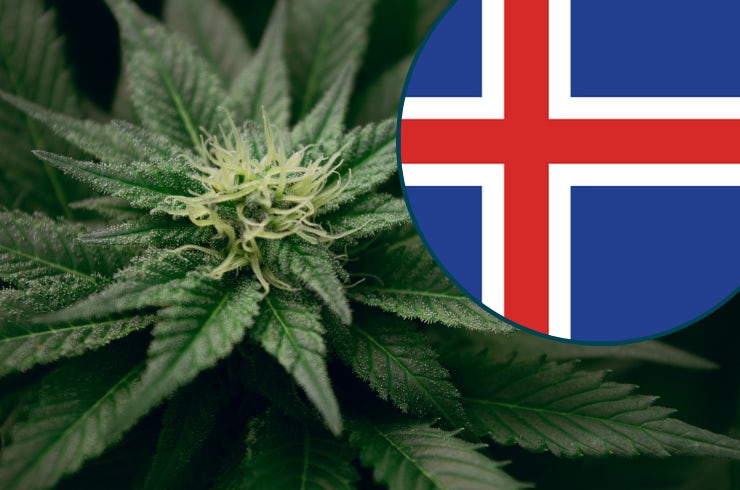 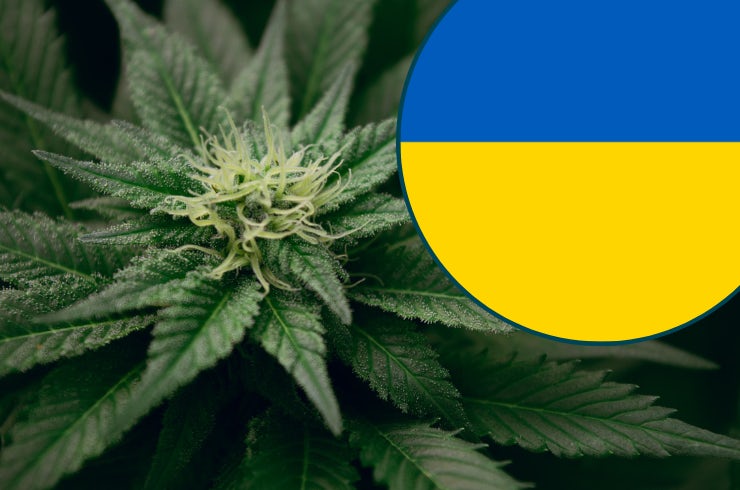 Is weed legal in Ukraine? 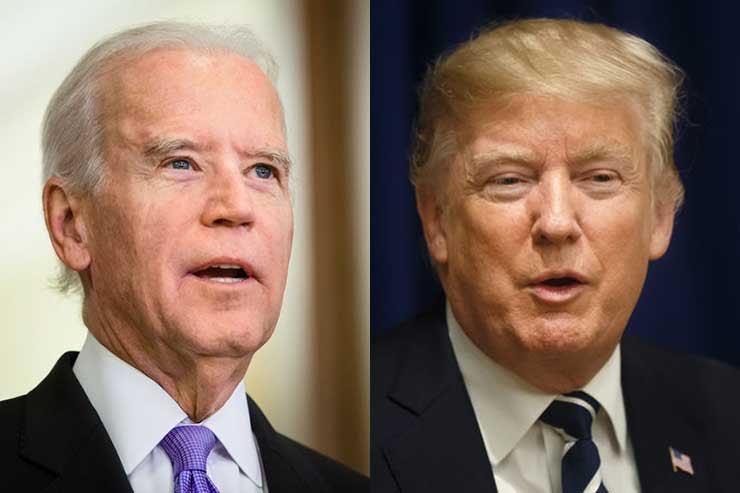 Previous Article Should I tell my doctor I smoke cannabis? Next Article Best strains and terpenes for period pain
The Cannigma uses cookies to improve your experience and to show you personalized adsACCEPTPrivacy Policy
Manage consent