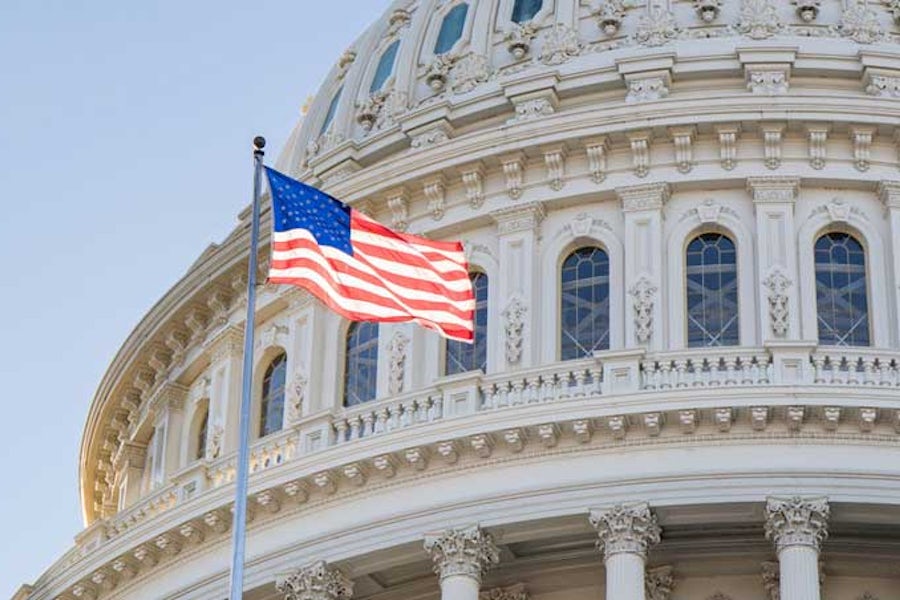 The US Capitol Building (Becky Wright/123rf)

The federal legalization of cannabis is closer than ever as the U.S. House of Representatives is preparing to review a bill that would remove it from the federally scheduled substances. The legislation would leave it to states to determine the status of marijuana.

The bill is likely to be approved in the House but it would still need to make it past the Republican-controlled Senate to become law.

Introduced in 2019 by Representative Jerry Nadler (D-NY), the MORE act would remove marijuana from the list of scheduled substances under the Controlled Substances Act and would eliminate criminal penalties for people who manufacture, distribute, or possess marijuana. It would also establish a process to expunge convictions for federal cannabis offenses and conduct sentence review hearings for federal cannabis convictions.

On the social level, the bill would also establish a trust fund to support programs and services for individuals and communities adversely affected by the drug war, and would impose a 5% tax on cannabis products with the revenue being deposited into the fund. It would also prohibit the denial of federal benefits to people based on past cannabis-related conduct or convictions, and would mean that people who use cannabis or have a cannabis conviction could not be denied benefits or protections under immigation laws.

Perhaps most importantly for the cannabis industry, it would make Small Business Administration loans and services available to cannabis-related businesses or service providers.

“A floor vote on the bill would be the greatest federal cannabis reform accomplishment in over 50 years,” Randal Meyer of the Global Alliance for Cannabis Commerce was quoted as saying upon news of the email.

In July, Massachusetts Senator Ed Markey said that if the Democrats take the Senate following the general election in November, they will quickly take steps to legalize cannabis on the federal level.

“We’ll move very quickly in January to change these laws to make sure there are national protections which are put in place, but unfortunately [President Donald] Trump controls the discretionary use of this personnel, and they’re kinda committed to keeping this crazy non scientifically based analysis of marijuana front and center,” Markey said at the time.

In addition, Democratic Presidential Candidate Joe Biden’s running mate, California Senator Kamala Harris, stated last week that a Biden administration will have a policy “that is going to be about decriminalizing marijuana.”

Harris is the main state sponsor of the MORE act.

Biden, for his part, has unveiled a social justice plan that includes decriminalization of cannabis, an end to incarceration for drug use, and the expungement of all criminal records for prior cannabis convictions, in addition to a number of initiatives to right the social harm caused by the drug war, in particular in minority communities.

In addition, a draft version of the DNC’s policy platform released in July includes decriminalization of marijuana, full legalization of medical marijuana, and a provision to allow states to determine their own policies regarding recreational use.

“Democrats will decriminalize marijuana use and reschedule it through executive action on the federal level. We will support legalization of medical marijuana, and believe states should be able to make their own decisions about recreational use. The Justice Department should not launch federal prosecutions of conduct that are legal at the state level.”