How indoor cannabis could change the way we grow food 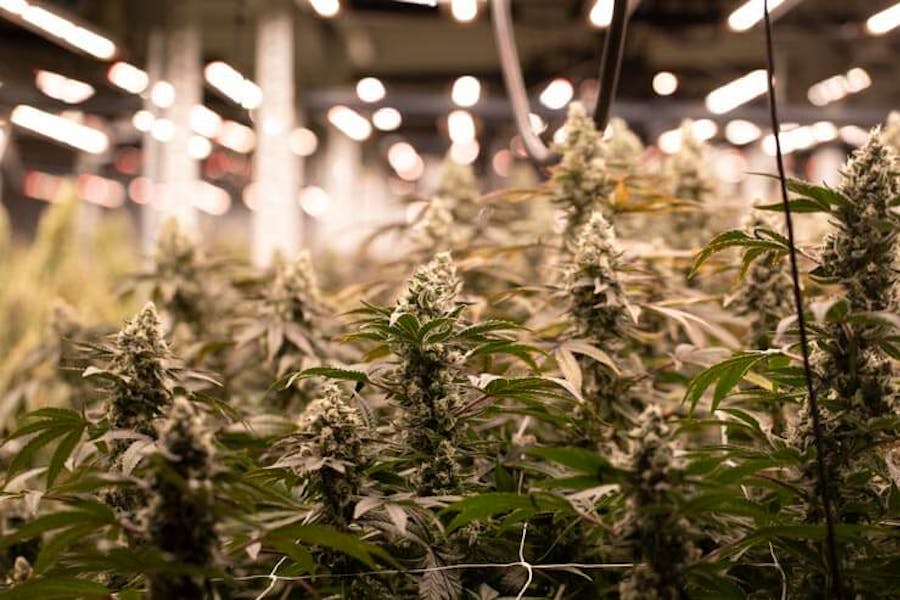 "Indoor cultivation obviously has a higher carbon footprint and likely a higher operating cost than outdoor cultivation of certain crops, but there’s also myriad other benefits that can be monetized to add value to the industry while reducing costs and waste." (The Cannigma/Anthony Travagliante)

Cannabis legalization is expanding at a rapid clip into states not usually associated with large scale marijuana cultivation. This includes Midwestern states like Michigan and Illinois that don’t benefit from year-round sunshine like California, for decades the cannabis cultivation powerhouse of the United States.

Even in the months when the climate is more mild, outdoor growing is usually not an option in these states. And because cannabis is still illegal on the federal level, producers and retailers can’t import it from states like California or Oregon. The results is indoor growing on a massive scale, which can take a serious toll on the environment.

The cultivation challenges facing producers in places like the Midwest will have a big impact on how the legal cannabis industry looks in these states in the years to come.

Getting it right from an energy and environmental perspective requires serious thought and planning, says Molly Graham, programs director for the Midwest Energy Efficiency Alliance.

“If energy efficiency isn’t considered at the outset of designing any indoor agricultural facility, a lot of energy will be wasted,” she told The Cannigma in an interview.

That planning in the world of cannabis and the innovation it leads to, explained Graham, who has written extensively on the subject of cannabis cultivation in colder climates, could help the broader world of agriculture move more crops indoors — to the benefit of consumers, the environment, and local economies.

The following interview has been edited for length and clarity.

Which issues involving energy and indoor cannabis cultivation are unique or more severe in the Midwest, as opposed to regions like the Pacific Northwest or the West Coast? Is it mainly a difference in the climate?

The climate is certainly the biggest differentiator between the Midwest and the Western US. Growing cannabis outdoors year-round isn’t an option here. Even if cultivators choose to grow outdoors in the moderate months, this would likely not be sufficient to meet customer demand for cannabis.

Some states or individual municipalities also have restrictions on outdoor or greenhouse cultivation because cannabis is considered to be a nuisance (due to the smell) and also has strict security requirements.

All of these factors essentially push cultivation indoors.

What does that mean from an energy perspective?

Although the Midwest climate is much colder than the West Coast, cultivation facilities will still be largely cooling-dominated. The plant transpiration process and equipment used to condition and light the space all output a lot of heat, even in the winter.

Supplemental heat will still be required in processing rooms or in grow rooms when the lights are off, which is expected to require a larger heating load than typically seen in more moderate climates.

There still isn’t enough energy use data available from Midwest cultivation facilities to help determine average load profiles. Until we can build a robust dataset, we won’t be able to compare the differences between cultivation energy use in the Midwest versus other areas of the country.

As legalization spreads in Midwestern states does this create a more pressing situation with energy conservation and cannabis?

There are several states in the Midwest that have medical markets where energy considerations are also important. Medicinal markets just aren’t cultivating cannabis at the same scale seen in recreational markets, but the energy concerns are still valid.

Since cannabis is illegal at the federal level, the plants must be grown within the state they are to be sold and consumed. This means that each state will need to understand how this newly legalized market will increase energy loads and curtail progress towards local energy efficiency targets or climate goals. Typically, these states are all starting from scratch.

If energy efficiency isn’t considered at the outset of designing any indoor agricultural facility, a lot of energy will be wasted. Since cannabis is one of the more energy-intensive crops, it’s even more important for facilities cultivating cannabis to consider energy efficiency and other clean energy options like onsite renewable generation.

In a recent article, you wrote that indoor cannabis cultivation can create a situation where food is grown closer to where it is consumed. How could cannabis be a driver for this transition?

The increased use of indoor cultivation to grow cannabis is going to unlock a lot of doors for other crops to be grown indoors. It will likely only be profitable for high-value crops at first, but hopefully the costs to build and operate one of these facilities comes down as the market transforms. Cannabis can be seen as a beachhead market, where new technologies and cultivation strategies can be implemented and perfected.

Indoor cultivation obviously has a higher carbon footprint and likely a higher operating cost than outdoor cultivation of certain crops, but there’s also myriad other benefits that can be monetized to add value to the industry while reducing costs and waste. Crops produced closer to the point of consumption can increase produce shelf life while also decreasing food waste, decrease transportation costs and fuel, decrease land usage, increase access to produce year-round and increase access in food deserts, decrease water use and nutrient runoff into waterways, decrease pesticide and herbicide usage and make it easier to meet organic standards.

I don’t think that we should be moving production of every crop indoors, but cannabis is certainly helping to make the value proposition clearer. Also, our current agricultural practices aren’t sustainable from both an environmental and a business perspective. Farmers are increasingly facing hardships and devastating debt levels; moving cultivation indoors certainly seems like a viable option to mitigate some risks.

The cannabis industry tends to be pretty risk averse. Their crop has an incredibly high value, so proposing to change any variables within the growing methodology needs to be proven to work with cannabis specifically before cultivators will be willing to try something new.

How to Got soggy cannabis? 5 ways to dry your wet weed
Previous Article Cannabis laws in Germany: Is weed legal? Next Article Cannabis Rice Krispies edibles recipe
The Cannigma uses cookies to improve your experience and to show you personalized adsACCEPTPrivacy Policy
Manage consent