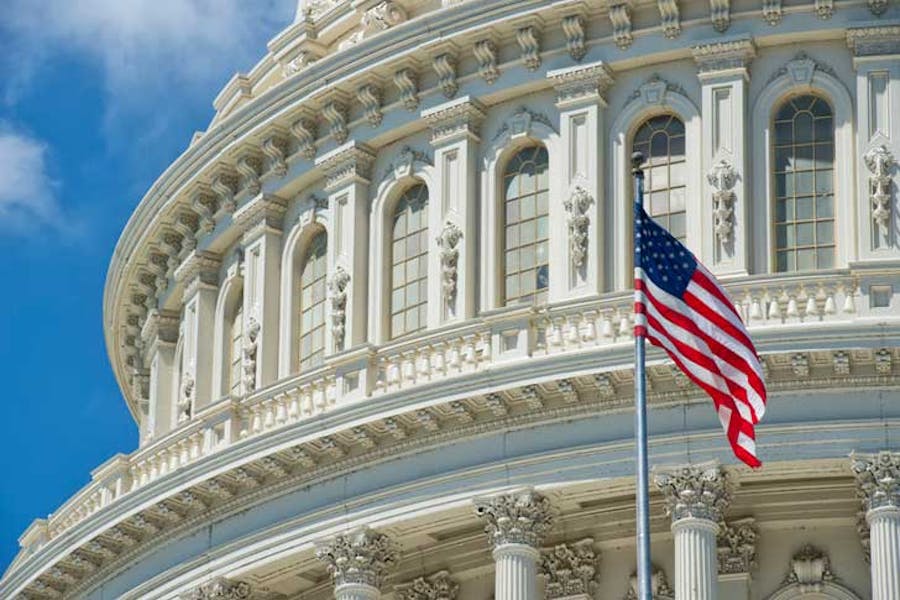 Georgia was on just about everybody in America’s mind on Tuesday night, when the Peach State voted in a special senate runoff election that saw both of the state’s senate seats flip, handing Democrats control of the Senate, House of Representatives, and the White House. But as Georgia goes blue, how optimistic should cannabis legalization supporters be?

By Wednesday morning, the election had been called by many outlets in both Senate races, with Jon Ossoff and Raphael Warnock the presumptive new senators from Georgia.

In December, the Democrat-controlled House of Representatives passed the Marijuana Opportunity Reinvestment Expungement (MORE) act, which would remove cannabis from the list of scheduled substances under the Controlled Substances Act, end criminal penalties for people who manufacture, distribute, or process marijuana, and set up a framework for expunging federal cannabis convictions.

The act must still gain approval by the US Senate in order to become law, something that could potentially be more likely with Democrats now in control of the senate. The two new senators have also made their views on marijuana prohibition clear in recent months.

Warnock, the new Democratic senator from Georgia and the pastor of the church associated with Martin Luther King Jr., famously stated in a sermon that “it’s a terrible irony and we feel it, that right now in America there are some folks who are becoming billionaires for selling the same stuff that’s got our children locked up all across America.”

As for Ossoff, in a tweet in June, he stated that “some get rich in the legal cannabis industry while others sit in prison for nonviolent cannabis offenses. Prohibition destroys lives, wastes resources, and enriches cartels. Federal legalization is long overdue.”

So does Democratic control of both houses of Congress mean legalization is around the corner? Most analysts and advocates with whom The Cannigma spoke were optimistic that progress is very likely but all felt legalization — and perhaps even significant reform — is probably still a ways off.

“Dual Democratic victories in Georgia definitely increases the likelihood of hearings and potentially even votes on cannabis policy reform legislation, both incremental and comprehensive,” Morgan Fox, media relations director for the National Cannabis Industry Association told The Cannigma. However, with only a slim majority, there is no guarantee any bills will be passed — but it is certainly possible.

Last September, then Senate Minority Leader Chuck Schumer said in an interview with Leafly that if the Democrats take control of the Senate they will decriminalize cannabis.

“It’s like night and day, the difference between the two parties on the issue of marijuana,” Schumer said, adding that under the Marijuana Freedom and Opportunity Act, which he sponsored, “we decriminalize it, we reschedule it, and we incentivize and invest in states and local governments to create expungement programs.”

Schumer also vowed that “my commitment is that if I am leader, I am going to do everything I can to put the Marijuana Freedom and Opportunity Act on the floor of the Senate. The odds are very high it will pass.”

While it falls well short of federal legalization, Vice President-Elect Kamala Harris vowed during the campaign that a Biden-Harris administration “will decriminalize marijuana and we will expunge the records of those who have been convicted of marijuana.”

Prior to the election, Biden’s campaign released a social justice plan that included decriminalization of cannabis, expungement of criminal records for cannabis offenses, and an end to incarceration for drug use, among other measures.

The plan bears many similarities to a draft version of the Democratic party platform that the Democratic National Committee released in July, which called for full legalization of medical marijuana and allowing states to set their own regulations on recreational use.

A long road ahead

Even though public support for cannabis legalization is higher than ever, Sherer noted that because cannabis isn’t a wedge issue in American politics, it’s unlikely to force the hands of weary politicians in either direction.

Movement on medical marijuana may be a bit easier.

Americans for Safe Access Interim Policy Director Dustin McDonald told The Cannigma on Wednesday that the organization “fully expects bicameral consideration of medical cannabis research legislation during the new session of Congress that starts this month. With millions of patients anxiously awaiting federal action on cannabis, removing the roadblocks to research and organizing a coordinated federal, academic and private approach is the right place to start.”

Ultimately, when Joe Biden takes office later this month, his attention and that of both houses of Congress is most likely to be placed firmly on fighting the COVID-19 pandemic and repairing the economic damage it has rendered.

Nonetheless, if tweets and sermons are any indication, there are at least two more members of the US Senate who support the cause of federal cannabis reform.