Cannabis and chemo: A personal story 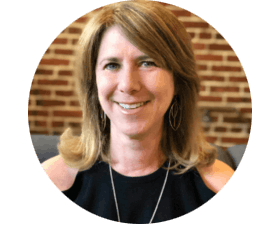 When I smoked pot, I felt really good. My nausea went away, my appetite came back and I ate because I wasn't really eating. So, I knew that it was effective. Shari Berman

Shari Berman was young when she was diagnosed with Hodgkin’s lymphoma. At 25, she began an ordeal that would span nearly a decade and two cancer diagnoses. She spoke about how cannabis helped play its part in her recovery, compares it to other cancer medications, and what she would have done differently.

As she packed for a flight out of the country, Berman recalled the differences between the illicit Massachusetts cannabis market she bought medicine from years ago, and the legal adult-use market there is today.

Despite the expanded access, Berman, the former senior advisor for the Dana-Farber Cancer Institute, feels that patients still don’t have enough information about how to best use cannabis for their condition. Today she is the co-chair of the Patient Experience Policy Forum for the Beryl Institute, and her blog, Best Life After Cancer, details such predicaments while also offering a glimpse into what life has in store after two bouts of cancer.

When were you first diagnosed with cancer?

“I was diagnosed with Hodgkin’s lymphoma in 1989 when I had just turned 25. I had just returned from my honeymoon. It was kind of a shock because I was really young.”

How did doctors treat you?

“When I had Hodgkin’s, they were just starting to cure people because 20 years before that, they were not treating people with success. One of the things that they had said to me was, ‘we’re going for a cure, and the way that we do it is we hit you with everything we have.’ So, I had pretty intense chemotherapy for six months, then five weeks of mantle radiation, which they kind of radiate almost every single organ from your abdomen and above.”

When were you diagnosed with cancer the second time?

“I was doing really well but eight years after that I found a lump under my arm. It turned out to be breast cancer. I was told that most likely it was caused by the radiation that I had for the Hodgkin’s treatment. They found that one in three young women who had Hodgkin’s [who] were treated with radiation were developing breast cancer down the road.”

How was your cancer addressed by doctors the second time?

“My treatment options were fairly limited because I had already had radiation. I really didn’t have a whole lot of choice. I had to have a mastectomy. I ended up having bilateral mastectomy and reconstruction. And then they were on the fence about whether or not to do chemotherapy. And they ended up doing six months of chemotherapy because of the pathology.

“Today, they treat things so differently because they have genetic tests and can better predict whether chemo will be effective. But at the time, because that was in the late 90s, they pretty much used chemotherapy. “

When did cannabis factor into your treatment?

“When I had Hodgkin’s. Even back then, people spoke about using marijuana to help with nausea. I asked my doctor and they said to me, ‘Oh, we have Marinol,’ which is a pill form of cannabis. It really doesn’t work that well, and they really dissuaded me from the whole thing.

“My entire left lung…at the time of diagnosis wasn’t even functioning. So smoking [cannabis] was really never even a thought, but I did ask them about it. So, I didn’t do anything that round.

“Then, when I had chemo the second time with breast cancer, they had a better anti-nausea drug and I tried them, but I still felt like I was going to jump out of my skin. So at that point, that’s when I thought, ‘I’m going to try smoking pot,’ which is what I did.”

How did it make you feel?

“I did it a couple of times. I probably should have done it more, honestly, because it was great.”

How did it affect you?

“Compared to the anti-nausea drugs they gave me, it was so much better because when I took those drugs I felt like I was going to jump out of my skin. You have this feeling—it’s this anxious feeling. It might keep you from vomiting, but you feel constantly nauseous. It’s like motion sickness. That’s what it feels like all the time.

“When I smoked pot, I felt really good. My nausea went away, my appetite came back and I ate because I wasn’t really eating. So, I knew that it was effective.”

How does your experience then compare to buying cannabis in legal dispensaries in Massachusetts today?

“I can’t even compare it. I never even thought twice about what strain of pot I was smoing back then. Nobody did. This was in the late 90s. No one thought about ‘what strain is this? How much THC?”

How does that experience make you feel?

“You get frustrated. You feel like you don’t even want to deal with it.”

Why do you think there is so much confusion?

“The cannabis market is moving so quickly and we haven’t caught up in terms of research and education. Overall, people are very confused and not sure what strains or methods to use. I do see a trend moving toward products that are labeled ‘sleep’ or ‘relax’ to make it easier for people. There are dispensaries for medical use and cannabis is also legal in Massachusetts. That said, here are only a few shops open at this point because the state is really dragging their feet on it. And the only places that are typically have been allowed to be open are current medical dispensaries that are now allowed to sell recreationally.

“The people that work in them, for the most part, are young kids that are in their twenties that love to smoke pot. So, they basically give you information based on their own personal experience.”

That confusion and your other experiences led you into patient advocacy, correct?

“I decided to get involved in some patient experience work as I was raising my kids because of my past experience with cancer. My mother had cancer and passed away as well. So, it was a way to take not such a good situation and use to help others.”

Today, after two bouts of cancer, Berman is living her best life with her family and inspiring others to do the same. While she herself did not use cannabis much during her treatments, the few experiences allowed her to understand the power it had for her, and may do the same for others.

To learn more about Shari Berman’s experiences with cancer, cannabis and the patient experience, visit her blog, Instagram and Twitter.

Previous Article Cannabis and Parkinson’s: A personal story Next Article Everything you need to know about Rick Simpson Oil
The Cannigma uses cookies to improve your experience and to show you personalized adsACCEPTPrivacy Policy
Manage consent