Cannabis and Parkinson’s: A personal story 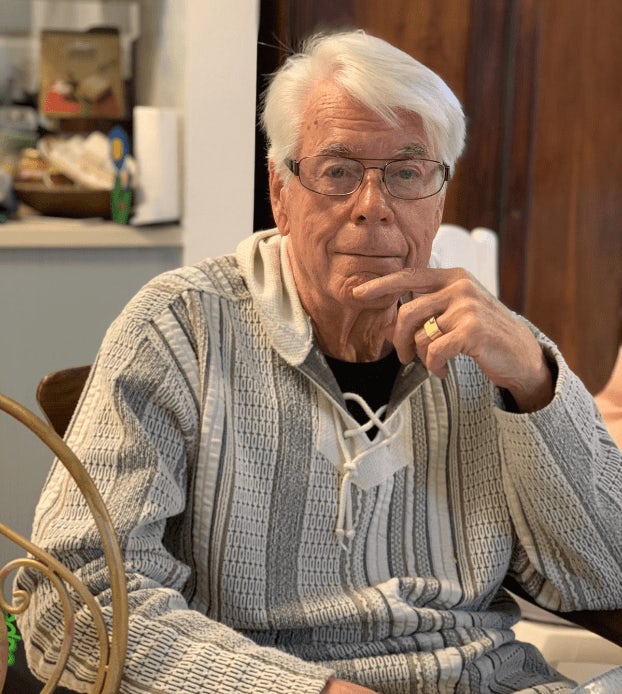 For me, the main benefit is that I can finally stand up without suffering from excruciating back pain. Without the pain, it is much easier for me to move around. Steve Wade

Nearly 20 years ago, Steve Wade was diagnosed with Parkinson’s. He and his wife share the story of how their life together continued, despite the difficulties, and how medical cannabis has helped.

From the balcony of his home in Netanya, Israel, Steve Wade, 72, can observe the Mediterranean Sea. Netanya’s promenade is quite beautiful, and every once in a while colorful parasails fly along on the horizon. Yet Steve has gone down to the beach only once, supported by his wife, Pamela, 70.

Forty years ago, when the couple lived in Johannesburg, South Africa, they used to go to Steve parents’ beachside villa twice a year. When he wasn’t on the beach, Steve used to play tennis and soccer. After moving to northern Israel, Steve worked as a security guard and gardener. It was then, he believes, that exposure to airborne chemicals caused him to contract Parkinson’s.

When were you first diagnosed with Parkinson’s?

Pamela: “I think it was about 18 years ago. We sat at the doctor’s office and Steve’s hand started shaking like crazy… the kibbutz soon fired him as he was unable to do any more maintenance tasks due to his back problems.”

Were you able to continue working?

Pamela: “I never stopped working. I have a full-time job in a non-profit organization for handicapped people, and Steve also kept on working. He was able to get more jobs. It was only four years ago when things got worse.”

Steve: “I used to drive three or four times a week, then I was denied my driving license. I also started suffering from dementia. I sometimes find it hard to complete my own sentences. Plus, I can’t do any more work around the house and because I fall all the time—it costs a lot of money in repairs.”

Who suggested cannabis as a treatment?

Pamela: “I have a friend named Kate, whose husband started using cannabis following a car accident.”

What did you think of medical cannabis back then?

Pamela: “I am all for it if it helps a person deal with the pain and I know that Steve suffers from pain. When my husband is asking for painkillers, I know that he must be really needing them. If the solution is there, why not use it?”

Steve: “I wasn’t for it at all. Where I’m from, cannabis as is known as ‘dagga’ (the Afrikaans word for Indian hemp used as narcotic). It’s something only addicts would use.”

What would you advise to someone in a similar situation?

Steve: “I visited the neurological ward in the hospital only once. I saw people there shaking, drooling at themselves. I thought this is where I am going to end if I’m not going to do something. So, if you ask me about cannabis, my answer depends. If it’s helpful and nothing else works, perhaps it’s worth giving a try.”

Did you notice any change in your condition or symptoms?

Steve: “I am consuming Telixir15 oil, two drops a day. For me, the main benefit is that I can finally stand up without suffering from excruciating back pain. Without the pain, it is much easier for me to move around.”

Pamela: “You know what it was like before? He wouldn’t stop shaking, even when sleeping. Now we can sleep through the night without Steve having a single seizure. Well, he still has to go to the bathroom every now and then and he can navigate there by himself. He doesn’t need to wake me up. He also used to dream all the time that he was falling. At the end of those dreams, he would always land on the floor. Now, he has no dreams at all. He only gets up when he needs to go to the bathroom.”

Did you notice any side effects?

Steve: “I am mostly nauseated, and also quite sleepy sometimes. But, you know, I have only started using medical cannabis recently. I think it should take you two or three months to make an opinion of medication once you start taking it, to make sure it absorbs in the bloodstream.”

Pamela: “A few years back, as I was traveling abroad with my daughter, I had a major panic attack. I just couldn’t help but worry about Steve and how he handles things when I’m not around. Anyway, several panic attacks later, I decided to pull myself together. I started taking some time alone to walk around the neighborhood and manage a social life. We host many dinner parties … and we have two lovely tiny puppies.”

As we spoke, the puppies were cuddling on Steve’s lap. He said they like doing so, especially when he’s shaking.

However, with or without cannabis, Pamela and Steve have to stay on top of Steve’s condition. He wears a bracelet that, once pressed, alerts emergency personnel to call the house or to Pamela. There was also one incident in which their daughter Tracy came by to help and in other cases, neighbors lent a hand.

What is your message to people with a similar condition?

Steve: “Know the bureaucracy in your country end to end.”

Pamela: “We were very lucky as [the national insurance in Israel] was always kind to us, never argued over money and supports us financially in moving forward with the treatment. The legalization of medical cannabis in Israel also enabled us to obtain the drug very easily, and we know that in many countries it’s not necessarily so.”

Previous Article Can you overdose on cannabis? Next Article Cannabis and chemo: A personal story
The Cannigma uses cookies to improve your experience and to show you personalized adsACCEPTPrivacy Policy
Manage consent