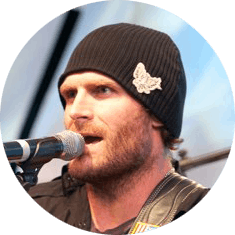 “There is the disease of CTE and I understand where it can go but I know what’s going on and cannabis is there for me.” Kyle Turley

There was a time just a few years ago, when you probably didn’t want to cut Kyle Turley off in traffic. In the years after his retirement in 2007, the former NFL offensive lineman dealt with depression, rage, suicidal thoughts, and a short fuse that made him a truly intimidating person – long after he stopped playing professional football.

All that changed six years ago, Turley says, when he moved to California and “dove head first” into the world of medicinal cannabis. Speaking from his car, stuck in what once would have been road rage-inducing southern California traffic, Turley describes the life of a changed man.

“I was constantly contemplating suicide because of the burden I was on my family, it’s been just a 180 degree shift,” he says.

Turley was a two-time All Pro and played for three NFL teams over a nine-year career. Offensive tackle is often a faceless, anonymous position, but Turley — with his long blonde hair, tattoos and wild-man antics — was anything but. And while Turkey became a household name with football fans, his career dealt a heavy blow to his health and his personal life.

His doctors believe he received dozens of concussions and thousands of sub-concussive head injuries over the course of his career. In a Vice video filmed in 2017, his wife Stacy Turley says that “rage would overtake him, to where he couldn’t handle situations,” and that she wouldn’t purchase lamps that cost more than $20 because at any minute they could be thrown against a wall in a fit of rage.

Turley also told Sports Illustrated in 2016, “I couldn’t be around a knife in the kitchen without having an urge to stab someone, including my wife and kids.”

After suffering a seizure at a bar on a night out with his wife, Turley was hospitalized and told by his doctors that he has symptoms that are consistent with Chronic Traumatic Encephalopathy. CTE is a neurodegenerative disease caused by repeated head injuries, suspected to be very prevalent in former football, hockey and players in other sports where head injury is common.

He and his wife decided in 2014 to move from Nashville (where he moved after retirement to try his hand in the music business) to California, where he was born and raised — and where medical and now recreational marijuana are legal.

“I dived in headfirst and didn’t look back,” Turley says of the world of legal cannabis in California. He began to learn about different strains and what worked for him, a process that took some trial and error before he hit his stride.

“It took me about the first year living back here and going to dispensaries and trying all these different strains that I finally started finding strains that were doing all types of great things for me,” Turley says.

Eventually he settled on his go-to strain — Jack Herrer. A sativa-dominant strain, Jack Herrer helps Turley get some clarity in his head, and he says also does wonders for his light sensitivity and ocular problems — a common symptom of CTE.  He also says that certain sativa strains can make him more energetic, and help him concentrate on a daytime game of golf.

Turley is also a big fan of XJ-13, a sativa dominant strain and he uses indicas at night to sleep. When he starts talking about terpenes and the aromas of different strains, you can hear the excitement in his voice.

Turley also champions the anti-inflammatory and pain killing effects he says gets from cannabis.

Turley’s marijuana regimen is “all day every day” and he says he wishes “it was like with cigarettes in the old days, when you could smoke anywhere.”

And while it was a far cry from his current regimen, Turley did get acquainted with marijuana as a much younger man, early in his playing career.

“Marijuana was introduced to me medicinally at about the age of 23. From then on I used it at night both as a great escape — which marijuana is — and also medicinally in that it helped me to sleep better, recover better. My best seasons were after I started using cannabis and my body was able to recover and my mind was able to heal in waves,” Turley says.

Turley says that not only has marijuana saved his life in retirement, it can be a godsend for athletes who are still on the field.

He adds that he thinks it’s only a matter of time until the world of sports sees the potential of cannabis, and once it does, there’s no turning back.

“The future of the athletic system lies in the endocannabinoid system,” he says. “This isn’t performance enhancing, it’s the human body and tapping into this potential.”

While cannabis has helped Turley tremendously, there is no cure for CTE, which can cause cognitive impairment, depression, and suicidal thoughts, and symptoms of dementia which are similar to those of Alzheimemer’s.

Turley is aware of this though, and says that with cannabis he at least doesn’t have to face it alone.

“There is the disease of CTE and I understand where it can go but I know what’s going on and cannabis is there for me.”