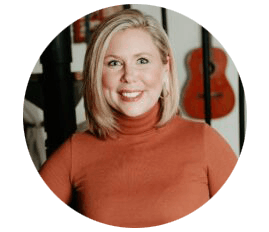 That combination with mindfulness, that seems like the trifecta of helping get PTSD, and it's reactive nature, under control. Jacqueline Lauren

Jacqueline Lauren was living in Philadelphia when a traumatic incident left her with PTSD. In an interview with The Cannigma, Jacqueline opens up about her battle with PTSD following this extended incident and how medical cannabis helped her to sleep better and heal from trauma.

Jacqueline Lauren, 37, is thriving in her career as a designer and living a mindful life in Westchester, Pennsylvania. But a few years ago things looked very different. While living in Philadelphia, a traumatic incident left her feeling unsafe in her own home. That’s when the PTSD symptoms began — anxiety, overwhelm, and a long series of sleepless nights. Even after moving, the symptoms were so bad that it was a challenge for Jacqueline to go back into the city.

Then Jacqueline discovered cannabis as a way to alleviate her PTSD symptoms and eventually heal from trauma.

Can you tell us a little bit about yourself and your PTSD?

After my traumatic incident in Philadelphia, I was having a hard time sleeping. I moved to the beach and I had some acquaintances out in Portland from a startup vaporizer company. I ended up being brought in there to do some graphic work and that became the first “in” into the cannabis industry. As I started educating myself, I was learning, “Hey, this might actually be really helpful for me and this problem that I’m having of not being able to sleep from the trauma that happened.”

I ended up having a lot of success in being able to sleep again and it transformed my life in a pretty powerful way. So that’s the short story.

Can you tell us a little bit about what PTSD was like for you? You mentioned lack of sleep — was that your main symptom?

Well, no, it was actually being able to go into the city again. I now live outside of the city, but just being in the city became like a trauma. From the traffic, to the sounds, and just the high amount of activity and people that were always around.

It was just a whole lot of overwhelm trying to go back into any type of urban environment — heart racing, anxiety happening. I would say it was a combination of anxiety, worry, fear, and not being able to sleep because my brain was just so active. It took a while to calm down.

I finally went to a doctor after the first year that I had been using cannabis a little. When I spoke to him, he said, “you actually should try using it more frequently.” Because I was only using it three times a week. He said, “no, you need to be using it every day.” And once I started listening to that, my life really started to change for the better.

What did you think about medical cannabis before you started using it?

I would say I was rather judgmental about it. I thought that it would maybe be a laziness-inducing kind of thing, but really it was just the opposite. More productivity, more creativity. I work as a designer, so it’s done nothing but help me — and in areas of my life that I wasn’t expecting.

I’ve been educating myself on my holistic health and energy for a long time. So I was very familiar with a lot of different mindfulness techniques. So anytime that I’ve ever used cannabis, I’ve always been combining it with meditation or something like that. So for me it’s been very, very useful for getting out of my head and into tuning into my body and the sensations in my body of overwhelm.

I think it would be very hard to tell you about just one experience because I think it’s been the consecutive use of it.

That combination of marijuana and mindfulness helped me get PTSD, and it’s reactive nature, under control. Basically I’m meditating and I’m honing in on a memory that I find triggering and then I’m sitting in the frequency of it and allowing that to process through my body in a way that I was not ever able to tap into before. And then the energy can just cycle itself out so that the trigger is almost not there anymore.

How has your life changed since you started using cannabis for your PTSD?

In addition to being able to sleep better and feel rested, I have greater increased creativity. I’ve been working on reprogramming subconscious beliefs and everything is better.

Are there any areas of your life in which cannabis can be problematic?

Not that I’ve encountered.

What would you recommend to someone who might be conflicted about using cannabis?

That if they go into it with intention, it can change the result of working with the medicine significantly. I feel like some level of education of mindfulness would be very, very helpful for people that have not worked with it before.

What would your message be to someone about to start using cannabis for PTSD?

Begin learning mindful techniques. Use those when you consume and start tuning into the energy in your body because all of that has messages in it. You can start to calm things down in practicing mindfulness with cannabis, much quicker than I was able to do just meditating alone. You start to become less and less reactive to being triggered to different things. And it’ll build on itself.

Start slow and small. Try other strains and methods because I tried a lot of different things before I found my preferred method. I am finding that as I try different strains, each one is doing something different. It’s having a slightly different effect each time on the body and mind.

What has been working for you?

When I first started I was using a tincture and that was helpful. I used very small (.25 of a dropper) amounts of iCan – Max Strength Tincture by Terrapin.

And then after six months I switched to dry flower. When flower became available in PA I started off using hybrid strains, eventually shifting to sativas & much further down the road indicas. Generally, I would only vape when I could focus my energy on things like a walking meditation or before bed when I was able to just lay still and process. There has been a shortage of flower in PA so the most available consistently strains that I’ve found effective are, Hash Haze, Dark Blue Dream, Long Peak Blue, and Space Monkey. One or two inhales from a vaporizer is plenty for me to go more inwards and relax.

What was different between the two?

I need to be able to function during the day. So I think just the strength of the intensity affected productivity level. Basically, now I’m microdosing and that has become preferred.

Do your friends and family support your cannabis use?

Yes. At the same time that all of this was happening to me, my mom was diagnosed with two different types of cancer and so I was able to take the knowledge that I had learned and pass it on to her during that time when she was going through treatment.

I got back from being out in Oregon. I probably spent a month out there, over the course of a year or two. And each time I came home I was telling my parents more and more. Because it was new information to me, it was something I had never talked to them about.

I went through a phase of feeling like I was outing myself. But I’m sitting in an office right now and earlier today I was talking about it with a coworker. It’s been very interesting to share, but I definitely had to get rid of some of the stigma around it in my own mind before I was comfortable doing that.

Previous Article Is marijuana addictive? Next Article Back pain & cannabis: A personal story
The Cannigma uses cookies to improve your experience and to show you personalized adsACCEPTPrivacy Policy
Manage consent