Back pain & cannabis: A personal story 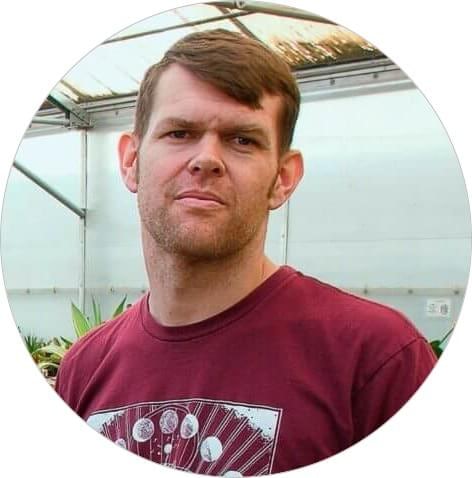 It’s a very painful experience, back surgery in general, and then the nerve pain. It’s just so hard to explain to people who haven’t had to go through it. David Heldreth Jr.

David Heldreth Jr., 35, lives an active life as the chief science officer of a popular terpene retailer in Seattle, Washington. His back pain is mostly manageable these days, but David wasn’t always as functional as he is now.

After a 2011 rock climbing accident left him in serious nerve pain, doctors put David on a cocktail of painkillers that didn’t ease his pain — but did leave him feeling uncomfortably high. The sciatic nerve pain created by a pinched nerve was so brutal it was almost completely debilitating, but one thing seemed to help — the medical cannabis he had been using for anxiety. That’s when David realized cannabis might be a solution that could actually help.

Can you tell us a little bit about yourself and your back pain?

I initially fell during rock climbing in Southern California, where I’m from originally. I was alone as well, which was double bad, and breaking all the rules. I had to hike myself out and initially didn’t realize how badly I was actually injured. But eventually I went to a doctor and they found out that I had an L5-S1 disc herniation. At the last surgeon’s appointment before my surgery, I got in a car accident coming home and was [air lifted to the hospital]. So that didn’t make it any better.

The surgery helped a lot, though, because I had sciatica really, really bad. The disc herniation was pinching my sciatic nerve and that was far worse pain than the general muscle pain in the back. It’s electrical, and painful in a way that doesn’t ever really stop, and opiates don’t help at all. Really.

So they give me Neurontin, a nerve painkiller. But it really messes you up. It messes up your dreams and a lot of things, and I’m just not a huge fan. I was on three neurontin a day, 6-12 Norco a day, Soma, three Klonopin a day, and generally 6-12 ibuprofen, and then assorted other things needed during that time period. And I was using cannabis a lot then too, because I had been a medical patient since 2003 in California.

It’s a very painful experience, back surgery in general, and then the nerve pain. It’s just so hard to explain to people who haven’t had to go through it. But sciatica, it’s almost debilitating. It’s hard to concentrate or do anything. I was working as a journalist at the time and I look back and I’m surprised that I produced content because I can’t remember it.

How did you get started using medical cannabis?

I was already using cannabis for knee and joint pain and anxiety. So, it was pretty easy for me to recognize the value of cannabis. The regular THC cannabis varieties helped more than any of the painkillers. But, in terms of having any idea of what the terpene profile was or getting CBD, none of that really was an option at that point.

But I was lucky enough that the family of the person I was dating at the time owned a collective and I was able to access a lot of cannabis flower, basically for free. And it allowed me to transition completely to cannabis and get off all my opiates within three months of the surgery. I knew how bad they were, but there was no way I could have done that without cannabis.

What I’ve found is that for the back spasms and nerve pain, cannabis was even more effective than it was for the knee and other issues. I think cannabis is pretty known for nerve pain but it’s just insane to me how well it worked. The nerve painkillers and opiates didn’t help at all.

I found that CBD with THC has been the most effective. Because occasionally I still get flare ups, where the back will tighten up and something will pinch my nerve. Cannabis is really helpful with being able to manage things. It’s been very effective for me, for pain.

What are the methods of using cannabis that work well for you?

Everything. I prefer flower myself to vape pens. I was lucky enough that shortly after my surgery I was able to work at a collective that tested with the Werkshop. I’m really glad that I was able to work with the Werkshop and Jeff Raber back then because I learned so much. I have a science background, so it was easy, but there wasn’t a ton available in terms of cannabis information. So, through that I learned a lot more about CBD, which helped a lot with back pain. Through that I’ve also found that terpenes have been more effective than the cannabinoids themselves in terms of topical use for me.

For me, topically a mixture of linalool, beta caryophyllene, and myrcene — those three are really effective just added to coconut oil. And then I find a little bit of limonene and pinene helps with the absorption. I like adding CBD and THC to that, but I think if I don’t have CBD and THC and I have these terpenes versus having CBD and THC alone, it works better than the CBD and THC.

What changes have you noticed in your condition or symptoms?

For me it’s more of the nerve pain. Whenever that gets pinched and I have that flare up, it’s almost debilitating, in terms of doing anything. And beta caryophyllene is really effective for that. The deeper I’ve gone into cannabis, the more I realized it really ties over synergistically with other plant medicine because, besides the cannabinoids, almost nothing in cannabis is only in cannabis. As much as I love cannabis, I find that using all of the plants synergistically has been very therapeutic.

Are there other aspects of your life where cannabis is helpful?

Oh, completely! I have PTSD and anxiety issues and then I’ve had knee surgery. And so those are effective reasons that I’ve used in the past. I find that it’s less harsh on my body than other painkillers, even ibuprofen. You end up starting to get really bad issues with your stomach bleeding and things when you take too much of those. So it’s something that you can use more often if you need to. And if you inhale it, it’s short acting, so unlike the opiates, you’re not high for a day. And then there’s the whole addiction thing. With the opiates, that was not fun to quit. And honestly cannabis helped with that as well.

Have your friends and family always supported your cannabis use?

It was a weird time when I first started. But I was on a lot of heavy medications when I was younger for anxiety and other issues. But there was a point where I just talked to my parents and said: “Do you remember how I had stomach issues and the anxiety and how that was crippling? And how that’s gone away? That’s not because the medication’s working. I’m not sick anymore because I use cannabis.” It opened them up to it. I made them realize that it was effective and better for me than the medications. So after that they were very supportive really quickly.

I think it’s hard for a lot of people to have that discussion with their families because they are afraid of that judgment. And I think having those discussions and explaining it usually helps. But it’s hard to face the idea that your family may reject you. So, I’m very thankful.

What would you recommend to someone who’s conflicted about using cannabis?

Well it depends on what their fear is, but generally topicals are a way to ease people in because they work for pain, but don’t scare people. Especially once you explain that it doesn’t cross the blood-brain barrier and will not absorb in a way that will get your high, it allows them to open up to it.

I’ve actually talked to someone who was high up in law enforcement in California. As an ex-cop she was obviously slightly nervous about these things. But she started using topicals and it completely changed her mind. So I think that’s a really easy way to make them feel comfortable with it.