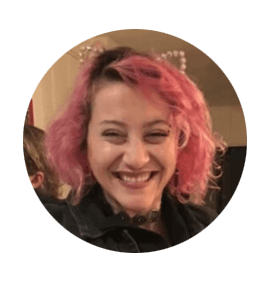 You would never think that a plant would end up being the hero of anyone’s story, but trust me when I say it was mine. Janelle Lassalle

When things start to go bad you always expect the good guy to have a trick up his sleeve. You shudder when you see the hero struggle; you wait for a big, larger than life solution to appear out of thin air at absolutely the worst moment because it just has to, right?. And then your faith is rewarded when, POOF!, it does — it appears just like that, just when you couldn’t bear the tension any longer.

You would never think that a plant would end up being the hero of anyone’s story, but trust me when I say it was mine.

I used to be energetic, vivacious, full of life, a physical being that reveled in how good running made her feel. I played soccer nearly every day — I was a midfielder and proud of it. I had long, curly brown hair that tumbled past my shoulders, strong, thick muscles toned by years of running in the sun.

I can’t pinpoint exactly when it happened, but I was around 13 when I began to sense another presence in my body. Pain. A tight, pressure filled pain straight in the center of my chest. Gripping pain that felt like someone was trying to compress my sternum into a diamond.

I couldn’t breathe. I couldn’t run; my hair and nails began to thin. The energy and life that had once defined me slipped away.

I had no idea what was wrong, and no doctor seemed to have a clue, either. I got chest X-rays, tested for conditions like COPD (Chronic Obstructive Pulmonary Disease), asthma and bronchitis, stress tests, blood tests, and metabolic panels.

I wish the loss of energy, thinning nails and hair was the worst of it but it was the tip of the iceberg. The iceberg would consist of steady weight gain, stretch marks that appeared out of nowhere, back spasms that had me bedridden for days and a deep need for oxygen that made me feel like I was constantly suffocating. I stopped playing sports.

The mood swings kicked in a few years later. I became a caricature trapped in a body as I watched my mood swing from depressed to manic over and over again. This wild teeter-totter pushed me to the brink of my sanity, and would eventually land me in the hospital with a diagnosis of bipolar disorder.

over and over again. This wild teeter-totter pushed me to the brink of my sanity, and would eventually land me in the hospital with a diagnosis of bipolar disorder.

The doctors continued. A psychiatrist suggested I try mood stabilizers, antidepressants, the works. She loaded me up on pills and sent me off.

Does this narrative seem familiar? It may very well resonate if you’re one of the billion people living with a mental illness today. The “cure” in America? Pills, baby, and lots of them — and plenty of doctors who get paid handsomely to prescribe them. I saw a few of these doctors first-hand. One of them asked me if I needed a new bottle of Xanax every time I saw him. I had to stop seeing him because I was afraid he’d get me addicted.

The chest pain would remain with me from that day on.

The weight gain, insane mood swings and loss of energy got worse and worse. I could spend days in bed sobbing without speaking to a single human. The loneliness and pain combined was unbearable.

The thing that saved me? An ex-boyfriend offered me a joint. I was 20 years old.

I AM SO VERY GLAD THAT HE DID, because if he hadn’t I may not be writing this today.

The temporary relief inspired me to seek out cannabis in a more meaningful way. I got a job at a dispensary in Portland and began experimenting. I tried everything: smoking flower, edibles, concentrates, tinctures, the whole nine yards.

And wouldn’t you know it, I can vividly remember THE EXACT MOMENT where — for the first time in 10 years — my chest pain was gone.

I sat there in the middle of a parking lot feeling stunned. I took deep breaths, one after another, jumped up and down, whooped, sobbed like a baby.

What had provided this sweet relief? I had taken CBD-rich RSO (Rick Simpson oil) for the first time that day.

It turns out that once my mind and body were calm (for the first time in years!) I could think clearly. Tinctures provided significant relief, and while I took them whenever I could, I couldn’t afford to take them regularly. Each bottle cost between $60 to $90.

I began experimenting and chronicled my results. RSO would relieve my pain, but so would using high CBD tinctures, especially full-spectrum products. I eventually started making my own CBD oil-based tinctures using East Fork Cultivar flower, which cut the cost of tinctures tremendously, making it an affordable care option. I smoked it, too, on a daily basis. I started looking into other minor cannabinoids like CBG.

Cannabis gave me clarity of mind. I finally realized I had to be my own advocate. I went through the medical literature and suggested test after test to my doctor until I wound up with a diagnosis.

Hashimoto’s Thyroiditis. It’s an auto-immune disease where your body attacks your thyroid gland. The end result? An underactive thyroid gland (Hypothyroidism) that couldn’t produce the hormones I needed. And wouldn’t you know it: Hashimoto’s is sometimes misdiagnosed as bipolar disorder (you can read more about that here).

I had one month where I had some extra cash. I decided I would order a CBG tincture and finally take all three tinctures — THC, CBD and CBG — together for the entire month.

Two weeks of being treated with all three tinctures is all it took before I felt “cured.” I felt like a completely different person. I no longer had wild mood swings but enjoyed a stable mood. It wasn’t like Prozac or any of those other drugs; they numbed me so much that I couldn’t even cry when I was on them, much less experience joy or ecstasy. This was about three months ago, and I’m beyond elated to say the effect continues to this day—continues every day I take my CBD, in fact.

This was just… me. No pain. No depression or anxiety. I had ENERGY! I was free. And you know what else? I discovered that when the layers of pain were stripped away I was fundamentally a happy person.

That’s why I’m writing this today. I hope you can free yourself with cannabis like I did. I hope you can find the joy that I did in this humble plant, and I wish you the best of luck in your healing journey.