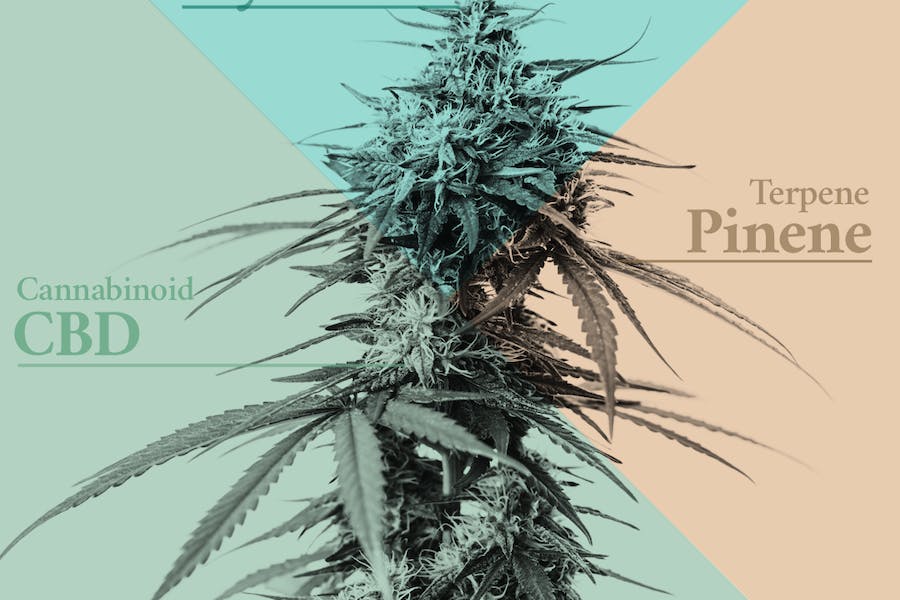 Ringo's Gift, an example of a marijuana strain with a chemical profile that may help depression.

So you’re wondering what type of marijuana would be best for depression. As with most marijuana matters there’s no simple answer, but by looking at the cannabinoids and terpenes that show promise as antidepressants, you can get a good starting point at least.

Once you’ve learned the essentials about marijuana and depression, it’s important to take a closer look at the right way to choose and use cannabis products, and why strain names and indica vs. sativa classifications are problematic.

Jump straight to the list of best strains for depression

Indica or sativa for depression

For decades, cannabis subculture has used the terms sativa and indica to describe the effects of the thousands of marijuana varieties available around the world. Indica strains are said to be mellower and more sedative, and sativa strains more energizing, uplifting and stimulating (somewhat like red wine vs Vodka Red Bull).

But this seems to be hearsay rather than evidence-based information. While the scientific literature does acknowledge the distinction from a botanical perspective —  indica being shorter bush-like with wide leaves, and sativa being taller, narrow leafed and less dense — what influences effects has more to do with ingredients (e.g. cannabinoids and terpenes), and research has never really found a clear chemical distinction between indica and sativa.

Rather than asking if you should choose sativa or indica for depression, your best bet is actually to look at the ingredients in the marijuana products you’re choosing from.

How to choose cannabis for depression

Types II and III are less common than Type I, which is often preferred by recreational consumers. Since CBD may counteract some of THC’s side effects, and make dosing THC easier, Types II and III are often prefered by medical practitioners and patients alike. They might also help mitigate the biphasic effect of THC, where low doses could help depression and anxiety and higher doses could actually trigger these effects. By consuming Type II cannabis, users may experience less anxiety compared to Type I, but maintain the therapeutic benefits of THC. Specifically when it comes to depression, Type III could be of particular benefit as there is evidence for CBD’s potential as an antidepressant.

The next step is to look at terpenes and other cannabinoids. According to the entourage effect theory, these compounds could potentiate some of the therapeutic effects of THC and CBD. So when choosing strains for depression, look for those that contain cannabinoids and terpenes which show potential as antidepressants. These include the cannabinoid CBD and the terpenes linalool, pinene, limonene and Beta-caryophyllene (BCP).

In any case, it’s important to note that strain names are tricky — they can give you an estimation of what you might encounter in a dispensary, but since there’s no standard or trademark for strain names, anyone can basically grow anything and call it whatever they want. Moreover, even the same strain grown under different conditions can yield different cannabinoid and terpene contents.

The Cannigma strain reviews give averages of cannabinoids and terpenes from test results of strains that have the same name. But what’s really going to affect your experience is the ingredients in the products you get and how you consume them. The following list can help you narrow down the options, but in general you’re going to be best off starting with Type II or III cannabis strains, preferably high in limonene, pinene, BCP or linalool.

It should be noted that there are limitations when it comes to marijuana treatment for depression. The vast majority of research about terpenes and depression is preliminary and based on animal models. Existing research about marijuana and depression is preliminary and somewhat conflicting. While the studies referenced show promise in using cannabis to treat acute depression, there are no high-quality studies examining whether medical cannabis use can improve depression over time. Excessive cannabis use, especially Type I cannabis, may actually worsen symptoms.

Before starting treatment you should consult a health practitioner specializing in cannabis treatment.

The marijuana strains that we identified as likely to contain high concentrations of CBD, along with limonene, pinene, linalool and BCP, include:

Matan is all about cannabis and science. With a mixed background in journalism, cannabis production, and advocacy, he’s passionate about backing cl...