Home Ask the Expert
How does smoking cannabis compare to cigarettes?
2 min read

How does smoking cannabis compare to cigarettes?

Getting the right answers in your cannabis journey can be tricky. But with The Cannigma’s Ask the Expert, you can find questions from readers like you, answered by a real cannabis pharmacist.

Question:
Hello. Is the tar build up in the lungs and bronchial pathways the same for marijuana as for cigarettes? In other words, is the smoke as damaging? And if so,  what would be the best way to smoke it for the least amount of damage? Thank you!

Answer:
Excellent question. We have covered the topic of smoking and lung cancer already on The Cannigma, but to answer your question directly – the answer is yes, weed smoke is damaging to the lungs. But it likely doesn’t cause cancer like cigarettes do, as nicotine and cannabinoids tend to have different effects on our cells.

Cannabis smoke (and vaping and dabbing) has been associated with bronchitis (aka inflammation of the airways). There is also an association with an increase in phlegm production, and a potential increase in certain respiratory conditions.

Additionally cannabis smoke contains even more tar than tobacco, but few people smoke nearly as many joints as they do cigarettes, so the net tar load tends to be less for weed smokers. Vaping may reduce tar exposure compared to smoke, but there are still concerns around the safety of oil vaporizers, especially after the EVALI crisis, which took dozens of American lives.

Can CBD help you quit smoking?

If you’re into science, there is a nice review of a lot of the existing evidence here. And as you might have guessed, it’s a mix bag of data but most of it shines a negative light on cannabis. Despite this, there is hope to use cannabis and the endocannabinoid system as a target for respiratory diseases.

Have a burning cannabis question you need answered? Submit your questions to [email protected].

More in Ask the Expert

Do cannabis edibles cause eye twitching?

How can I make a balm with RSO?

Can a THC tincture help with ADHD? 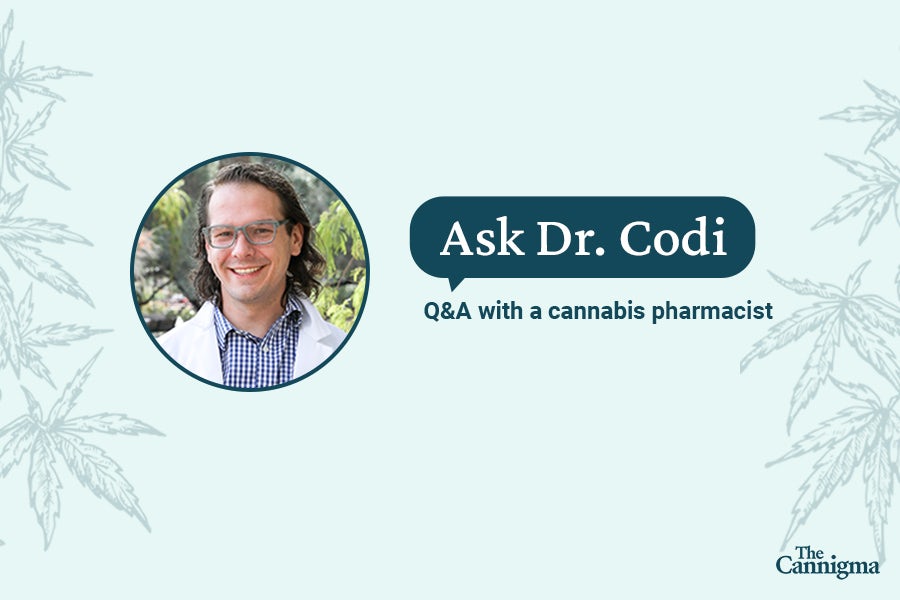 How can I reduce the coughing associated with smoking cannabis?

Previous Article Cannabis laws in Monaco Next Article Is CBD safe to use during pregnancy and nursing?
The Cannigma uses cookies to improve your experience and to show you personalized adsACCEPTPrivacy Policy
Manage consent