The cannabis vaporizer seems poised to overtake more traditional methods of marijuana use in the near future. By 2019, vaporizers had become the smokable marijuana market’s most popular accessory.

There are multiple reasons for that. Let’s take a deeper look at what makes vaping so popular and how you can use the vaporizer to complement your medical cannabis regimen.

There are also risks involved: and a mystery illness, believed to have been caused by black-market THC vaporizer cartridges contained with a cutting agent left dozens dead and over 2,000 hospitalized.

The health benefits of vaping

Vaping entails the smokeless vaporization of medical marijuana, in order to inhale the plant’s active ingredients. The health and wellness-promoting qualities of medical cannabis shine through this delivery method, as they always seem to do. Yet consumption of cannabis by vaporization carries several unique health benefits of its own.

Reduced Carcinogens: Ingesting or inhaling burnt materials is almost never a healthy idea. Because it circumvents any type of combustion, vaping seems to be safer for the lungs. Keeping your vape at a low-to-moderate temperature may also be a good idea, of course. As one 2016 study on the therapeutic potential of vaping put it, vape pens “should be carefully designed to minimize potential overheating.” Optimal temperatures for vaping are in the 160-180°C (320-356°F) range.

Fast-acting: Vaping, like smoking, is the fastest way to get the effects of medical marijuana into your system. Often the “peak value” of your experience happens around 10-20 minutes after inhalation and may last for up to three to five hours. Some patients tend to prefer non-psychotropic CBD vapes for anxiety, while others may find more relief with THC. It appears as though CBD has a broader therapeutic index than THC does. So while overdoing CBD probably won’t cause anxiety, overdoing THC just might given the biphasic response of cannabis.

Enhanced Dosing: While dosing with edibles can be messy or imprecise, optimizing your vape dose is usually easier. Many vapes can be ‘loaded’ with pre-filled cartridges containing a measured amount of medical marijuana products. For instance, if you use a lab-verified vape cartridge containing 300 milligrams of cannabinoids every 10 days, then you know that you’re averaging 30 mg of total cannabinoids a day.

Bioavailability, Pharmacology, and More: The bioavailability of vaping can vary quite wildly depending on how deeply you inhale, how long you inhale for, and more. Studies indicate that the absorption rates of inhalation are normally between 10-60%. Some of the factors that could affect the absorption rate are the amount and type of cannabis, duration of vaporization, and the temperature used for vaporizing. One notable study found that the most efficient delivery occurred at 439°F / 226°C.

While high-tempurature vaping may seem best, it’s not necessarily that simple. Many of cannabis’s more-than-540 ingredients are heat-sensitive. Terpenes, for example, begin to vaporize at 258°F. Cannabinoids, on the other hand, require a much higher temperature point around 315°F or more.

Modern vaporizers often come in the form of thin, pen-shaped devices. Tiny internal coils heat up a vape’s cannabis content to just the right temperature, at which point users can take a “draw” off the device and inhale its vapor.

There are four main components of the typical cannabis vape pen:

There are several different types of vaporizers available in today’s market. Here are some of the most common ones:

Conduction vaporizer: Conduction vaporizers were the first type to reach the market. They are often less expensive and more user-friendly than other alternatives. They’re also more efficient. That’s because conduction is a process in which heat is transmitted directly from one substance to the next; in this case, from coil to medical marijuana oil.

Water-cooled vaporizer: Also known as the “liquid filtration vaporizer,” this type of vape is one of the newest on the market. It combines the smoothness of vaping with the additional filtration of a water bong.

Tabletop vaporizer: Many vaporizers in this category are expensive, though they often have extra features like precise temperature control. Users who opt for a low-temperature setting may find that the delicate flavors of the marijuana plant are perfectly preserved. Pharmacological effects may be better preserved, too, as intact terpenes and cannabinoids work together to provide a powerful entourage effect.

The scientific community is generally in consensus about vaporization being an effective delivery method that is safer than smoking. All the way back in 2008, a study in The Journal of Psychopharmacology called vaping a “suitable method for the administration of THC.”

Just because vaping is generally safe, however, does not mean that everything is safe to vape. Many vape products use harmful ‘cutting agents’ to improve their viscosity. One cutting agent used by some producers is polyethylene glycol (PEG). When PEG overheats, it can produce cancer-causing molecules called carbonyls. One of the better-known carbonyls is formaldehyde.

As harmful as long-term exposure to PEG may be, vaping presents even more pressing issues. In 2019, a mystery vaping-related lung illness began to appear across the United States. Hundreds of people have been hospitalized and at least nine have died from the illness across the United States, which health authorities have not definitively found a cause.

Vitamin E acetate contamination is likely most common in illicit THC vape products, which were thought to be at the source of the outbreak. To quote Leafly, “this outbreak is akin to bathtub gin under alcohol prohibition. It is generally a creature of unlicensed markets where consumers have no legal alternative.”

Cases of “vape pen lung disease” were concentrated mostly in areas where certain types of cannabis are illegal. This is in stark contrast to where states have regulated the industry more, which had significantly less cases. The verdict here is clear: if illegal products are causing America’s vape-related health outbreak, then opt for legal products available in legalized areas.

The scare brought attention to the need for more regulation and harmonization of cannabis laws, in order to ensure high quality manufacturing and distribution of products, akin to the pharmaceutical industry.

Vaping appears to be safer than smoking. Nonetheless, you can also reduce risk by avoiding vaping on ultra-high heat settings. Some studies show that polyethylene glycol converts too quickly to formaldehyde at around 215 degrees C / 419 degrees F, which can be harmful.

Medical marijuana patients are encouraged to seek out the strain or concentrate of their choice, so long as it comes from a reputable source with reputable lab testing. Look for tests that ensure your product is freedom from mold, mycotoxins, aflatoxins, heavy metals, and residual solvents.

Customers should also be aware of their cannabis’s strength — these numbers should be made readily available via lab testing, too. Use caution with ultra-strong concentrates (over 80% THC) and ultra-strong cannabis flower (over 25% THC). 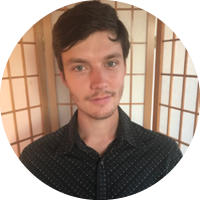