Home Physiology Clinical endocannabinoid deficiency: When does it happen and why?

Clinical endocannabinoid deficiency: When does it happen and why? 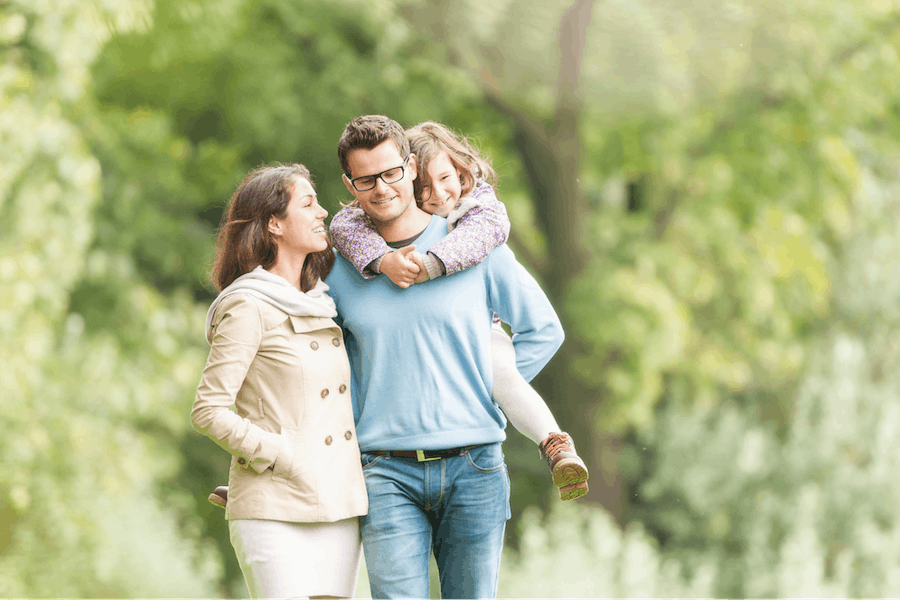 Modern medicine has become somewhat advanced when it comes to treating certain medical needs, but meanwhile many conditions remain mysterious both in their cause and their potential treatments. Disorders like fibromyalgia and irritable bowel syndrome are good examples of this. There are no lab tests to determine if you have these conditions and the mechanisms that cause them remain a mystery. Still, they often share common symptomatology of increased sensitivity to pain.

While the cause of these conditions remain somewhat elusive, a hypothesis has emerged suggesting that these (and other) conditions may be caused by a disorder called Clinical Endocannabinoid Deficiency (CED). Could CED be the cause of many poorly understood conditions? According to Dr. Ethan Russo, it just might be.

In his seminal 2016 article “Clinical Endocannabinoid Deficiency Reconsidered: Current Research Supports the Theory in Migraine, Fibromyalgia, Irritable Bowel, and Other Treatment-Resistant Syndromes” Russo lays out the theory behind CED.1

What is Clinical Endocannabinoid Deficiency syndrome?

To understand Clinical Endocannabinoid Deficiency, you first need to understand that all humans and mammals have something called an endocannabinoid system. This natural system is responsible for maintaining internal homeostasis (or balance) and controls some of our body’s most important functions. Your endocannabinoid system regulates things like sleep, mood, pain, immune response, memory, and hunger, so it plays a big role in keeping your body well functioning.

The theory behind CED is that some people might have deficiencies in certain aspects of their  endocannabinoid tone which could lead to inappropriate  activation of the endocannabinoid system. This might be related to genetic differences in some, or might be an acquired deficiency resulting from injury or disease.

CED might manifest in many ways, including inappropriate production of endocannabinoids, alterations in metabolism s ,or altered expression of cannabinoid receptors.

First proposed by Russo in 2001, this hypothesis was originally supported by the fact that cannabis seems to help with a broad number of symptoms in many difficult to treat conditions — and some cannabinoids are able to stimulate the endocannabinoid system in a similar way endocannabinoids do.2

Still, very little hard evidence for the theory had been documented. But more recently, additional evidence has emerged in favor of the theory, showing physical indications of ECS dysfunction in several conditions. For example, unexplained differences in endocannabinoid levels have been found in the cerebrospinal fluid of migraine sufferers, increased endocannabinoids levels have been found in patients with tourette syndrome, and imaging studies have shown lowered ECS function in patients with PTSD.3 4

The endocannabinoid system is a key system in the human body, responsible for maintaining internal homeostasis and balance. So what happens when this system is dysregulated?

Well, if endocannabinoid function were to decrease, it would likely lower the pain threshold and disrupt digestion, mood, and sleep, among other functions. These symptoms of ECS dysfunction are similar to those commonly seen in the conditions suspected to originate with CED, such as migraines, fibromyalgia, and irritable bowel syndrome (IBS).

“In the case of migraine it’s headaches, but also painful stimuli such as noise and bright light. For irritable bowel it’s an acute awareness of the gut and phenomena that normally don’t hurt are quite painful to people with that condition, and with fibromyalgia, you’ve got a generalized often increase in pain sensitivity on certain muscles or fibrous tissues may hurt to a great extent, but examining the tissue reveals no specific problem to explain it.” These three conditions are also associated with an increased risk of anxiety, depression, and sleep disorders.

While this profile of symptomatology is the starting point for considering these conditions, there is compelling evidence for each suggesting it’s a possible connection to CED.

Irritable bowel syndrome, also known as IBS or spastic colon, is characterized by gastrointestinal pain, spasm, discomfort and altered bowel movements (usually predominantly characterized by diarrhea, constipation, or alternation between the two). While sometimes triggered by specific foods or behavior like overeating, it’s also tied to anxiety. IBS is common in the western world, affecting about 10-15% of the population. Still, there are no physical signs that can be tied to this disorder which might indicate a cause.

But it may be that CED is at the root of this condition. More recently, it’s been discovered that the GI tract is intimately related to the ECS, with the ECS modulating functions like GI propulsion, secretion, and inflammation in the gut. This suggests both that CED could be involved in IBS, and that cannabinoids might be useful for treating the condition.

In fact, cannabis has long been used for GI problems. It was one of the first effective treatments in the 19th century for diarrhea associated with cholera, and modern research has supported its effectiveness for this use. Today, many IBS patients use cannabis to alleviate their symptoms and claim that it is effective. Still, there has been very little clinical research to determine whether these anecdotal claims hold up to scrutiny.5

But there is also additional evidence to tie IBS to CED. One study looking at muscle fibers from colonoscopic biopsies found that one endocannabinoid, anandamide, affected how colon muscles contract. The authors of this study suggested that the ECS was particularly important when the gut was suffering from disease or inflammation.6

Another study found increased TRPV1 nerve fibers in IBS sufferers, which could contribute to hypersensitivity and pain in IBS. Since certain cannabinoids such as the endocannabinoid anandamide or the phytocannabinoid CBD may desensitize TRPV1, this also relates to ECS function and further supports the idea that IBS may be a sign of CED.

In addition, genetic differences in endocannabinoid metabolism were observed in patients with diarrhea associated IBS. Stimulating the CB1 receptors using cannabinoids like THC has been shown to slow colonic transit time and increase colonic compliance in these patients.7

THC has also been shown to alter the gut microbiome in obese mice — restoring it to a gut microbiome similar to healthy mice. Research is just starting to really grasp the complexity of the connection between the ECS and the microorganisms in our bowels, but a connection is becoming increasingly clear.

Migraine is a common headache syndrome that affects about 15% of Americans, and three times more women than men. Associated with nausea, sensitivity to light and sound, and hormonal and environmental triggers, migraine headaches represent a painful and difficult to live with the condition.

Well, for one thing, migraine sufferers seem to respond to cannabis treatments. It’s been used historically as a migraine treatment, and modern surveys have shown that cannabis can significantly reduce migraine frequency. In one small survey 85.1% of those who used cannabis for migraine had decreased migraine frequency, diminishing from 10.4 to 4.6 attacks per month on average.8

Migraine sufferers’ response to light and sound is also a clue. It suggests an overactive sensory experience in the central nervous system. This overactivation is exactly the sort of thing that the ECS would usually regulate and correct. In addition, the endocannabinoid anandamide interacts with some serotonin receptors, producing responses that are consistent with the profiles of drugs which have been effective at reducing migraine activity.

And research is now showing that anandamide plays an important inhibitory role in activating the trigeminovascular system — a system in the human body whose activation and sensitization occur during migraine headaches. It could be that reduced levels of natural anandamide would lead to migraines, by allowing for activation of the trigeminovascular system.

And in fact, this is exactly what researchers are finding. In a study that Russo calls “perhaps the strongest evidence of the existence of CED in migraine or any disorder” scientists from the University of Perugia in Italy looked at the anandamide levels in migraine sufferers and found that anandamide levels were significantly lower than in controls.9

Fibromyalgia is a condition characterized by pain throughout the body which is aggravated by exertion. Associated with painful “trigger points,” which produce intense pain, depression, anxiety, and sleep disorders, researchers haven’t been able to pinpoint physical signs to diagnose this mysterious but common condition.

As of a matter of fact, there is no specific test to diagnose this condition. Instead, it was what is known as a diagnosis of exclusion, meaning once you’ve ruled out all other causes of the pain, only then will you be diagnosed with fibromyalgia. Still many believe that sensitization of the central nervous system could be at the root of the condition.

The cannabinoids in cannabis are also known to reduce pain sensitivity and are often used by fibromyalgia patients to treat their condition. Studies on fibromyalgia patients using cannabis found that those who were able to tolerate THC’s secondary side effects had significant reductions in pain and stiffness, enhanced relaxation and sleep, and increased feelings of well-being. Still, more rigorous controlled studies need to be conducted to validate these results.

Other Conditions That May Be Related to CED

For example, nausea from motion sickness is correlated with reductions in anandamide. Impaired ECS functioning has been linked to MS, Huntington’s disease, anxiety, PTSD and major depression. Higher levels of anandamide were found in patients with Parkinson’s disease and schizophrenia.11

In addition, the ECS is responsible for fear extinction mechanisms that allow people to recover from traumatic experiences. Not only have altered endocannabinoid levels been found in patients with PTSD, but it’s thought that cannabis could be an effective and well tolerated treatment for PTSD.12

In autism, genes associated with the disorder also regulate ECS function. In addition, new research suggests that children with autism have lower levels of endocannabinoids circulating through their system.

In all of these conditions, while the causes are somewhat mysterious, we can see that there are clear disruptions in endocannabinoid functioning.

If you believe you have CED, it’s best to talk to a doctor who specializes in cannabinoid medicine. Testing for CED is pretty rare, but you can ask your doctor about it to see if they can offer you this test. While testing for endocannabinoid levels has historically been difficult and fairly invasive, there are tests now that measure endocannabinoid levels in saliva, so expect to hear more about tests like this in the future. Your doctor may be able to help you take this test, or recommend a specialist who can. More commonly, your doctor will work with you to find the best option based on your conditions and symptoms. Either way, it’s helpful to have some expert advice.13

Russo suggests that cannabinoids like THC and CBD (particularly whole-plant cannabis extracts) may be helpful for some cases, as a way to stimulate the endocannabinoid system. While CED may be harmful, an excess of cannabinoids can also cause problems, so a doctor can help you to decide whether cannabis is the right treatment for you – and if it is, what cannabis options to try.