What does 710-friendly mean? 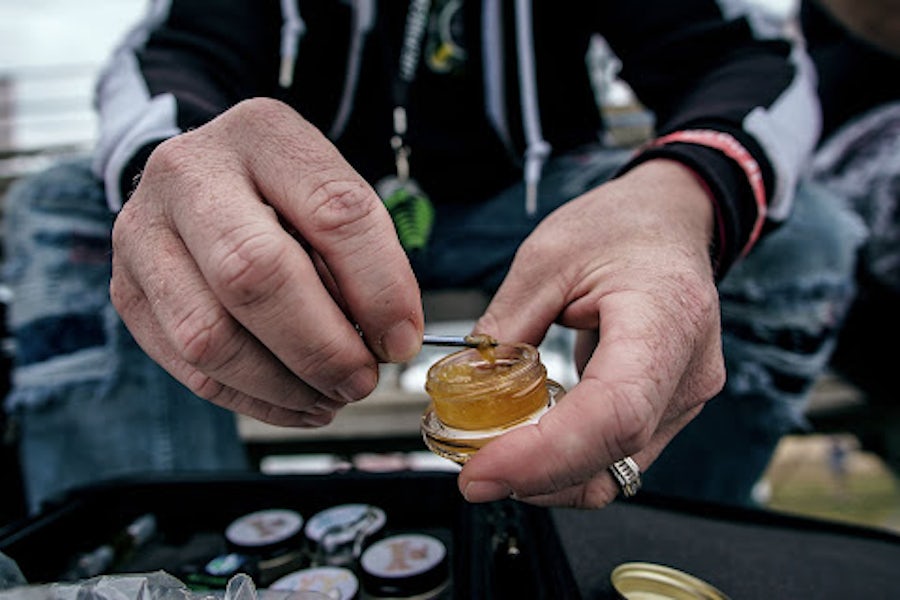 While 420-friendly is a broad term for all things cannabis, 710 is more niche, involving concentrates and dabbing (Shutterstock)

Outside of cannabis culture, 420 is the stoner holiday. But do you know about 710?

If you’re new to the cannabis space, all of these numbers can be hard to keep track of. What does 710-friendly mean? Where did it come from?

710-friendly refers to hash oil, but it also refers more broadly to any form of cannabis concentrate, including:

As with many things in cannabis, the history of 710 is surrounded in lore and mystery.

Some people claim the roots of 710 date back to the Grateful Dead when they lived at 710 Ashbury Street in San Francisco, but most other origin stories date back to the 2010s. A 2009 entry in Urban Dictionary references 710 in relation to car oil, so the connotation isn’t limited to the cannabis industry.

The most concrete origin story for 710 comes from journalist Mitchell Colbert, who wrote an article in 2015 exploring the origins of the holiday. Colbert identified an internet user and cannabis aficionado by the username of Taskrok as the person who made the first connection between 710 and hash oil back in 2011. He did so because he and his friends wanted a time other than 4:20 to take their dabs.

In the article, Taskrok is humble about his part in the origins of 710, in part because the connotation to oil is not limited to the cannabis industry. But within the industry, he started something that quickly took on its own life. In 2013 the LA Weekly ran an article titled 710 is the new 420 and it exploded from there.

The 7 best disposable weed pens for 2022

420-friendly means “weed-friendly” in a broad sense and many people associate flower and smoking with it. 710 is more niche, involving concentrates and dabbing. It can also mean smokeless cannabis products, which would involve vaping too.

While 420 celebrations are open to anyone who enjoys the plant, 710 is celebrated by mainly concentrate lovers. Things that are 420-friendly are approachable for cannabis users at every stage of their journey, while 710 typically indicates an experienced smoker- because dabs are not for new cannabis consumers.

710 isn’t beginner-friendly like 420 is. Concentrates are a much more intense high experience than smoking, reaching up to 90% THC. The intense experience of dabbing combined with the strength of the high can easily overwhelm people who aren’t used to it or have a tolerance for it.

April 20th is every stoner’s favorite holiday, and for many July 10th isn’t far behind. But you don’t have to wait until July- 7:10 comes around every day (twice, if you don’t subscribe to military time.)

710 can also be called dab day, which tells you everything you need to know about how to celebrate. You can use the following:

If you plan on celebrating 710, make sure you don’t have any plans or things to do that day. Hitting a dab can put even the most experienced of stoners on the couch for several hours, so the best way to celebrate is with lots of snacks, water, and a classic stoner film (or two.)

Previous Article Best strains and terpenes for ADHD Next Article Should you put ice in your bong?
The Cannigma uses cookies to improve your experience and to show you personalized adsACCEPTPrivacy Policy
Manage consent