Home Plant What is cannabis wax and can you make it? 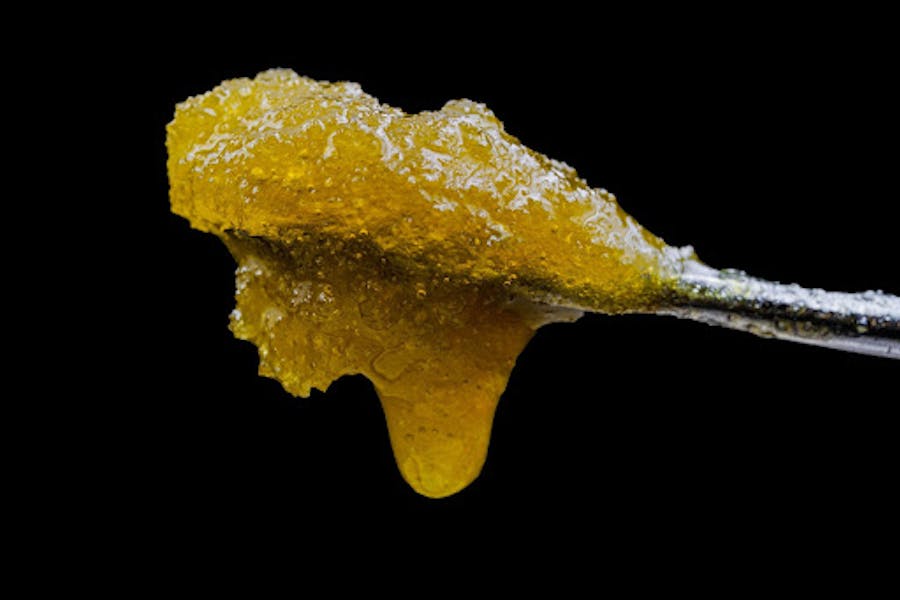 Crumble, budder, batter, honeycomb – the world of cannabis wax can be confusing to the uninitiated, but it’s a club that anyone can join. These high cannabinoid and terpene concentrates are extracted using a hydrocarbon or hydrocarbon blend as the solvent. Typically butane is used. Many concentrates are made using a solvent to extract the cannabinoids and terpenes from weed and produce one of the most potent and enjoyable ways to consume cannabis. Here’s how they work.

Wax is a term used to describe a wide array of concentrates that are made by using butane to extract cannabinoids and terpenes from the cannabis plant. This sets them apart from CO2 or ethanol extractions which result in different end products and solventless concentrates like hashish or rosin that are typically made by using a variety of methods including heat and pressure, or the use of a cold water bath and microfiltration.

Concentrates that use butane are known as butane hash oils (BHO), though CO2 and ethanol are also very popular solvents in cannabis extraction.

“Wax” refers to concentrates such as budder and batter that have a softer consistency almost like earwax, apple pie crumble, or cake batter. This is as opposed to “shatter,” which is typically thin and can break apart into small shards (hence the name). It is usually amber or golden in color, and translucent. Not to be confused with wax, shatter is a very potent concentrate that is also made with solvents, typically butane, but goes through a different process after extraction, resulting in its unique consistency and appearance.

Here’s where things might get a bit confusing. Many forms of cannabis wax have similar names and the only real difference between them is the consistency. These are some popular types of wax:

The name can be a bit confusing, but batter/badder is very similar to budder, just with a consistency that’s closer to cake frosting or batter (hence the name). Badder is whipped after extraction, which gives it its consistency.

Also often called crumble wax, this cannabis concentrate has a rather crumbly, dry consistency and can resemble in appearance a honeycomb. Crumble is similar to budder and badder in that it still has some waxes left in the product. Like shatter, it is put under vacuum but is kept at a lower temperature, for a longer time, giving it that crumbly consistency.

How strong is wax?

Though they can differ greatly in their consistency, there is one thing that all cannabis concentrates have in common – they’re quite potent. While a THC range of 15% to 25% is pretty standard for cannabis flower, concentrates can have THC percentages that range from 50% to more than 90%. Most BHO products tend to be between 70% to 90% total THC.

This is why they are typically consumed in small quantities, usually on the business end of a dab rig or vaporizer. Due to the potency, it should only take a dab of wax concentrate to produce a powerful effect, hence why it’s referred to as “dabbing.”

Full spectrum and broad spectrum are terms used to describe the range of phytochemicals that are retained in a cannabis product. Concentrates can be made using the entire cannabis plant, which potentially can produce a more holistic range of cannabinoids, terpenes, and flavonoids (or, a full spectrum of them), but this also depends on a great deal on the extraction process used.

Based on their definitions, a wax concentrate could fall under either full-spectrum or broad-spectrum, depending on its cannabinoid potency. In addition to high-potency THC concentrates, CBD concentrates exist, but are not commonly carried in typical dispensaries.

Can you make cannabis wax?

Cannabis wax is extracted using a hydrocarbon or hydrocarbon blend as the solvent. Cannabis flower is soaked with the solvent in a vessel. After the soak, the cannabinoid and the terpene-rich solvent is collected. The solvent is then purged, leaving behind the extract. This process produces the best product when all aspects are kept cold. Producers will keep cannabis, solvent, and equipment at cold temperatures prior and during the extraction.

For store-bought concentrates, this process is typically carried out in a professional laboratory using very sophisticated and expensive equipment. It should be noted that making BHO is quite dangerous, especially if you are not trained or you’re careless, or don’t know what you’re doing. Butane is highly flammable and an explosion can happen fairly easily. But even after the extraction is done you’re still not out of the woods. If you don’t perform the purging process correctly, it can leave behind unwanted solvent.

Is it worth it to make your own cannabis wax considering the risks? Arguably, it isn’t worth it. Solventless or mechanical extractions are an alternative for home extracts simply because of their simplicity, cheaper cost, and lack of volatile solvents. They can produce similar concentrates to a budder or badder. also produce similar concentrates, but with slightly different consistencies.

How do you consume cannabis wax?

Vape it on a dab rig

A dab rig is a typical glass tool that looks a lot like a bong and usually has a receptacle at the bottom for water. Instead of a typical bong-type bowl, it will have a “dab nail,” which  has a reservoir to hold the oil. Nails are either quartz glass, titanium, or ceramic. A blowtorch is required to heat a traditional rig. If the nail is an e-nail (electric nail), the system will heat up to a desired set temperature.

A dab can be taken in two ways. A “hot dab” occurs when concentrate is added to the nail after it has been heated to a desired temperature. Alternatively during “cold start dab” the concentrate is placed in the nail prior to heating. A carb cap should be utilized to cover the nail. Carb caps allow the pressure in the nail to be reduced, thus reducing the boiling points of the cannabinoids and terpenes in the concentrate. This facilitates the use of lower temperatures and leads to a more flavorful hit. Ideal temperatures for heating the nail to are between 350-500 oF. After inhaling, kick back, exhale, and let that first hit kick in – it might be all you need. Effects of the hit should be felt immediately or up to 15 minutes.

Vape cannabis wax in a vaporizer

Most vaporizers these days are no longer either “dry vape” or “wet vapes.” Use a dry vape with an attachment (usually a dab pad or concentrates pad) which can be placed in the “oven” of the vape for vaping concentrates.

Smoked in a joint or sprinkled on a pipe or bong

Wax concentrates can be mixed in with weed when twisting a joint or a blunt or can be sprinkled on top of the bowl in your favorite bong or pipe. It should burn easily and it doesn’t take much to make a big difference in your smoking experience.

In a pinch – the hot knife method

This method was popular before dab rigs became common. If you don’t have a dab rig, a joint, or a pipe, you can always try the hot knife method. Commonly associated with smoking hashish, it involves simply heating up two butter knives on the stove (or with a torch) until they get white-hot. Then simply place a small piece of concentrate on the top of one knife and tightly press the other knife tip against it, sandwiching the dab as it smolders and you inhale the smoke.

Why try wax instead of flower?

Many people have probably been turned off from dabbing by the potency of concentrates and the sight of a dab rig being heated up with a blowtorch. But there are good reasons to give it a try.

Downsides of wax over flower

Can cannabis wax be used to make edibles?

Yes, you can make edibles using wax concentrates instead of cannabis butter or oil or tinctures. Formulating with cannabis extract is the easiest way to accurately dose products. This is dependent, of course, on knowing the extract’s cannabinoid potency. It is commonplace in the cannabis industry to formulate with distillate or another type of extract. Also keep in mind that full spectrum extracts can have a more plant-like flavor that could make the dish less palatable, unless you’re making desserts and can use sugar to mask the flavor.

You will also need to make sure that your concentrate has been decarboxylated first. It can then be mixed in with a fat or added directly into an article.