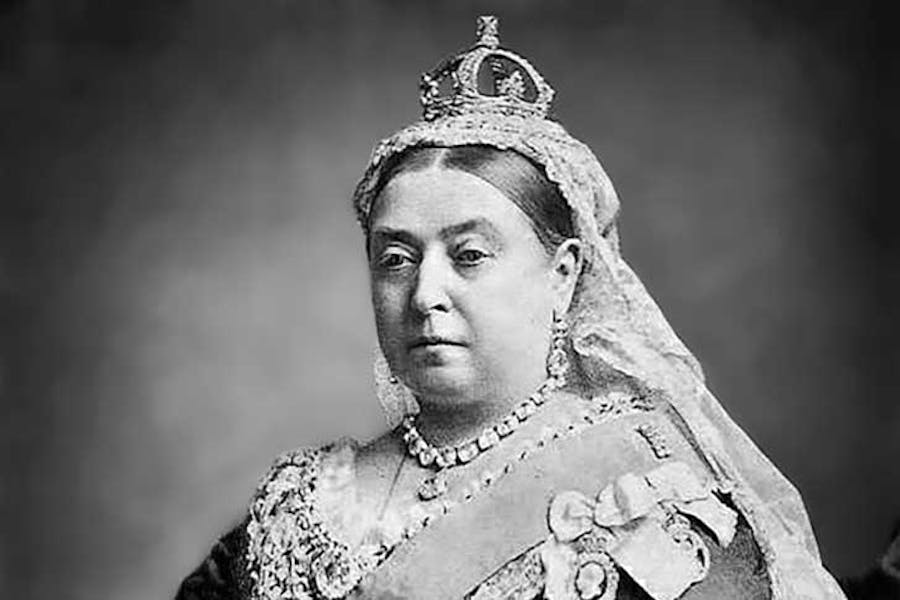 Queen Victoria poses for a photograph in 1887. (Alexander Bassano)

This article was originally published on Weedmaps, and appears here with permission.

Cannabis activism may seem like a contemporary issue but, in fact, it has a long and intriguing history. From an ancient Egyptian pharaoh to an illustrious American social scientist, these five women were cannabis activists ahead of their time.

Hatshepsut and cannabis in ancient Egypt

Hatshepsut lived in the 1400s BC and is notable as one of a select few female pharaohs in Egyptian history, according to a 2006 article published in The Smithsonian magazine. The pharaoh reportedly used hemp to manage painful menstrual symptoms.

But Hatshepsut may not have been the only woman of her era who turned to cannabis for pain relief. The Ebers Papyrus, an herbal medical text from ancient Egypt, cites the use of hemp for treating not only menstrual pain but also to ease discomfort during childbirth. The article stated that cannabis was mixed with honey and inserted into the vagina to alleviate menstrual pain.

Perhaps the most unlikely cannabis activist on our list, Hildegard von Bingen was a German nun who lived during the Middle Ages. Later sainted in the Catholic Church, von Bingen had much to say about medicine in an era when women were expected to stay silent on academic subjects. Von Bingen had a particular interest in herbal medicine and wrote in her health guide Physica that hemp could be used for a variety of treatments, according to Ethan B. Russo’s 2013 book, Cannabis and Cannabinoids: Pharmacology, Toxicology, and Therapeutic Potential. Russo cites von Bingen’s recommendations of applying a healing hemp cloth to soothe wounds and eating hemp to reduce other types of pain, including headaches.

Von Bingen chronicled her remedies for a twelfth century German audience, but modern scientific studies have indicated that her views on hemp may have been accurate. CBD oil, which is derived from hemp, has a long list of potential therapeutic usages for a range of ailments, such as anxiety, inflammation, and epilepsy.

Putting her own mystical spin on cannabis, von Bingen showed how the plant can be part of a healthy and balanced lifestyle. As she wrote in her pioneering text Causes and Cures, “The soul loves moderation in all things….so in all things let people maintain a proper balance.”

Queen Victoria and cannabis during a conservative era

The nineteenth century Victorian Era was one of the most socially restrictive periods in the history of England, yet the woman at the center of this conservatism may have participated in one very progressive activity: using weed. According to several sources, Queen Victoria may have received cannabis from her physician to ease menstrual cramps. Richard J. Miller, a professor of pharmacology at Northwestern University, wrote in his 2013 book Drugged: The Science and Culture behind Psychotropic Drugs, “Even Queen Victoria was prescribed a tincture of cannabis. It is believed she was amused (perhaps very amused).”

Other sources debate Queen Victoria’s cannabis use, but an article featured on the History Press shows her progressive side. It revealed that the royal was one of the first notable people to test chloroform. According to the article, Queen Victoria used it to dull the pain of giving birth to her youngest son, Leopold, in 1853. Her physician, Dr. John Snow, recorded Queen Victoria as saying the chloroform was “soothing, quieting, and delightful beyond measure.”

Louisa May Alcott and cannabis in literature

Most famous for penning the bestselling novel Little Women in 1868, American author Louisa May Alcott wrote a lesser known story called “Perilous Play” in which the characters experiment with hash. In a 2007 paperback reissue of the tale, Alcott describes the hash’s effect on the characters with ethereal language: “A heavenly dreaminess comes over one, in which they move as if on air. Everything is calm and lovely to them: no pain, no care, no fear of anything, and while it lasts one feels like an angel half asleep.”

While Alcott’s writing may not fall into the category of activism, it is apparent that cannabis influenced her work. Her characters’ experiences seem uncannily vivid, but it is pure speculation whether the author partook of the plant herself.

Margaret Mead and the War on Drugs

American cultural anthropologist Margaret Mead was one of the most outspoken women of the twentieth century on the topic of legalizing marijuana. Born in Philadelphia, Pennsylvania, in 1901, Mead earned a Ph.D. from Columbia University before traveling the globe to conduct fieldwork and challenge Western social conventions in controversial areas, including sexuality.

On October 27, 1969, at the height of her career, Mead gave an impassioned speech at a Senate hearing, as she argued that anyone age 16 and over should be permitted to smoke marijuana. In the speech, Mead said that keeping marijuana illegal was akin to “a new form of tyranny by the old over the young,” according to a 1969 article published in the archives of the Colorado Historic Newspapers Collection. The well-respected author went on to blast the hypocrisy of criminalizing marijuana use, pointing out, “You have the adult with a cocktail in one hand and a cigarette in the other…this is untenable…”

Mead further argued that marijuana “doesn’t have the toxic effects that cigarettes have,” is not addictive like heroin, and is milder than alcohol. In fact, she asserted that “The attempt to restrict the use of this youth choice has resulted in graver social consequences than those associated with Prohibition in the 1920s.”

But her pleas fell on deaf ears and preceded even stricter legal measures against marijuana as President Nixon launched the War on Drugs in 1971. Margaret Mead died in 1978 before the War on Drugs ramped up in the 1980s under the Reagan Administration and set off a wave of marijuana-related arrests targeted at minority communities.

These are five among countless women who have influenced the cannabis industry through activism, literature, and culture. As sweeping change affects cannabis laws in all 50 states, many important contemporary figures are forging ahead in the direction of progress.