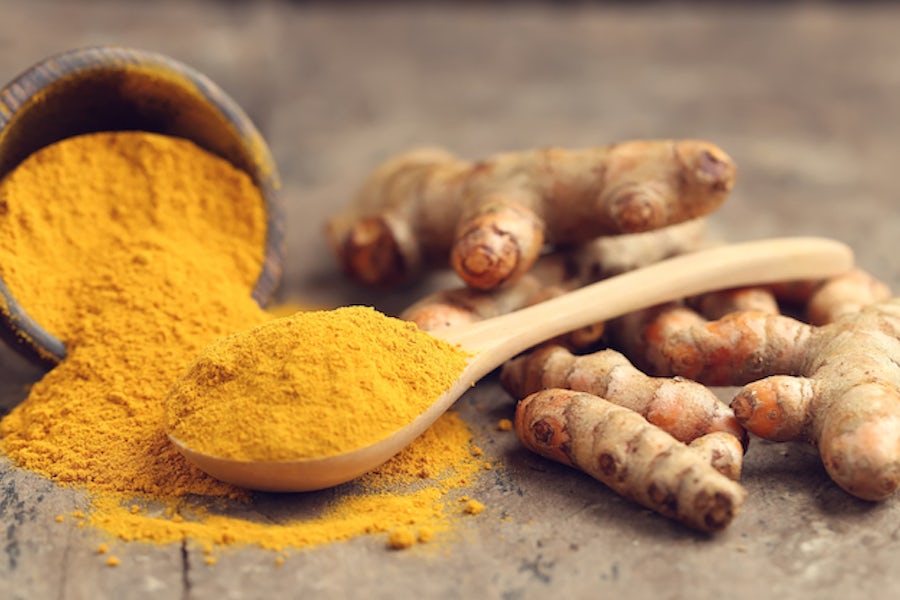 Turmeric has historically been used in Ayurvedic medicine, a traditional medical system popular in India since antiquity.

Modern pharmaceuticals — based on rigorous, peer-reviewed research and state-of-the-art developmental methods — make up the vast majority of the medicine used today. But they have not managed to eliminate the time-tested natural remedies that have been trusted across the world for eons.

Here’s a look at six trusted, natural remedies that have stood the test of time.

While most people in the West know it as the spice that gives curry its deep yellow/orange hue or as the key ingredient to the “golden latte,” turmeric has for thousands of years been a medicinal herb used for a variety of ailments, mainly in the Indian subcontinent.

The turmeric plant is related to ginger and like ginger, it’s the turmeric rhizome (the underground plant stem) which is used in cooking and for medicinal purposes. The root is full of compounds called curcuminoids, including the principal one, circumin.

Turmeric has historically been used in Ayurvedic medicine, a traditional medical system popular in India since antiquity. It is believed to provide relief from a litany of conditions, and research suggests it can help alleviate oxidative and inflammatory conditions, including arthritis, anxiety, and hyperlipidemia.

In addition, a 2006 research study found that in a control population of elderly Asian participants, those who “occasionally” or “often or very often” had significantly better Mini-Mental State Examination scores (a cognitive tool) than those who “never or rarely” ate curry.

Turmeric can be easily added as powder directly in food or drink, and using the fresh turmeric rhizome to brew tea is also a popular remedy for the common cold and other similar illnesses.

Known as “evening primrose,” this Oenothera grows across North America and is known for its yellow flowers and its use as a natural health supplement.

For hundreds of years it has been a food and natural remedy used by indigenous people in North America, and the oil produced from its seeds is used to treat a variety of conditions including rheumatoid arthritis, premenstrual syndrome, asthma, and more.

It has been especially popular as a remedy for women’s health issues, and clinical studies have shown that it has therapeutic potential for PMS, hot flashes, gestational diabetes, and cervical ripening. Another study performed on multiple sclerosis patients found that the oil “had a significant effect on several important aspects of life quality such as the increase of cognitive function, vitality, and overall life satisfaction.”

For thousands of years, the fruit and flowers of Sambucus Nigra have been used as a food and also a natural remedy for a variety of ailments. It was even mentioned  as a natural remedy in the writings of Hippocrates in Ancient Greece.

The liquid extract made from the plant’s berries (known as “elderberry) is “active against human pathogenic bacteria as well as influenza viruses,” and it has gained heightened popularity in recent years as a cure for the common cold.

Research published in 2016 has shown that it is effective in shortening the duration of the common cold when tested on international air-travelers. A previous study published in 2004 found that “elderberry extract seems to offer an efficient, safe and cost-effective treatment for influenza,” but it also highlights the need for further confirmation in a larger study.

Liquid elderberry extract is also believed to be effective against herpes simplex virus.

Since antiquity, mankind has used the marijuana plant to treat a wide variety of ailments and just to feel better as well. This herbaceous flowering plant grows across the world and has for thousands of years been used not only for medical and recreational use but also to make oil and wearable fibers.

Commonly known as marijuana, the plant is most known because of the psychoactive properties of its chemical tetrahydrocannabinol (THC). THC is one of at least 113 compounds in the plant which are called cannabinoids. The intoxicating qualities of THC can also help patients dealing with nausea, stress, sleep impairment, loss of appetite, and a wide variety of other ailments.

Marijuana is effective because cannabinoids like THC can activate the endocannabinoid system, which exists in all vertebrates and helps regulate crucial functions such as sleep, pain, and appetite. There is a growing body of research showing how cannabis and cannabinoid treatments can be medically beneficial and dozens of countries around the world recognize its medicinal value.

In recent years, an entire industry has developed around cannabidiol (CBD), a cannabinoid that is used to treat a variety of ailments, including pain, anxiety, and neurological disorders like epilepsy, to name just a few. CBD products are sold today as wellness products in countries around the world.

Like turmeric, ginger is a flowering plant whose rhizome (commonly referred to as “ginger root”) has a long and storied history as a traditional medicine. It is from the same plant family as turmeric and is grown worldwide for use as a spice and natural remedy, especially in Asia.

The main active ingredient in ginger is the oil gingerol, which “is known to exhibit a variety of biological activities including anticancer, anti-inflammation, and anti-oxidation.”

One of the most common historical uses of ginger has been to alleviate nausea and vomiting, including during pregnancy. It also has a long history as an effective remedy for seasickness.

Ginger is often consumed in powder form, in juices, or as a tea prepared by boiling fresh ginger rhizome.

Echinacea is a genus of flowering plant from the daisy family, which grows in North America in areas east of the Rocky Mountains as well as in Europe.

Indigenous peoples in North America traditionally used the leaves, stalk and roots of the echinacea as a form of medicine, for everything ranging from external treatment of wounds to toothaches, sore throats, and stomach cramps.

In modern times, it has gained popularity as a treatment to prevent and fight the symptoms of the common cold and influenza, and a 2010 clinical trial found that while it “did not make a large impact on the course of the common cold,” echinacea use did trend “in the direction of benefit, amounting to an average half-day reduction in the duration of a week-long cold.”

Some research has surmised that extended use of echinacea (more than four months) could overstimulate the immune system, though one 2012 study found that treatment using echinacea for four months appeared to be beneficial and did not induce health risks that should preclude recommending it as a natural remedy.