Home Plant
Other plants and the endocannabinoid system: exploring beyond cannabis
8 min read

Other plants and the endocannabinoid system: exploring beyond cannabis 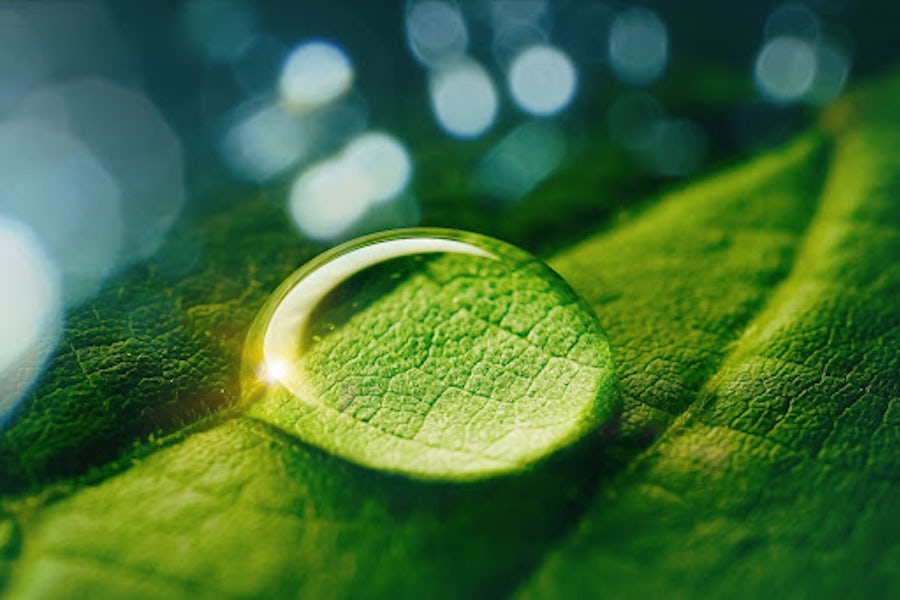 Although it’s commonly said that only cannabis makes cannabinoids, there are numerous plant molecules that are similar in shape to the well known cannabinoids found in cannabis (Shutterstock)

Cannabis has done a lot to make the world a better place, from make food and sex better to helping treat children with epilepsy. But perhaps the most miraculous thing that cannabis has done for humanity is help us realize the critical importance of the endocannabinoid system (ECS).

Tetrahydrocannabinol (THC), the high-inducing molecule in cannabis, has opened our eyes to the complex and intricate endocannabinoid system that is shared by nearly all animals of planet earth. Now, thanks to an evolving understanding of the ECS and advancing research methods, modern science is now highlighting how other plants can interact with the ECS in unique and interesting ways.

It is common knowledge that cannabis produces THC, a psychotropic cannabinoid and the chemical in cannabis that causes a high. It causes this high and other effects in the body by interacting with an important regulatory system inside all of us: the endocannabinoid system.

What is less well known is that there is an emerging class of natural products that also interact with the endocannabinoid system. These naturally derived molecules can be found all over nature in the following places:

Their application can often be traced back to indigenous or folk medicine. The constituents of these natural products can interact with the ECS and can do so in multiple different ways. Molecules with these cannabis-like properties can be lumped into an emerging class of molecules known as cannabimimetics. 1

Cannabimimetics, a term which translates to “cannabinoid mimicking,” are molecules from non-cannabis sources that produce their effects via the ECS. Technically speaking this term can be applied to both natural products or synthetic drugs made by scientists, but for the purposes of this article we will focus solely on naturally occurring cannabimimetic compounds.

Saying that these plant molecules work by interacting with the ECS is a simplification. Here’s how it really works:

Although it’s commonly said that only cannabis makes cannabinoids, there are numerous plant molecules that are similar in shape to the well known cannabinoids found in cannabis. These molecules can technically also be characterized as phytocannabinoids. The prefix phyto- simply means plant and isn’t specific to cannabis. Some of these non-cannabis phytocannabinoids likely have activity in the body similar to those found in cannabis, with one molecule from liverwort even mimicking the effects of THC and causing a “high.” 2 3

Because our knowledge of how the endocannabinoid system works is still relatively new (only first discovered in the early 1990’s), our understanding continues to evolve as we unravel the mysteries of how plants have therapeutic effects in the body. There is, however, an increasingly common suspicion shared by researchers that the effects from consuming specific plants, herbs, and fungi may hold the key to explaining certain fluctuations in endocannabinoid tone. There is also good reason to believe that our diet, in particular the fats we eat, also has a major influence on endocannabinoid tone. 5 6

What is THC? Here's everything you need to know

Phytocannabinoids, but not from cannabis

If you have ever heard of CBG (or technically CBGa), you would know it is called the mother of all cannabinoids and is the precursor molecules to THC and CBD; the best known molecules in cannabis.

More recent discoveries have identified a number of other plants that are producing cannabinoids with a shared molecular scaffolding. In other words, a number of plants are making molecules with a shared structural backbone, but often with modified appendages.

These cannabinoids are found in the following places:

Even more interesting is that there is good reason to believe that these molecules could be consumed and produce an effect in the body–but what effect they produce remains mostly a mystery. Importantly, many natural products like the ones above also produce toxic or unpleasant molecules to deter predators, which means that eating them could make you sick. So don’t go around consuming these plants and expecting to get high, as none have yet to show robust activity at the CB1 receptors either. 8

There are also molecules without the classical phytocannabinoid shape that can interact with the cannabinoid receptors. These molecules will not be similar in chemical shape, but their effects can still be defined as cannabimimetic as their activity is mediated through the endocannabinoid system. These newly discovered actions of certain plant molecules could help explain the function of some more Eastern medicine practices.
The most pertinent of these cannabimimetic molecules is actually produced in cannabis, but it’s not a cannabinoid at all. Beta-Caryophyllene is a common terpene in cannabis that may be a major contributor to the therapeutic effects of cannabis. It is a known activator of the CB2 receptors, which play an important role in inflammation and the immune system.

Another famous example of a cannabimimetic plant is the coneflower, or echinaceas purpura, which is commonly used in folk medicine. Echinacea is also one of the few herbal medicines that has been shown in placebo controlled trials to reduce severity/duration of the common cold, although there is controversy around the true efficacy and significance of this effect. It has been proposed that molecules within echinacea, known as n-acylethanolamines (NAEs), act as CB2 selective agonists (meaning they do not get you high) and influence the body’s immune response to the viral infection. 9 10

Plant molecules that interact directly with the ECS are not as rare as once thought, and as we continue to discover more about the science behind the endocannabinoid system, we will continue to learn about the cannabis-like properties other plant molecules like terpenoids, curcuminoids, and components in wine like resveratrol. 11 12

Direct interaction with the receptors of the endocannabinoid system is just one way in which the natural products can interact with the ECS. There is another mechanism by which we can target the ECS therapeutically, either by pharmaceuticals – an ongoing endeavor for pharmaceutical makers – or by natural products that affect ECS enzymes. These enzymes are an important part of a healthy endocannabinoid system, producing and degrading the endocannabinoids as needed to keep the whole system in balance. 13

Kaempherol is a flavonoid produced by cannabis and many other plants. It can be found in fruits and vegetables ranging from blackberries to broccoli. This molecule serves as an antioxidant for the plant, but interestingly it has been shown in laboratory studies to inhibit an important enzyme within the ECS. This enzyme is known as FAAH, Fatty Acid Amide Hydrolase, and it is responsible for the breakdown of Anandamide-like molecules in the body. 14

Based on these early lab studies, kaempferol was the most potent flavonoid that inhibited FAAH. So it’s reasonable to think that ingesting a kaempferol-containing food could lead to a substantial increase in circulating anandamide levels, which could have significant impacts on our health and mood. Since kaempferol is common in fruits and veggies, all the more reason to eat more plants, even if we don’t have much evidence yet.

There are also molecules that can inhibit another enzyme within the ECS known as MAGL, monoacylglycerol lipase. This enzyme is responsible for the natural breakdown of 2-AG, another common endocannabinoid in the body. MAGL inhibition leads to increased levels of 2-AG, which can impact the following:

Because of all of the potential therapeutic implications of modifying the ECS via MAGL, there are numerous pharmaceuticals being studied that use this mechanism to combat illness ranging from neurologic disease like tourette’s syndrome to GI disease like indigestion. 15

A naturally occurring example of MAGL inhibitors are tanshinones, a group of terpene-like molecules found in large amounts in Chinese sage roots and other traditional Chinese medicines. Some of these tanshinones are said to have therapeutic uses, and modern science has revealed that one way they produce effects is by modulating the ECS. But tanshinones are not the only natural products with these qualities, there is also pristimerin and euphol, which have only recently been viewed through the ECS lens 16 17 18

Cannabis is indeed a unique, multi-purpose herb and a prolific producer of phytocannabinoids. The fact that other plants make cannabinoid-like molecules and unrelated molecules that can interact with the ECS is evidence that plants and animals co-evolved to speak a similar chemical language. The relationship between the chemicals that plants produce and the receptors within animals is an undeniable form of biochemical evolution that has allowed for humans to leverage plants as medicine (including cannabis) for millennia.

When you zoom out from cannabis and you examine the way our bodies interact with plant molecules in general, you can see a beautiful complexity of molecular communication via the endocannabinoid system. This ECS-centric perspective on plant medicine, one that has been illuminated by cannabis and was previously unexplained by modern science, could hold insights to the medicines of our ancestors.