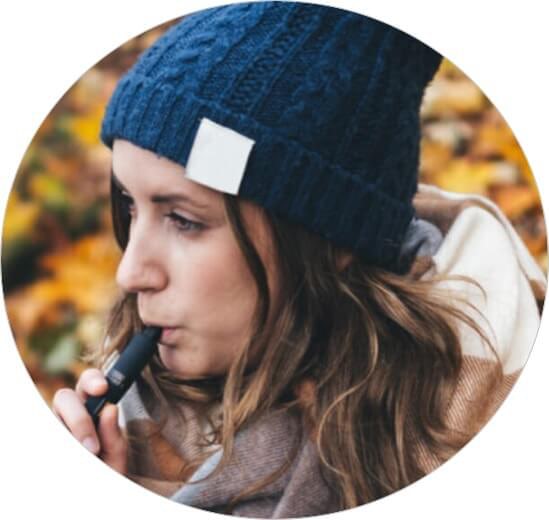 I had started raising a family and often found myself exhausted, needing a nap to get through the day Pamela Reed

Over 30 years ago, while in High School, Pamela Reed was diagnosed with Rheumatoid Arthritis.

As she relates today, “I was shocked! I thought arthritis was a disease for old people. I didn’t know any teenagers with Rheumatoid Arthritis.” Unfortunately, the treatment for Rheumatoid Arthritis in the 1980s was limited to methotrexate — a chemotherapy drug used in cancer treatment. “I was just a kid and the side effects of methotrexate were scary. With my parent’s support, I opted to not take the drug.”

What alternatives did you try?

Pamela’s immune system continued to misfire, leading to multiple diagnoses. Over the next several decades, during the prime of her adult life, she continued to be diagnosed with new autoimmune diseases: Hashimoto’s hypothyroid, Sjogren’s syndrome, eosinophilic esophagitis, and fibromyalgia. Frustrated by the reactive nature of those medical options, she sought out alternative treatments.

“Over the course of three decades, I tried just about everything that was suggested to me —  sometimes with some success — but even those short term victories didn’t last and I would add another autoimmune disease to the list.”

Western medicine has been slow to look at the big picture of autoimmune disease, and Pamela’s personal experience was no different.  “I saw an endocrinologist, rheumatologist, gastroenterologist… yet none of my physicians would even attempt to explain why my body seemed bent on being in self-destruct mode.”

Were you able to continue working?

“I had started raising a family and often found myself exhausted, needing a nap to get through the day. When I did try to venture into the workforce full-time, I would get hit with another flare and then another diagnosis.” The pain and exhaustion would sometimes be so debilitating that Pamela would nap while her children were in school, just so she could get through the day, after school got out.

“I just had enough.  I went off all of my prescription medications except for my thyroid medication, which happens to be dissected animal thyroid, so that’s about as replacement based as you can get.”

Pamela describes the process of a pain drug holiday as one of the most challenging processes she had ever gone through — both physically and mentally. “My pain management doctor was hesitant to support my going off all my pain meds, but when he told me that Morphine was my last option, it was a true ‘ah-ha’ moment. I was a wife and mother, raising my children, and there was no way I was going to take Morphine on a daily basis.”

Pamela’s experience is typical for sufferers of chronic pain. Pain management drugs lose their efficacy with regular use — so the only next step, from the pain management viewpoint, is going up to the next level of narcotics.

Reluctantly, her doctor helped her set up a regimen for tapering off the meds, but only with the support of her husband was Pamela ready to start the tapering. “It was grueling. Your body becomes dependent on that next dosage. We made the step-down day each Friday, so that on Saturday — when I wanted to try and peel off my skin — my husband could be home to take the lead and talk me through the rough hours.”

Although challenging, Pamela describes that 12-week taper as the single best medical decision she’s ever made.  “The perception of pain is so complex — the more pain I had, the more sensitive my system became to perceiving the pain.”  Prescription pain meds were never intended to address chronic pain.

Who suggested medical marijuana as a treatment?

After doing her pain drug holiday, Pamela sought out other approaches she felt were more proactive than Western medicine was. She tried Chinese medicine to address her over-reactive immune system and began to focus on addressing gut health. “At the time, we lived in North Carolina and medical marijuana was illegal.  My practitioner suggested trying cannabis to help with pain relief, but there was no access to anything lab-verified or tested.”

What did you think of cannabis back then?

“It wasn’t until my son began working with cannabis, in another state, that I was ready to try it. When I traveled to visit him in Maine [where medical cannabis is legal], I was skeptical of what he was involved in — you know, we were wary of what the operation was really all about.”

After touring the cultivation site and seeing the science behind how cannabis tinctures were actually made, her son convinced her to try a balanced THC:CBD tincture.

“I knew nothing about CBD.  But I knew my son wouldn’t have me try anything dangerous or that could be harmful.”

What did you think of medical cannabis now?

“I really should buy some stock in a reputable company — because I tell everyone to try cannabis oil, especially if it’s rich in CBD!  It helps reduce my overall fatigue and pain levels. It helps me sleep so much better — which then indirectly helps with so many of my body’s operating systems.”

Pamela’s cannabis treatment regimen has come a long way since she started out, too. She generally takes between 20 and 30 milligrams of total active cannabinoids per day, almost entirely in the form of cannabis tinctures based in olive oil.

During the daytime Pamela takes ~10 mg of a 6:1 CBD:THC split. Usually this comes in the form of a single late-morning dose, though other times she’ll take smaller doses throughout the day. For her, a 6:1 blend provides the best of both worlds: tangible relief, with a minimum of psychotropic side effects. After all, feeling fully aware and “with it” around her family couldn’t be more important for Pam.

Pamela usually takes a different approach in the evening, favoring 10 or more milligrams of a 1:1:4 CBD:THC:CBN blend. This formula is the one responsible for her ability to “sleep so much better,” as she put it. It’s highly sedative, but once again, only mildly psychoactive.

Both of Pam’s tinctures of choice are derived from organically grown ACDC cultivars. Consequently they’re both rich in a-pinene, b-pinene, b-caryophyllene — and CBD, of course.

What would you advise to someone in a similar situation?

“Absolutely try medical cannabis. Don’t be afraid to get off your prescription pain meds. For folks who deal with chronic pain, that’s an easy endorsement to make.”

“When it comes to autoimmune disease issues, it is very hard to measure the impact that taking CBD regularly has had on my overall well-being and health.”

Because Pamela has already had so many years of damage to her joints, she still deals with everyday pain, usually related to specific use. “But the pain is so much less than it was when I relied on pharmaceuticals — and without any of the side effects of narcotics and pain meds. I’ll never go back to traditional, Western pain meds.”

Did you notice any change in your condition or symptoms?

“When I take cannabis oil before bed, I sleep better, period.  My experience with it is that it calms down the inflammation my body is plagued by.  It’s not just one improvement that I can pinpoint specifically — it’s much more fundamental than that.”

Did you notice any side effects?

“Interesting enough, the only side effect I notice — or the only problem I have — is if I forget to take my oil before bed. I don’t cycle down and then don’t sleep as well. And losing out on sleep, makes all my other systems work so much harder… which becomes an inflammatory issue for a body like mine.”

What is your message to people with a similar condition?

“Don’t be afraid to try CBD. Just make sure you know exactly what it is you’re buying and that it’s tested by a verified lab. And take care of yourself with nutrition and yoga. Here I am, 34 years into dealing with autoimmune diseases. I’ve learned so much about the immune system, and the importance of being proactive with my gut health — and cannabis provides the next step to stomping out excess inflammation. The future doesn’t look so daunting. I’m fully expecting to stop adding diagnoses to my plate. And that’s very exciting.”