Home Regulation
Is weed legal in the US Virgin Islands?
3 min read

Is weed legal in the US Virgin Islands? 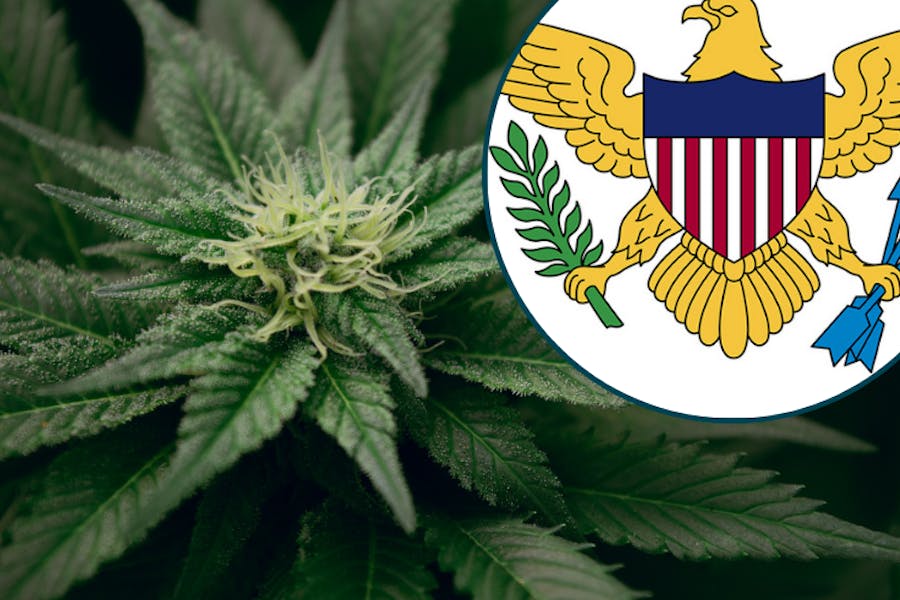 Cannabis is legal in the US Virgin Islands for medical use for both residents and visitors, and can be accessed at a number of dispensaries on the three main islands of St Thomas, St John and St Croix.

Those plans have so far failed to materialize, but small amounts of marijuana for personal use has been decriminalized, carrying a penalty of a fine rather than a jail term.

Medical marijuana was legalized in the US Virgin Islands after 56.4% of residents voted in favor of developing a scheme in a 2014 referendum. The bill providing for medical use was signed into law in 2019 in the form of the VI Medical Cannabis Patient Care Act, and it laid out a system whereby both residents and non-residents could access marijuana provided they held a permit card.

The bill also made provision for the licensing and regulation of cultivation, distribution and caregivers, with the intention to place the Virgin Islands at the forefront of the Caribbean wellness industry. However, little progress has been made with the VI Cannabis Advisory Board, which was to lay the groundwork for developing the industry, and with federal legalization looming on the US mainland, locals fear that they are about to lose their competitive advantage.

Personal use is decriminalized, but not legalized

As medical marijuana use was legalized, the governor set out his intentions to legalize marijuana for personal use. The move would have allowed the Islands to position themselves as a marijuana tourism hotspot, and to collect tax revenue from the sale and distribution of marijuana, but so far the plans have been stymied by expected miscalculations and disagreements over the planned permit system.

Nonetheless, possession of up to one ounce of marijuana was decriminalized in 2014. Here are what the fines and penalties look like for now:

In line with many other nations, the penalties for distribution are harsher than those for possession. Offenders caught with up to 50lbs can receive a maximum sentence of five years, and fines of up to $15,000. Again for repeat offenders the penalties double.

Those caught with more than 50lbs are sentenced according to the quantity held, with anything over 1000 lbs attracting a mandatory minimum sentence of 15 years, and fines up to $200,000.

Driving under the influence of marijuana is illegal for everyone on the Virgin Islands, whether a medical user or not.

Some of the marijuana consumed illicitly in the Virgin Islands is locally grown outside, however, poor growing conditions means that the quality is often fairly poor. There is an illicit trade throughout the Caribbean, with much of the illicit weed arriving in the Virgin Islands from St. Lucia and St. Vincent and the Grenadines, although its origin is often unknown.

What’s the situation for visitors to the Virgin Islands?

Access to marijuana by travelers to the US Virgin Islands is in line with the locals: visitors with a proven medical need can possess up to 3 ounces provided they have an identification card. Visitors who already hold cards issued in other jurisdictions can use their current card to obtain a temporary card for between five and thirty days.

Anyone who has been living on the Islands for 45 days or more is considered resident, and can apply for a one year card.

For visitors without a medical permit, marijuana use on the Virgin Islands is not legal, and carries a $200 fine for those caught with up to an ounce in public.