Is weed legal in Belize? 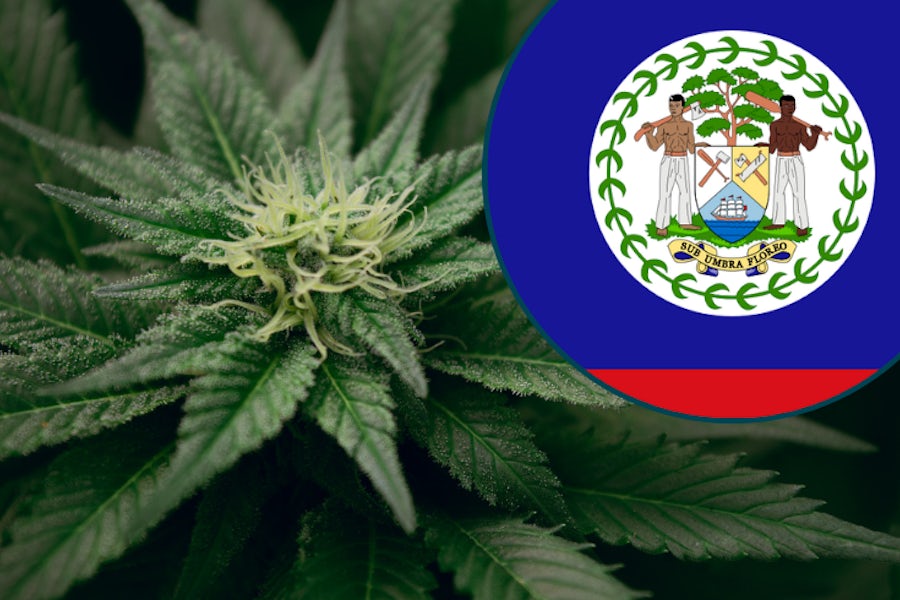 The status of cannabis in Belize is complicated. There is no medical program nor legal adult use market, but possession of 10 grams or less and consumption on private property is decriminalized.

Belize is one of the top countries in Central America when it comes to cannabis consumption, but buying, selling, and growing cannabis are illegal. Smoking in public or having a large amount of weed in your possession can result in fines or jail time. However, cannabis laws are changing.

A push for legalization in Belize

Contrary to popular opinion on the internet, weed is not (yet) legal in Belize.

In November 2017, the federal government passed the Misuse of Drugs Act, which decriminalized small amounts of cannabis and removed hemp from the controlled substances list.

In July 2021, amendments to the Act were introduced that would legalize an adult-use cannabis market, with eight different license types to create a legal supply chain. By February 2022, these regulations were reformatted and reintroduced to the federal government as the Cannabis Regulation and Licensing Bill. Both the new bill and amendments to the original bill were moving through the federal government, as of March 2022.

There is support among federal officials for legalized weed, however there is also strong opposition, particularly among religious groups, who call for a nationwide referendum prior to legalization.

These new regulations are clear indicators that the country is moving toward fully legal cannabis sometime in the near future. And even with limits to existing regulations, Belize still has one of the most progressive approaches to cannabis in Central America.

Cannabis is common in Belize, and can be fairly easy to find even as a visitor (if you ask the right people.)

A 2016 UN report named Belize as #18 on their list of top 30 weed smoking countries in the world, and estimated 8.5% of the population consumed cannabis. As cannabis use is usually underreported and laws have changed since then, the real number is likely much higher.

However, what is true for residents of Belize may not be true for tourists, and it would be unwise to walk around in public smoking or with cannabis. While cannabis consumption is common, possession of large amounts, public smoking, and selling are all still illegal and punishable by fines or even imprisonment.

Is there a medical marijuana program in Belize?

As of April 2022, there is no medical marijuana program in Belize. Current regulations do not differentiate between medical and adult use.

Can I buy CBD in Belize?

Yes, CBD is available for sale in Belize. The hemp industry is in the early stages of development, and no importation of products is allowed, so only domestically grown hemp is sold.

With the assistance of search engines and social media sites, you should be able to find CBD oil or other products in most major Belize cities.

FAQs about weed in Belize

Previous Article Should you put ice in your bong? Next Article Shrooms vs weed: the difference between magic mushrooms and cannabis
The Cannigma uses cookies to improve your experience and to show you personalized adsACCEPTPrivacy Policy
Manage consent