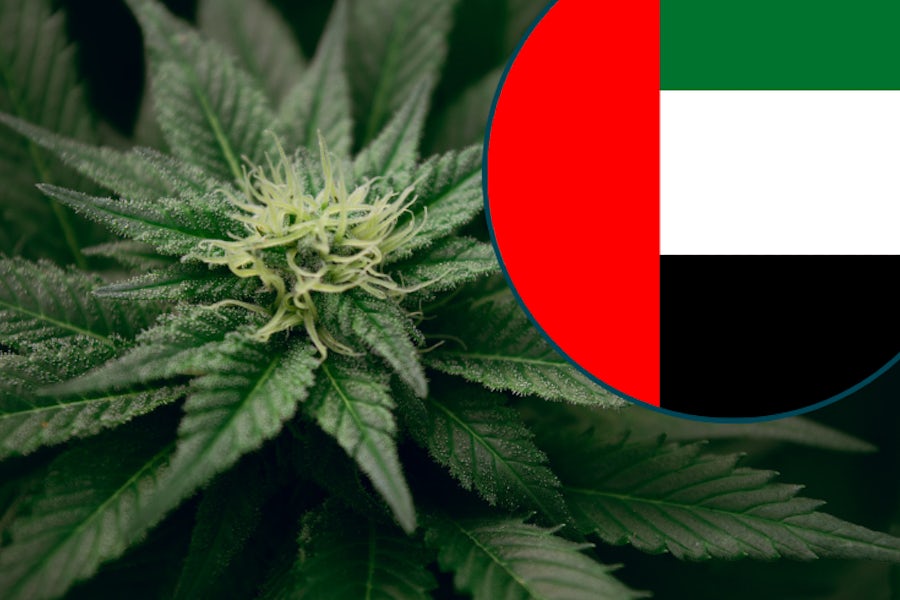 Cannabis use of any kind is not tolerated in the UAE. Anyone found to be in possession of weed in Dubai – which includes having it in their system – is liable to face jail time and a hefty fine, while until recently expats faced immediate expulsion from the country.

That has now changed somewhat, as on January 2, 2022 the UAE introduced sweeping changes to a number of laws across many sectors. This included alterations to the drug laws to recognize recreational drug use as an illness rather than outright criminality.

While this means slightly more lenient penalties for those caught using drugs, particularly for first time offenders, smoking weed in Dubai is still illegal and taboo among Emiratis.

How have changes to the UAE’s legal code affected marijuana use?

Weed laws in Dubai, along with the rest of the UAE, are strictly enforced by both the police and the general public, who will often report people suspected of being intoxicated to the authorities. In general, the state takes a zero tolerance approach to all drug use, and marijuna is no exception.

That said, recent changes to the law have made penalties ever so slightly more lenient, shifting the focus from punishment to rehabilitation.

Formerly, the minimum sentence for a first time offender was four years in jail, although this was reduced to two years in 2016.

In both cases the choice to issue jail time or a fine is at the discretion of the court.

The law also lays out provisions for the Ministry of Health and Prevention to start building dedicated treatment and rehabilitation centers for those convicted of drug use offenses, removing them from the general prison population.

Penalties for trafficking or selling weed remain severe, carrying a minimum jail term of five years and a fine of at least Dh50,000.

There is no provision for medical marijuana use in the UAE; all use is illegal, as is CBD oil, although products such as skin creams, lip balms and and other cosmetics in which hemp oil is an ingredient are permitted.

What do Dubai’s cannabis laws mean for travelers?

Visitors to the UAE and expats in the country should be mindful to follow the local laws on cannabis use, as they are strictly enforced, even for foreign citizens. The recent law change also introduced a measure of leniency here – formerly, expats could expect immediate deportment, whereas now judges can use their discretion when deciding whether to deport an offender.

Nonetheless, the UAE does take a zero tolerance approach to drug use among foreigners as well as its own citizens. Visitors should be mindful that possession is established not through finding drugs physically on a person or in their belongings, but applies if a person is found to have the drug within their system.

For example, in February 2021 a US citizen, Peter Clark, smoked marijuana legally within the United States prior to traveling to Dubai. The day after his arrival, Clark fell ill with pancreatitis and was hospitalized and treated. Prior to his discharge he was asked to give a urine sample, in which traces of marijuana were found. The doctors were obliged to turn those results over to the police, whereupon Clark was arrested, jailed for three days, and placed on a no-fly zone while the authorities decided whether to charge him. Clark spent two months in a hotel in Dubai under the threat of a three year jail term, before ultimately being deported after the US intervened in his case.

In a similar case, a British man, Connor Clements, was sentenced to two years in jail in Dubai after testing positive for marijuana in his system during a routine drug test for a new job. Clements had smoked marijuana in the UK ahead of his flight, but had not consumed any within the UAE.

Incidentally, this zero tolerance approach extends even to common pharmaceutical drugs such as sleeping pills and medication for conditions such as PTSD.

Can weed be grown in the UAE?

The UAE’s zero tolerance policy toward marijuana extends to growing weed domestically. Although some people may opt to do this, the risks of being caught mean that those who do will not readily admit to it, so it is difficult to gauge how many people take this option.

The country has no real cannabis production to speak of, although it does act as a major waypoint for cannabis shipped from Pakistan and Afghanistan. Due to its importance on world sea trade routes, Dubai is within the world’s top ten container ports.