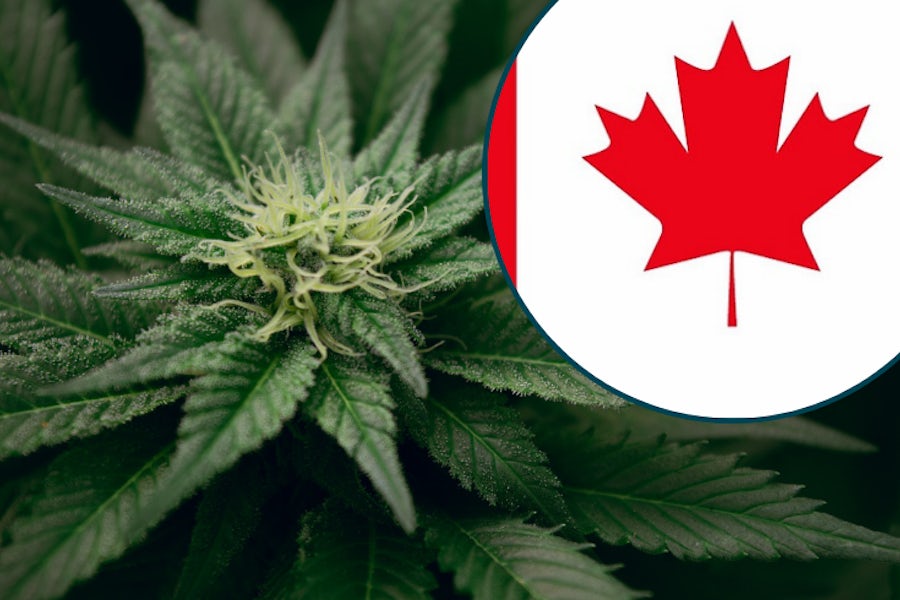 In 2018 Canada became the second country in the world after Uruguay to legalize marijuana for recreational adult use, and the first G7 country to do so. Medical cannabis has been legal since  2001.

Depending on the province or territory, Canadian law allows anyone over 19 years of age (21 in Quebec, 18 in Alberta) to possess cannabis. One can sell or distribute cannabis if authorized by the state.

Possession, producing, or distributing cannabis outside of what the legal framework can result in a fine or a maximum penalty of up to 14 years imprisonment.

➤ Cannabis laws around the world

History of marijuana legalization in Canada

This legislation was followed in June 2013 by the Marihuana for Medical Purposes Regulations, which laid out the conditions for a commercial industry that can produce and distribute medical marijuana. In 2015, the government of Canada issued expectations to allow licensed produces to make and sell cannabis oil and cannabis flowers, as well as other cannabis products.

In April 2017, the Minister of Justice Jody Wilson-Raybould submitted to the House of Commons Bill C-45, which enacted the Cannabis Act, a new act that allows the possession of up to 30 grams of cannabis in public and the cultivation of up to 4 cannabis plants per private residence.

The Cannabis Act (also known as S.C. 2018) was later passed in 2018 in part to “provide for the licit production of cannabis to reduce illicit activities in relation to cannabis,” and reduce the criminal justice burden created by cannabis laws while providing “access to a quality-controlled supply of cannabis.”

The regulations surrounding cannabis and the sale, production, and distribution of cannabis products can differ by region in Canada.

Where to purchase cannabis in Canada

Is weed legal in Canada for purchase? Cannabis purchases are allowed in Canada according to the regulations in the province or territory in question. There are currently physical cannabis storefronts in all provinces and territories except for Nunavut, where the Nunavut Liquor and Cannabis Commission sells cannabis remotely by way of online or phone orders, or in state-run liquor stores.

The cannabis retail stores are a mix of government-run retail shops or private stores, and some are a mix of the two.

Alberta currently has the most licensed cannabis stores — at nearly 500 — while Ontario, Canada’s most populous province, has only a few dozen.

Throughout the country, provinces and territories have adopted regulations regarding how and where they can sell cannabis in order to deal with the social distancing requirements of the COVID-19 outbreak.

How to qualify for medical marijuana in Canada

The current law governing medical marijuana in Canada is the “Access to Cannabis for Medical Purpose Regulations.”

Patients can qualify for medical cannabis in Canada by having their healthcare practitioner fill out the following form.

The law allows healthcare practitioners to provide an individual in their care with a medical document or written order allowing them to use cannabis for medical purposes, or to administer it to the patient themselves.

Approval is given for up to one year and must be extended afterwards.

Under the Cannabis Act, patients who qualify for medical marijuana — or an adult caretaker — can legally be in possession of either up to 150 grams of dried cannabis or 30-times the daily quantity of dried cannabis allowed in their registration document.

Adults over the age of 18 who reside in Canada and have not been convicted of a cannabis related offense can apply to produce cannabis for their own medical purposes. In order to determine how much, Health Canada has provided an online calendar. It takes into account your daily authorized usage and whether or not it will be an inside or outside grow.

In Canada you can receive medical cannabis for any condition or symptoms approved by your personal healthcare practitioner.

Canada requires a federal excise duty to be paid by cannabis producers when their products are delivered to a purchaser (such as a licensed dispensary). The excise stamp must appear on all cannabis products.

Cannabis customers must pay the Goods and Services Tax (GST) and the Harmonized Sales Tax (HST) when making a cannabis purchase. Depending on the province or territory, this can range from 5% to 15%.

Advocates have pushed for removing the sales tax for medical cannabis purchases, which can add roughly 10% to the cost of the medicine.

Traveling with cannabis in Canada

If you are flying within Canada you are allowed to bring your cannabis with you, up to the legal limit of 30 grams. Cannabis oil is allowed up to 100ml. If you wish to exceed these limits you will need to show proof of a legal medical marijuana permit. You are not allowed to carry cannabis onto the flight if it will cross into another country.

It is illegal to transport cannabis across the border into or out of Canada without declaring it, no matter the quantity or type of license.

Previous Article FDA proposes cannabis research guidelines — just no THC Next Article Will cannabis soon have molecular ‘tags’ to trace its origins?
The Cannigma uses cookies to improve your experience and to show you personalized adsACCEPTPrivacy Policy
Manage consent