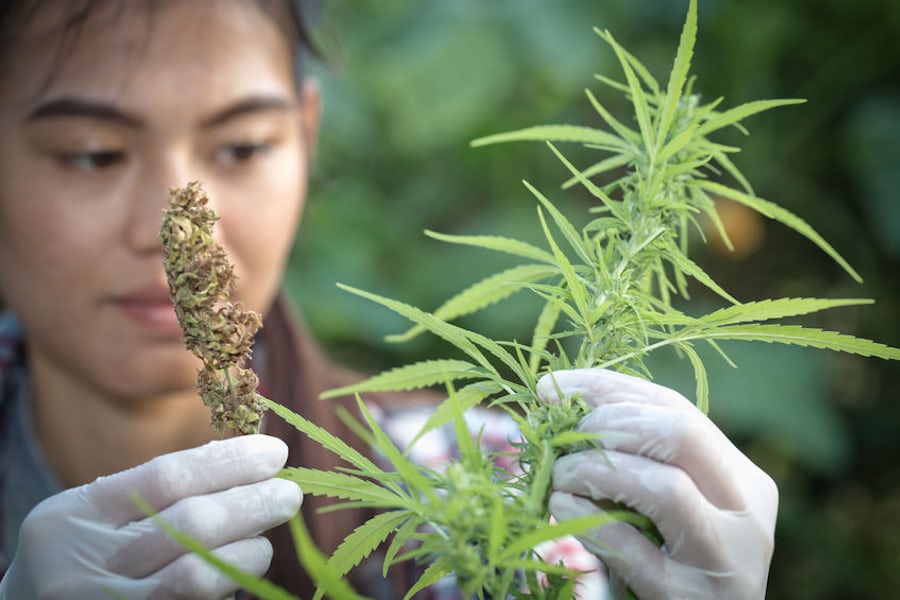 The US Food and Drug Administration is working on guidance for cannabis research and the production of cannabis-derived medications in the United States. A draft of the document, which has yet to be finalized includes a stipulation that cannabis used for research purposes have no more than 0.3% tetrahydrocannabinol (THC), which seemingly limits the new guidelines to hemp.

Scientists have long criticized the strict restrictions on the sources of cannabis allowed in scientific research as stymying progress and development in the field. Despite being legal for medical use in 33 states, cannabis is currently classified as a schedule I drug on a federal level, which means it has “no currently accepted medical use and a high potential for abuse.”

According to the FDA, the draft guidance relates only to “the development of human drugs and does not cover other FDA-regulated products,” or fully synthetic cannabis-related compounds.

The document will cover the acceptable sources of cannabis cannabis for clinical research, quality considerations, and recommendations for THC levels.

“It is critical that the FDA continues to do what we can to support the science needed to develop new drugs from cannabis. The FDA believes the drug approval process represents the best way to ensure that safe and effective new medicines, including any drugs that contain cannabis or cannabis-derived compounds, are available to patients in need of appropriate medical therapy,” FDA Principal Deputy Commissioner Amy Abernethy M.D., Ph.D said in a press release last week.

“The agency is committed to supporting the development of these new drugs through the investigational new drug, drug review and drug approval processes — and one key element of this support involves development of guidance, like this one,” Abernethy said.

In late March, a group of scientists in Arizona filed a lawsuit against the DEA demanding that it disclose its efforts to ease up on regulations on medical research. Cannabis is still illegal under federal law and for decades there has been only one facility in the United States that is licensed to produce marijuana for federally sanctioned research, at the University of Mississippi.

According to the scientists in Arizona, the marijuana grown at the University of Mississippi “is junk, ill-suited for clinical trials, and genetically closer to hemp than the marijuana available from dispensaries and used by Americans nationwide. This marijuana sabotages clinical research and makes it impossible to do rigorous clinical trials with medical marijuana in the United States.”

The draft guidelines also cover the “adequate characterization of cannabis and cannabis-derived compounds, for example via a chemical fingerprint,” among other recommendations.

In February, the FDA’s deputy director of regulator programs Douglas Throckmorton stated that the organization is in favor of “scientific research into the medical uses of cannabis and its constituents in scientifically valid investigations as part of the agency’s drug review and approval process.”

Throckmorton added “the Agency is committed to supporting the development of new drugs, including cannabis and cannabis-derived drugs, through the investigational new drug and drug approval process.”

As of today, the FDA has only approved one cannabis-based medication, Epidiolex, which contains CBD (cannabidiol) and is used to treat rare forms of epilepsy.

Previous Article Fighting COVID-19 with cannabis: Where the research stands Next Article Cannabis laws in Canada: Is marijuana legal?
The Cannigma uses cookies to improve your experience and to show you personalized adsACCEPTPrivacy Policy
Manage consent