Home > Treatment > Why Whole-Plant Cannabis Is Better Than Isolate

Why Whole-Plant Cannabis Is Better Than Isolate

Chances are you’re familiar with THC and CBD. When it comes to the therapeutic benefits of cannabis, these two compounds tend to get all the praise.

In reality, however, the Cannabis sativa plant contains hundreds of beneficial components. These compounds not only have benefits of their own but also work in synergy with each other.

This synergy—known as the “entourage effect”—can be harnessed by using whole-plant cannabis preparations instead of isolated THC or CBD.

The entourage effect refers to the improved effectiveness of whole-plant cannabis preparations compared to CBD or THC alone.

This effect is the result of complex interactions between CBD, THC, dozens of minor cannabinoids such as cannabichromene (CBC) and cannabigerol (CBG), terpenes, flavonoids, fatty acids, and other active compounds found in cannabis.

As such, when using the whole cannabis plant, you’re not just benefitting from CBD or THC but from all of the active components of cannabis and their synergistic interactions.

One effective way to imagine the entourage effect is to think of an orchestra. When played together, all of the musical components of an orchestra—piano, violin, flute, and others—produce a sound that’s more pleasant and harmonious than the individual instruments.

Similarly, the combination of cannabinoids, terpenes, and other cannabis compounds produces effects that are greater than each individual compound. As the popular saying goes, the whole truly is greater than the sum of its parts.

THC can cause mind-altering effects: the “high” associated with marijuana use. However, when used alongside CBD, research suggests that the psychoactive effects of THC such as anxiety and paranoia are reduced while its therapeutic benefits are enhanced.

Synergy Between Cannabinoids and Terpenes

Another key component of the entourage effect is the synergy between cannabinoids and terpenes. Terpenes are a class of natural compounds found in a wide variety of plants with distinct flavors and health effects.

The hundreds of terpenes present in cannabis—such as linalool, limonene, and pinene—have unique therapeutic effects that are helpful by themselves and alter the effects of cannabinoids.

One notable example is the terpene myrcene, which improves the passage of compounds across the blood-brain barrier. Thanks to this, myrcene can make it easier for cannabinoids to enter the brain, making them more effective. In addition, myrcene has sedating properties that can aid the sleep-inducing effects of cannabis.

Meanwhile, the terpene limonene has shown anti-inflammatory, anti-anxiety, and anti-stress properties that can add on to the effects of CBD and other cannabinoids.

However, these examples are just scratching the surface, and the interaction of terpenes and cannabinoids represents the next great frontier of cannabis research.

Research Evidence for the Entourage Effect

The entourage effect was discovered in a 1998 study by researchers from the Hebrew University of Jerusalem, one of the world leaders in cannabis research. In the study, researchers examined 2-AG, one of the two main endocannabinoids produced inside the human body.

When they administered 2-AG to mice alongside two related cannabis compounds, its beneficial effects—such as pain reduction—were stronger.

Since its discovery, the entourage effect has been demonstrated by research studies time and time again. For example, a 2010 study by British researchers showed that an extract combining THC with CBD resulted in greater pain reduction in cancer patients than THC alone.

Similarly, a 2018 review by Brazilian researchers reported that CBD-rich, whole-plant cannabis extract was more effective than purified, isolated CBD at treating epilepsy. More specifically, the researchers found that patients who took the whole-plant extract required smaller doses and had fewer side effects than those taking pure CBD.

Meanwhile, a 2015 study in mice demonstrated that whole-plant CBD extracts resulted in a greater reduction of inflammation and pain than isolated CBD.

Whole-plant or “full-spectrum” preparations contain the complete range of beneficial compounds found in cannabis. Because of this, full-spectrum products are the ideal way to maximize the entourage effect.

Arguably the best example of a full-spectrum preparation is the cannabis people have smoked for thousands of years throughout history. As is the case with other medicinal herbs, humans have always used cannabis in its whole plant form.

Another prominent example is full-spectrum CBD oil tinctures that have been rapidly growing in popularity over the past several years. These tinctures are made from hemp—a cannabis variety characterized by low THC levels and high CBD levels.

Products With Isolated CBD or THC

Cannabis preparations that contain only THC or CBD are called isolates. These formulations lack all of the other cannabinoids and terpenes found in full-spectrum extracts. Both THC and CBD isolates are widely used in prescription drugs made by pharmaceutical companies.

For example, the synthetic, pharmaceutical version of THC called Marinol is used to help with specific issues such as nausea caused by chemotherapy. Similarly, the British company GW Pharmaceuticals offers Epidiolex, a CBD-isolate drug used for the treatment of Lennox-Gastaut syndrome and Dravet syndrome — two specific types of epilepsy.

These preparations certainly have their uses, especially for treating specific conditions. On the whole, however, research suggests they are not as effective as full-spectrum cannabis formulations, which have fewer side effects and require smaller doses.

How to Find Full-Spectrum Cannabis Products

It’s clear that whole-plant, full-spectrum cannabis preparations are more effective than isolated CBD or THC. But how do you make sure the product you’re thinking about buying contains full-spectrum extract?

Having said that, cannabis product labels can be misleading. The sure-fire way to verify that you’re buying a whole-plant formulation is third-party testing.

Without a doubt, the best way to ensure you’re buying a high-quality, full-spectrum cannabis product is third-party lab test results.

Done by an independent laboratory, these tests list the cannabinoids present in the product. The results of these tests should be publically available on the product page or elsewhere on the brand’s website. A full-spectrum cannabis formulation will show multiple cannabinoids instead of only CBD or THC.

Third-party tests are common for CBD oils and similar products because the CBD industry is largely unregulated, so there isn’t much stopping companies from selling preparations that don’t contain what they claim.

For thousands of years, humans have used cannabis and other medicinal herbs in their whole-plant form. Now, thanks to modern scientific research, we have proof that this historical practice is superior to using isolated compounds because of the entourage effect.

While this hasn’t stopped some companies from manufacturing products made with isolated CBD or THC, full-spectrum formulations containing the complete range of beneficial compounds present in cannabis are more effective, requiring smaller doses and having fewer side effects.

If you want to get the most health benefits out of your cannabis products — whether it’s CBD oil, a smoked cannabis strain, or anything else — full-spectrum preparations are the way to go. 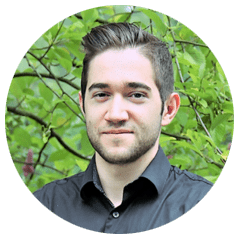 Gleb is a freelance health writer from Vancouver, Canada, with a passion for educating people about the health benefits of CBD and cannabis....