Is weed legal in Brazil? 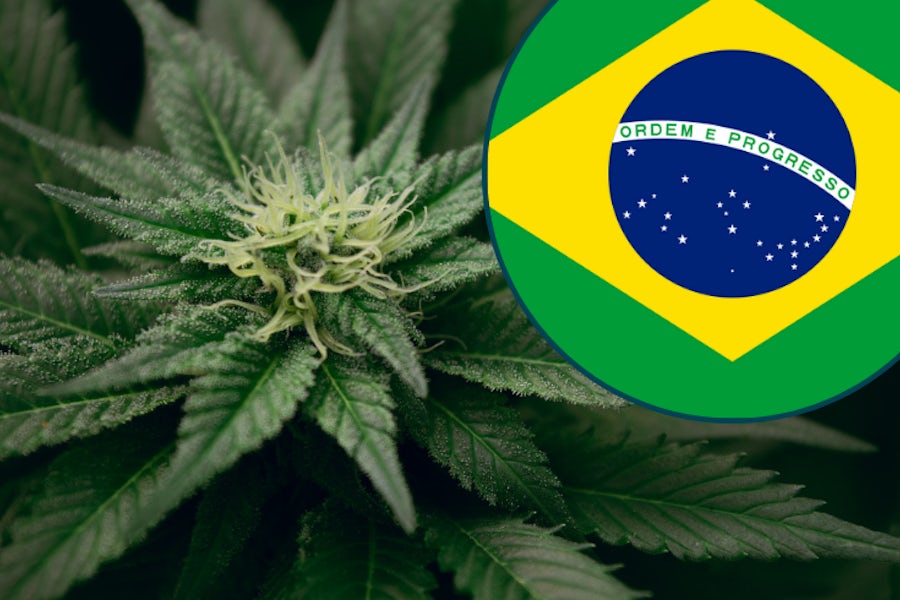 Pedro Alvares Cabral brought cannabis to Brazil on a fleet of ships in 1500. The ships’ ropes and sails held around 80 tons of marijuana in the form of hemp fibers. It was largely ignored for a long time by everyone besides the local population of African slaves trafficked to Brazil by the Portuguese. These slaves were familiar with the psychoactive use of cannabis. As a result, the 1830 Municipal Council of Rio de Janeiro prohibited bringing cannabis into the city and punished any slaves caught using it.

While recreational use of weed is illegal in Brazil, it is prevalent and can be purchased relatively easily on the streets, particularly in certain neighborhoods. Poor-quality cannabis is cheap in Brazil, costing anywhere from $0.50 and $15 per gram.

Penalties are steep for using weed in Brazil. If caught, you can be fined $500 to $1500 and jailed for 5-15 years for selling, transporting, or trafficking marijuana in Brazil. Word of mouth reports abound of police officers being bribed to drop charges for illegal cannabis use, though bribing the police can also entail serious criminal charges.

Possession and cultivation of cannabis in personal amounts and for private use was decriminalized in Brazil in 2006. Currently, people caught using cannabis in public in Brazil incur a warning, community service, and mandatory education on the effects of drug use. This critical change distinguishes cannabis users from cannabis traffickers.

Brazil has taken tentative steps towards legalizing the medical and personal use of cannabis. This reform particularly applies to the cultivation of cannabis for medicinal purposes.

Cannabis-based medications are legal in Brazil for terminally ill patients or patients who have tried all other treatment options.

In 2015, CBD was reclassified by ANVISA, the Brazilian Health Regulatory Agency (the country’s FDA equivalent), as a controlled substance in 2015. This made it legal for cannabis-based medications with THC amounts over 0.2% to be prescribed for the terminally ill.

In 2017, Metavyl, a marijuana-based oral spray medication was released onto the market in Brazil.

Previously, THC-based medications could only be imported with special permission from ANVISA, but in 2019, the regulations began to allow pharmacy sales of medical cannabis products. Products with less than 0.2% THC can be prescribed with fewer restrictions. In 2020, ANVISA allowed the commercialization of other medical cannabis products in the Brazilian market. ANVISA’s clearance applies to both THC and CBD-based medicinal products.

In Brazil, medicinal marijuana is cost-prohibitive for most patients (around $400 a month), and only one month’s worth of consumption can be bought at a time. The high cost and import delays make it difficult to acquire for those who need it. Currently, only three companies in Brazil are authorized to cultivate, harvest, and handle medical cannabis: Abrace, Cultive, and Apepi.

Brazil’s President Jair Bolsonaro was elected in 2018 and he leads a conservative, far-right government that seems unlikely to approve cannabis legislation. However, bill proposals regarding marijuana have the support of prominent members of the farm sector, which helped Bolsonaro narrowly win the 2018 election.

Though many Brazilians consider marijuana harmful, a 2014 survey indicated that a majority (57%) of the population approved the legalization of marijuana for medicinal purposes.

Some 32% of the population believe drug trafficking would be reduced after regulation. While 50% of people think that marijuana is as harmful to health as smoking tobacco, and 59% believe it is as dangerous as alcohol.

As of 2021, proposed legislation has been brought forward in the Brazilian Congress, with at least 27 bills that would:

The law titled PL 399/2015 would legalize domestic cultivation of cannabis for medical, veterinary, scientific, and industrial purposes. It was approved by the Brazilian Chamber of Deputies’ Special Commision on June 8, 2021. It was narrowly approved by Brazil’s Congress and must now pass the Senate. After that, President Bolsonaro must sign it into law. The president has previously indicated that he may veto this legislation even if it passes both houses.

A market for opportunity

International cannabis companies see much potential in Brazil. The country has a consumer market of 10 to 13 million people. If the current laws are loosened, Brazil is poised to become a leading cultivator of cannabis and hemp.

The warm, tropical climate in Brazil allows cannabis plants to be grown outdoors, and Brazil’s proximity to the equator means that sunlight hours remain fairly stable throughout the year. Brazil could eventually outpace China as the world’s largest hemp producer.

Brazil’s approach to cannabis is changing, with ongoing attempts at legalization reform along with scientific research. For example, a cannabis research and cultivation project is being undertaken at the Federal University of Vicosa in Minas Gerais.

While nothing is yet certain, even conservative lawmakers seem amenable to considering legislative change where cannabis is concerned. Brazil’s environment seems ripe for change.

Previous Article Read this before you try to roll the perfect Backwoods blunt Next Article How can I make a balm with RSO?
The Cannigma uses cookies to improve your experience and to show you personalized adsACCEPTPrivacy Policy
Manage consent